Whenever NFL coaches are asked a moderately provocative question, they all seem to dispense the same answer: they’re all just taking it one game, one quarter, and one play at a time. There’s no need to get fancy, deviate from the principles that got you there in the first place, or try and be someone you’re not. That tried-and-true credo also applies, apparently, to fashion designers at the top of their game—and to their superstar collaborators. While past Super Bowl performers have put a premium on almost cartoonishly over-the-top ensembles—Lady Gaga’s Swarovski-crystal-covered bodysuit and accompanying spiky gold jacket comes to mind—The Weeknd and Givenchy took an almost opposite approach: they stuck to their principles, and heightened what they do best, while designing an outfit for the star to wear during tonight’s Super Bowl halftime performance.

Over the last year, The Weeknd has carved out a familiar uniform for himself: black shirt, black tie, and crimson red jacket. He’d make a handsome Batman villain if he wanted. His halftime performance began in that usual uniform before he blinded the audience with light by changing into a version of the jacket hand-embroidered with crystals. The jacket is a masterwork—assembled by four embroiderers in a process that took over 250 hours—but is still a version of The Weeknd’s now-signature look. In other words, both The Weeknd and Givenchy stuck to their principles and worked with what got them to the Super Bowl in the first place. Bill Belichick would be proud.

For designer Matthew Williams, who got Givenchy to one of the most watched stages within his first year leading the brand, it was just another game. “You know, of course it’s great visibility and an amazing opportunity for us to showcase what we do on a bigger scale, but at the end of the day, I try to do things I like and work with people who inspire me to be creative,” he said in an email to GQ. That’s the smart approach when there are roughly 100 million sets of eyeballs on you.

There’s a reason coaches, and fashion designers apparently, prefer to stick to the fundamentals: it can yield colossal results. Whether that’s a Patrick Mahomes-to-Travis-Kielce touchdown, or a chance to put the most meticulously made and rarefied version of fashion at center stage. While the 2019 Super Bowl’s hodgepodge of musicians from Adam Levine to Travis Scott brought flaming-hot streetwear to a worldwide audience, Williams and The Weeknd are elevating haute couture to the masses. “We wanted the looks to feature the boldness of his character and reflect his great stage presence, as well as convey how skilled the Givenchy ateliers are for tailoring,” Williams said. While couture is already a niche concern for fashion’s most obsessive (and wealthy) clientele, that’s doubly true for the men’s side of it. However, in recent years, some houses have started championing the cause and making fashion that’s been equally fussed over for men. Among those taking up the mantle are Kim Jones’s Dior, Margiela, and Givenchy. Now, thanks to the Weeknd’s Super Bowl performance, it’s not just a house’s top clients, but a worldwide audience who gets to see the type of craftsmanship—again: a jacket completely set with crystals!—that can be accomplished by a well-oiled atelier. 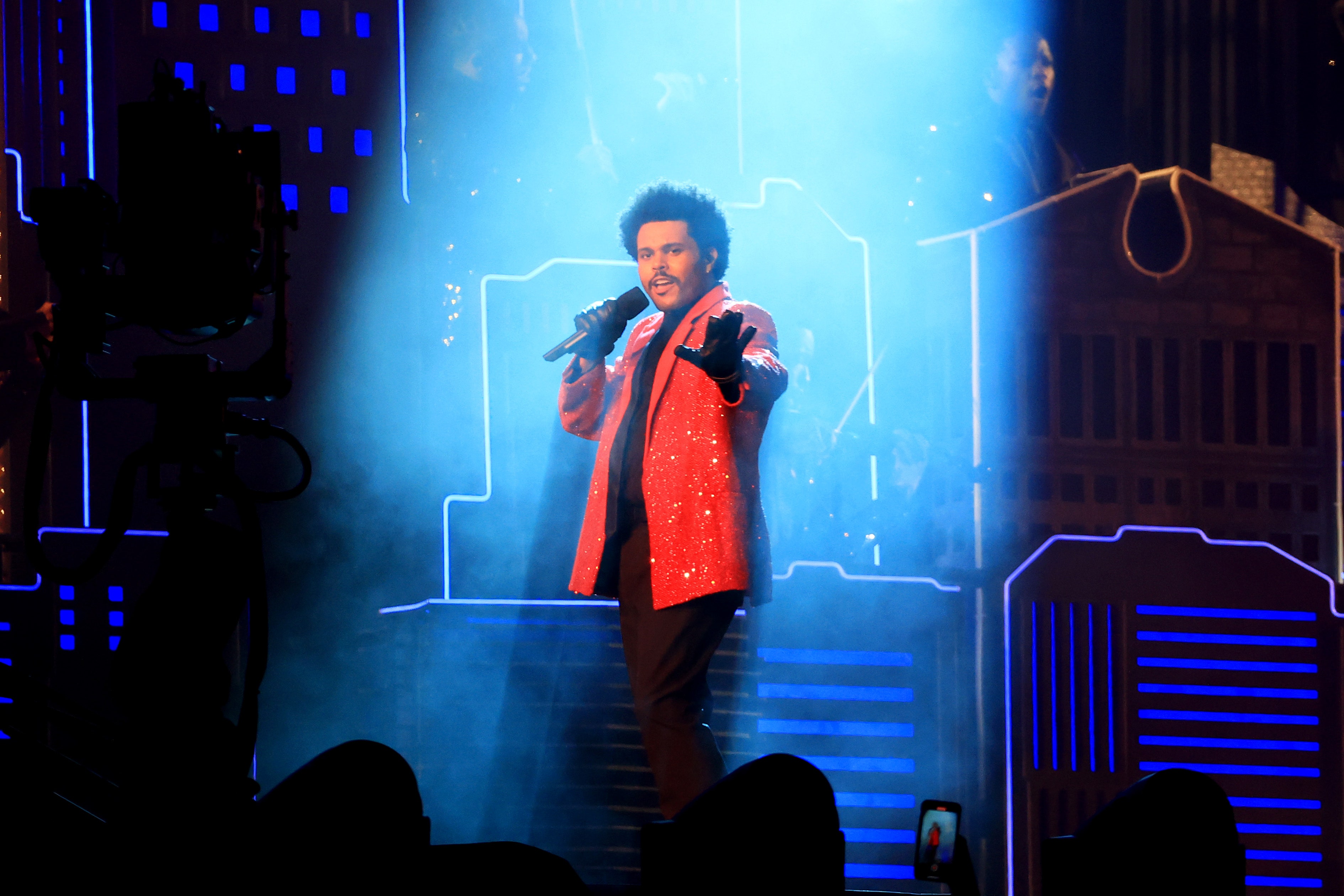