Can you believe the Weeknd’s gotten this far? When Abel Tesfaye released the massively influential House of Balloons nearly ten years ago, he was cloaked in anonymity and cool. Now he’s amassed a catalog loaded with hits, he’s appearing in critically acclaimed films and not embarrassing himself, he’s collaborating with modern-day avant-garde luminaries, he’s on the radio whenever your parents are driving. The Weeknd is one of the biggest pop stars in the world, and the fact that he’s achieved this off of loads of songs about cocaine and sex is truly mind-blowing.

Still, the Super Bowl is a huge stage usually reserved for artists with a massive collection of ubiquitous hits: Bruce Springsteen, Prince, Paul McCartney, Beyonce. Tesfaye is—and this is not an insult but a statement of fact—not really there yet. Even though his latest album, After Hours, represents the most successful era of his career to date, when it comes to booking the talent for the biggest televised musical performance of the year, he’s a bit of a gamble.

Did it pay off? Yes and no. The Weeknd’s halftime show set was certainly dazzling and visually overwhelming, with chaotic choreography in glowing hallways and a massive, night-lit metropolitan set design that took up a sizable portion of the Raymond James Stadium. The show’s opening visual shot—Tesfaye sliding out of a fast-looking car crashing through a Vegas facade—was so bright in its trippiness that it seemingly engulfed the star of the show itself.

Indeed, for most of the career-spanning set Tesfaye was drowned out, physically and sonically (thanks to some obvious mixing issues), by nearly everything around him. He didn’t even come close to commanding the stage the way previous performers had, and even the set’s most intimate moment—a dizzying run through a glowing hallway set to “I Can’t Feel My Face”—was immediately disrupted by a flurry of face-bandaged dancers.

Tesfaye’s main-stage disappearing act was both a feature and a bug. If anything, the outsized stage setups blunted the impact (or lack thereof) of Tesfaye’s own limitations as a stage performer. “All he does is walk around,” my wife correctly pointed out midway through the performance—and that was also more or less Tesfaye’s approach for his memorable American Music Awards performance last year, in which he sauntered across a Los Angeles bridge while festooned by Kenny G’s sweet sax sounds and a metric ton of fireworks. He looked small then, and he looked small tonight too—but the size of everything else left a lasting impression in both instances.

The career-spanning setlist ultimately highlighted just how unrecognizable much of the Weeknd’s music still is, relatively speaking. The vibrancy of his most recent material stood in stark contrast to some of the deeper cuts on display; the choral rendition of “Call Out My Name” from his 2018 EP My Dear Melancholy that opened the show was a nice Easter Egg to diehard fans, and the late-set inclusion of House of Balloons’ Siousxie and the Banshees-sampling title track also seemed geared to them. Seeing these iridescent, crawling songs performed on such a massive stage felt weird, if not totally effective—but when it comes to one of the few still-standing monocultural institutions, “weird” is a whole lot better than the same old same old, too. 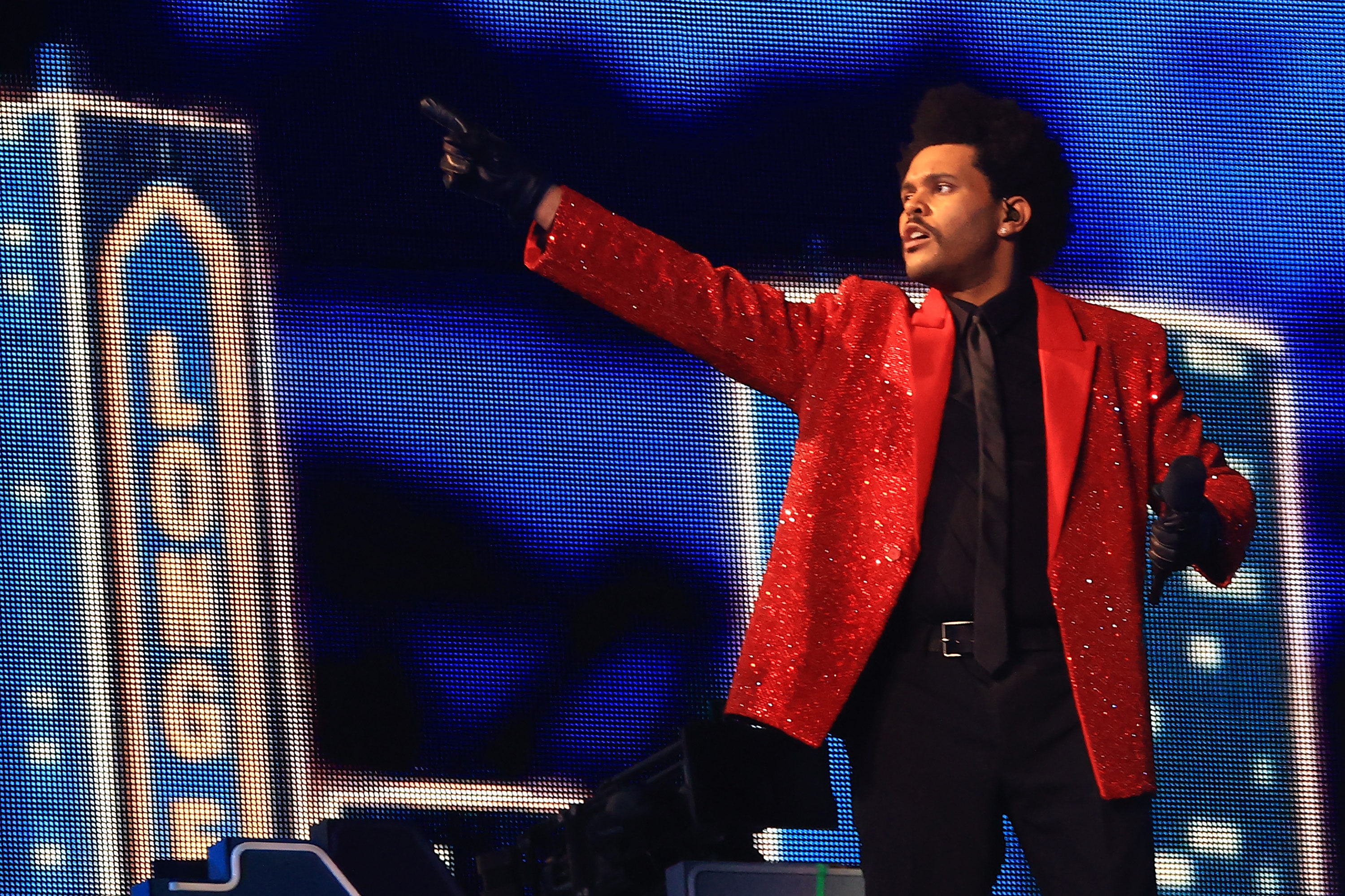