After close to a calendar year of working from home, many former in-office workers have adjusted their wardrobes accordingly. That has meant a strong tendency towards fleece-y loungewear, whether from tried-and-true brands like Champion, or something a little more new-wave and hip, like Scott Sternberg’s Entireworld. It has also meant that a few upstart comfort-centric labels have been able to present their products through the lens of today’s work-from-home world—and a crop of them are doing it exceptionally well.

First is Lusso Cloud, a new cozy footwear line with serious pedigree—the folks involved include fashion designer (and expensive sneaker legend) Jon Buscemi, pro-skater-turned-entrepreneur Rob Dyrdek, and No Vacancy Inn compadre Brock Korsan. The brand officially launched at the end of last year, offering a handful of lounge-like styles, ranging from slip-on slide to a chukka sneaker—all inspired by the classic waffle slipper you’d see from an upscale hotel. Lusso Cloud aims to please the design-minded, modeling the footwear alongside iconically cozy sofas such as Ubald Klug’s Terrazza and Michel Ducaroy’s Togo. Not to mention: the brand’s landed co-signs from style icons like Whoopi Goldberg and Leonardo DiCaprio.

A pair of Lusso Cloud slides.

Another new label hitting the WFH angle hard is Offhours, a loungewear brand created by the husband-and-wife team of Rebecca Zhou and David McGillivray. Their breakout hit is the Homecoat, a whopping five-pound overcoat-robe hybrid that is made of French terry cotton. Aesthetically, it sits somewhere in between a kimono-style robe and a sleeping bag, with just enough of a fashionable edge.

Courtesy of Off Hours

As the name suggests, it was designed with the indoors in mind. It comes in artsy, Instagram-friendly colors like “Michelangelo” (a sage green) and “Affogato” (a soft white). Sure, the coat might be a little too lounge-y for a night out (remember those?), but it is certainly sharp enough to wear out for a walk around the block.

More established brands have had to adapt to the new normal of customers spending more and more time indoors, too. Even Fred Segal, the legendary Los Angeles retailer, just released an entire collection of in-house loungewear that feels polished enough to wear under a jacket on your next coffee run.

It took nearly a full year to crystallize, but putting together the ultimate WFH look feels more effortless than ever before: wear some silk Fred Segal pajamas under your Offhours Homecoat, and round out the fit with some Lusso Cloud slippers. You’re all set for 2021—for now, at least. 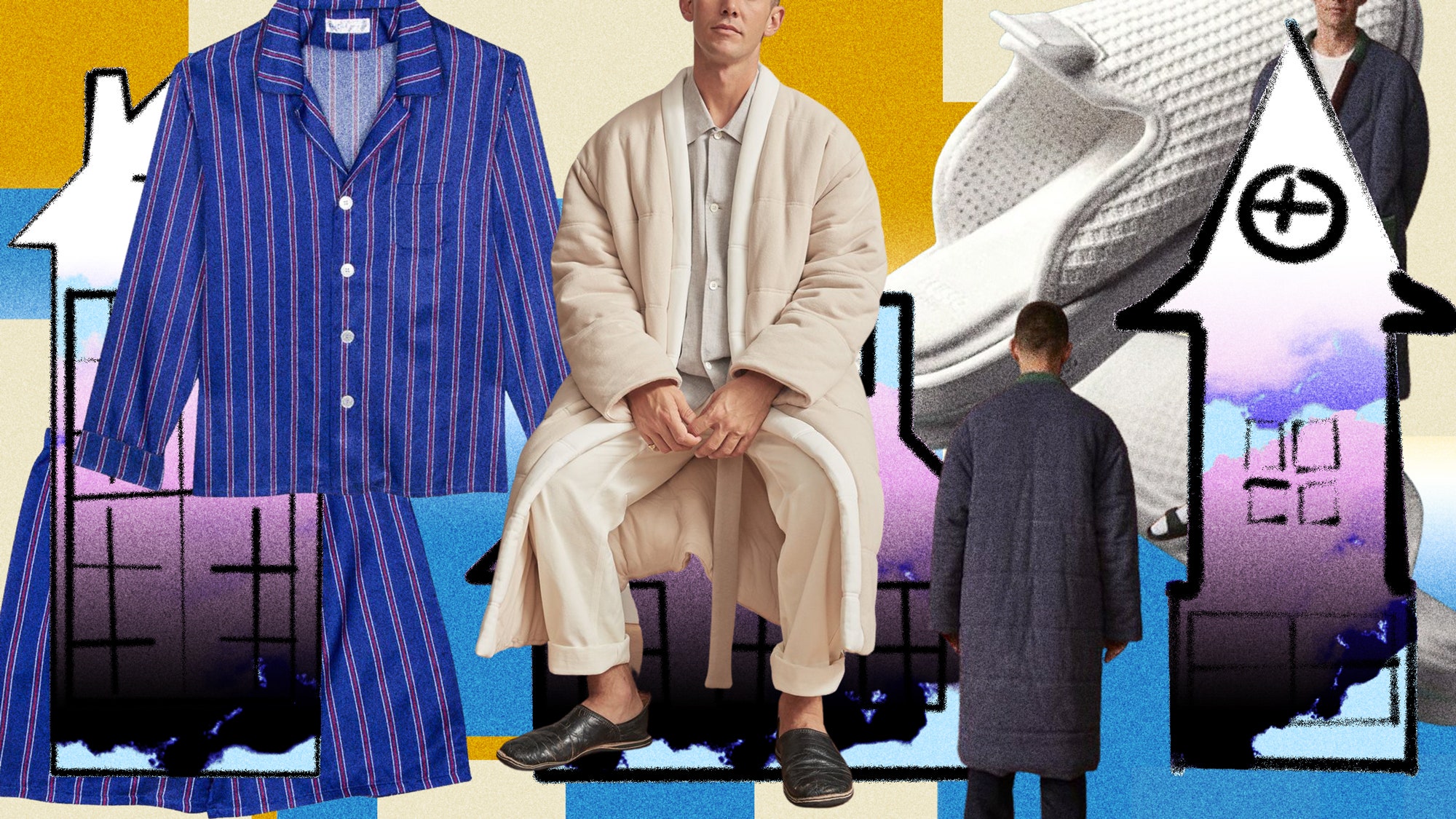