Remember sex? It wasn’t so long ago that people were having it, but now the pandemic has so endangered the act that begins life and mankind’s ultimate source of pleasure that single people are reportedly touching their apartment walls just to feel something.

Still, sex hasn’t been in fashion in a long time. (Fashion: always ahead of the curve!) For a decade, Phoebe Philo’s Celine drove a wave of men’s and women’s clothes that skimmed over the body with a blase and almost bland sensuality. Now clothes are becoming tighter, but for the most part, sex remains firmly out of fashion’s reach and mind. (There is a new Givenchy ad in which the house’s it-bag is placed between Kendall Jenner’s legs like a sexual organ—but it might also simply be her lunch. Such are the perversities of photographer and newly minted Matthew Williamsologist Heji Shin!) The #metoo movement may have led designers to shy away from sex, on the one hand. And it’s no coincidence that amidst the downfall of photographers like Terry Richardson and Bruce Weber—hipster-art kings of sex-in-fashion—Juergen Teller, with his decidedly different approach, has emerged as the court jester of high fashion imagery. He’ll photograph a model shirtless, but he’ll put a giant fish on their head.

Still, I think of fashion’s shift to unsexy as less reactionary than existential: fashion’s purpose over the past four years has been to make declarative statements about individuality and identity. The idea of dressing to get undressed seems besides the point.

But people are lonely out there, and the fluffy, tactile, voluminous runway shows of the past several weeks suggest people are eager for human touch. Finally, it seems that sex may be making a comeback. And the sexiest clothes I’ve seen in years come from the Venice-based—California, baby, not Italy!—designer Eli Russell Linnetz, who calls his brand ERL. Linnetz’s name is likely familiar to you because he’s directed videos for Kanye West, including “Famous” and “Fade,” and has staged West’s concerts and Sunday Services. West is also a freak of fashion, and if you look at the webby, stretchy, highly sensitive garments that animate the first several looks of Linnetz’s latest collection, you can see a common understanding of clothes as forever engaged in a dance of removal and addition: shirts, boxers, long johns, undershirts, and sweatshirts, building into what eventually becomes a washed-out Americana ski-trip and then, briefly but climatically, a blacktie party on the slopes. But that’s the thing about layers, especially ski clothes: eventually you have to take some off.

ERL’s lookbook might remind you of an Abercrombie & Fitch catalogue, though without so much of the worrisome sleaze. (Maybe the one with the Slavoj Zizek quotes?) “I spent, like, four years looking for these models,” Linnetz said from his studio via Zoom, when asked about the dead ringers for ’90s Josh Hartnett. He refused to give their names—a sexy kind of ownership! Spending years obsessively tracking down the right model sounds a little weird, or maybe totally great. Linnetz seems to design from a vague collective memory, a mix of ’90s California scenes, styles, and media that feel like they maybe didn’t happen. It’s Mandela Effect fashion: did all us ’90s babies wear those spiky jester hats while skiing, or am I just misremembering the impact of that Disney Channel movie Johnny Tsunami? 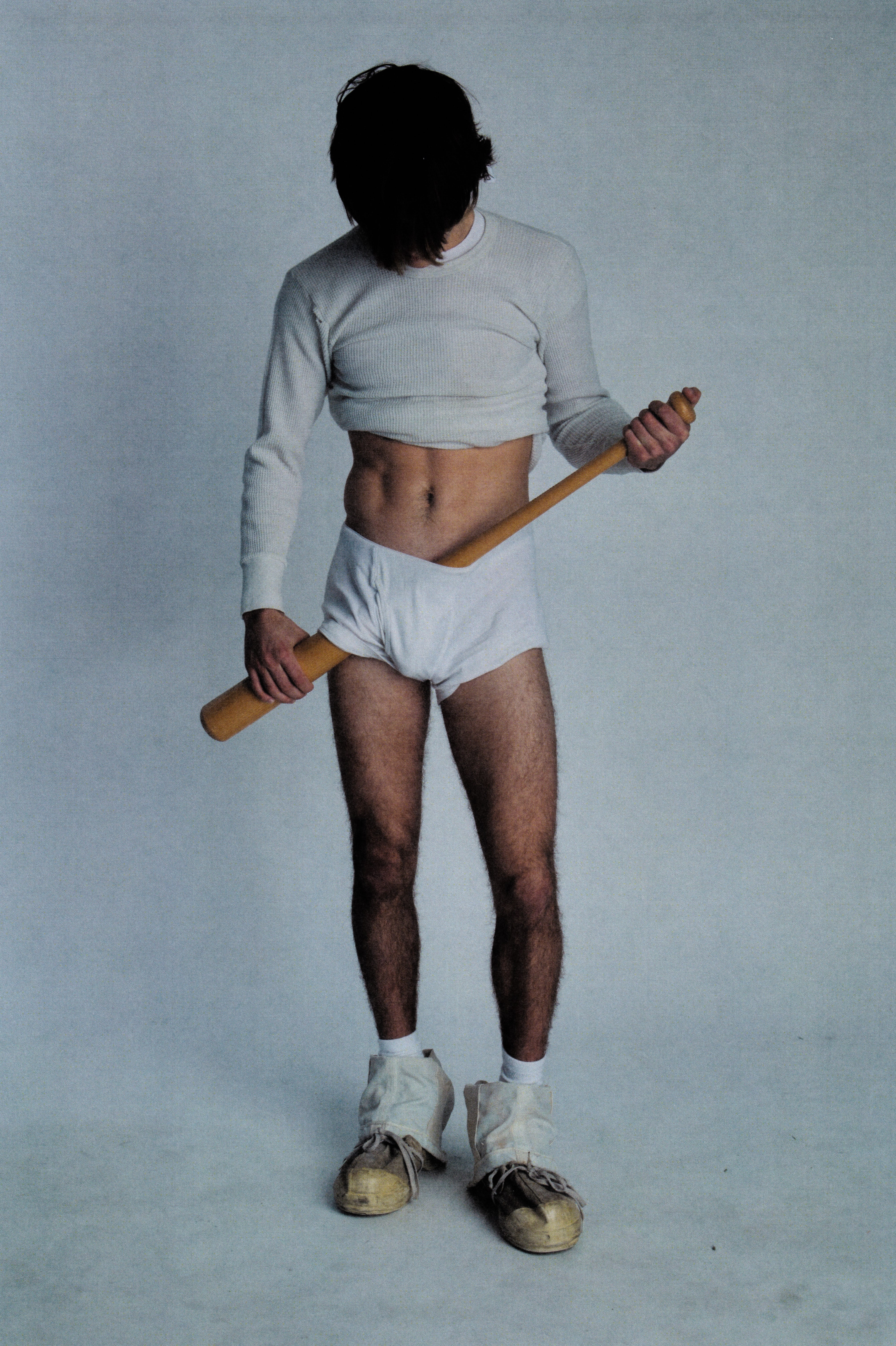