Invigorated by the shift in perspective as a result of his change of venue and setting, Fox decided to raise his ante, cultivating a multi-medium process involving photos, drawings, and paintings which yield visual bombs at each juncture. The subjects posed at Fox’s house, sitting for photographs and drawings—which then became the source material for full-scale paintings.

For the photographs, Fox enlisted old friend and collaborator Kingsley Ifill to capture his new studies. Ifill’s photos were developed on the spot in an ad hoc dark room which Fox then minimally embellished with discarded produce stickers, text, and marginalia. The young, sinewy figures occupy the sparse, arid desert backdrops that allude to canyon compounds of days gone by, be it the Laurel Canyon Mamas & Papas clan, or further west to Spahn Ranch and the Manson kids. Fox’s drawings then reference Ifill’s portraits but take on a life all their own, benefitting from the artist’s pared-down lines and quiet disregard for perspective. (Both the photographs and drawings are up now at Eighteen in Copenhagen, and provide material for an enthralling accompanying book, “Eye For A Sty, Tooth For The Roof.”)

Kingley Ifill’s photograph on the right is given the Danny Fox treatment both on the photograph itself and on paper, left.

Fox’s show at Berggruen, meanwhile, consists of paintings that echo those photos and drawings—an oozing array of opulent canvases organized around solo figures. Mostly female, the characters smoke, they straddle stuffed animals, they clasp their knees in seductive disdain, they eye us with casual contempt, they sprawl out across the floor or invite us to follow them deeper into the canyon.

A signature of Fox’s work is to use snippets of text both inside and outside of his frame. “His writing leaves clues for a viewer to piece together and serves as a sort of primer for the experience one might have viewing his paintings,” says Alex Berggruen. “Some writing even works its way into the paintings themselves.” In one painting from “TSABH,” a wayward brunette sits on a simple chair, a pie missing a single slice at her feet, the text “HOUSE OF PIES” running along the base of the composition, a melancholy nod to the neighborhood’s last remaining classic diner and the nighthawks it feeds.

Taking in the new body of work he’s amassed, I mention to Fox that it feels not unlike a great album, where the work conveys a single moment but also evokes an entire journey. “I always think of shows as albums,” says Fox. “I use that to help encapsulate certain moments and not worry if it’s off brand. I even sometimes think, Ah, shit, I’m making a bad album here. But I also like that feeling—like it’s going to be the ’80s Dylan album that you one day understand.” 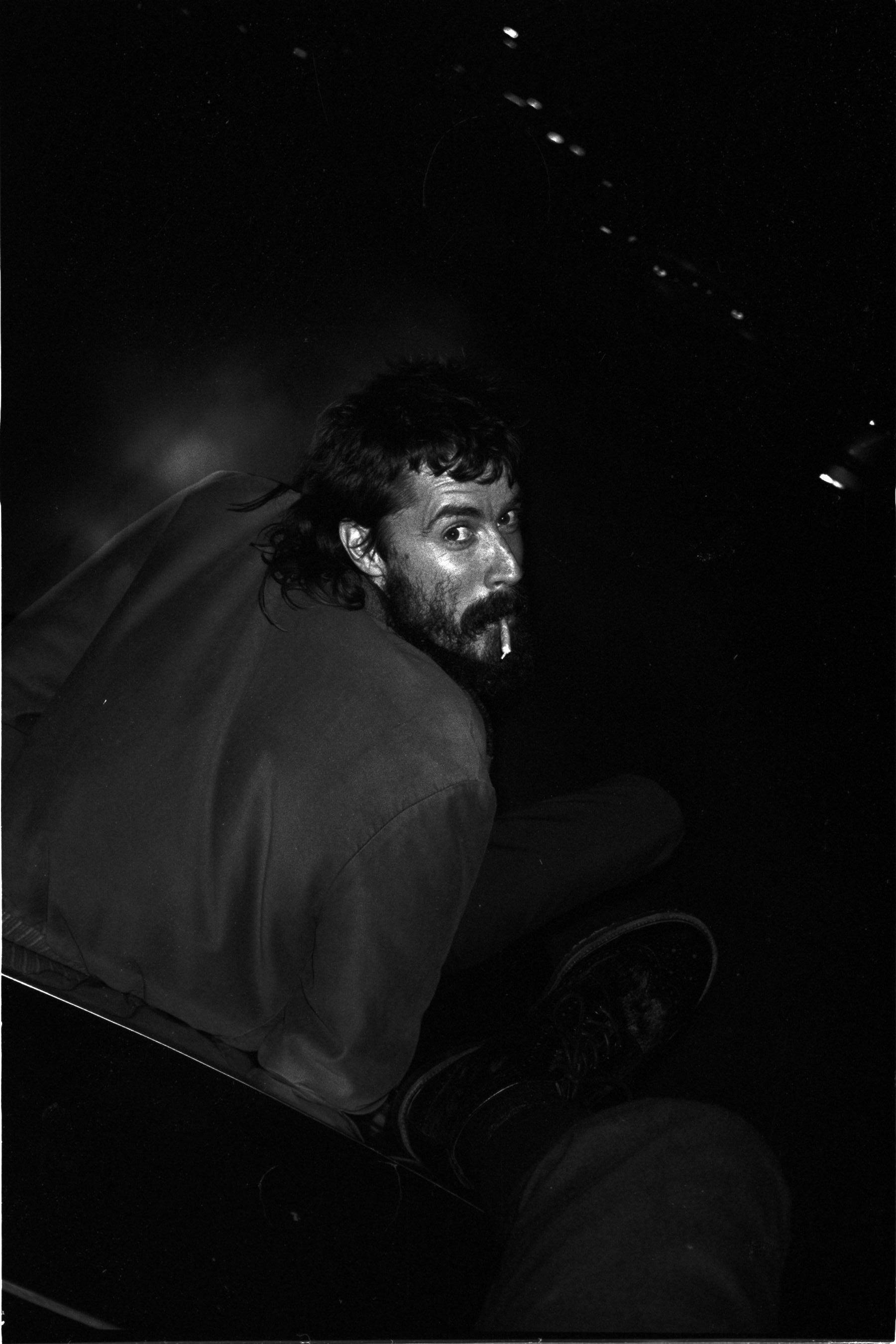