Trump has been our first—and, god willing, our last—looks-first president. Indeed, he is a looks-only president, fond of describing appointees as “straight out of central casting.” He launched his presidential campaign with a hat, which quickly became an abhorrent symbol of white supremacy. He surrounded himself with an army of blondes. Female Trump supporters, peppered throughout right-wing media and his own administration, borrowed more from the Real Housewives playbook than the governmental aide one. One of Trump’s closest consiglieres, Roger Stone, maintains a fanatical obsession with obscure tailoring rules and styles.

Meanwhile, Melania, provocatively silent and rarely seen, engaged in a fashion tete-a-tete with the world. Was her pussy blouse a pun? Was her graphic jacket a middle finger to the haters? With so little information coming from the press-averse White House, her clothing became a cipher, puzzle pieces that rarely fit together. Ivanka, meanwhile, kept her wardrobe of New York designers who dressed previous political spouses, like Oscar de la Renta and Carolina Herrera, as if nothing had changed from one administration to the next. There was no uniform for the Trump administration, as there has long been for previous ones; instead, the unifying principle was to dress for the job you want, because dressing for it was often the whole job.

The lack of a uniform among Trump’s followers initially suggested a disorder that made the events of last Wednesday easy enough to mock. (I didn’t see any Fred Perry-sporting Proud Boys, as we did at protests early in the Trump years.) But the very lack of uniformity makes the reality all the more frightening. A T-shirt or a hoodie lasts longer than a speech—it’s like a tweet for your body—and has over the past year, in particular, become a way for people to say what they feel they can’t, or shouldn’t. You can’t mute a graphic, after all.

What will happen over the next four years? Kamala Harris is rumored to be working with stylist Karla Welch, WWD reported this weekend, and speculation is also circulating that she may commit to wearing only American designers, in a return to Obama-era tradition. (Welch works with the marvelous Tracee Ellis Ross, with whom she has primarily zeroed in on a roster of Black designers.) Jill Biden already has relationships with young and establishment American designers, which will allow fashion to turn back the clock a bit.

But the merch will remain, even after Trump is gone and even if he is impeached. Indeed, the graphic tees and slogan hoodies will likely multiply if he is, and one imagines that his post-presidency efforts will include an attempt to outdo his first fashion triumph, the MAGA hat. Fashion may be cyclical, but a T-shirt is forever. 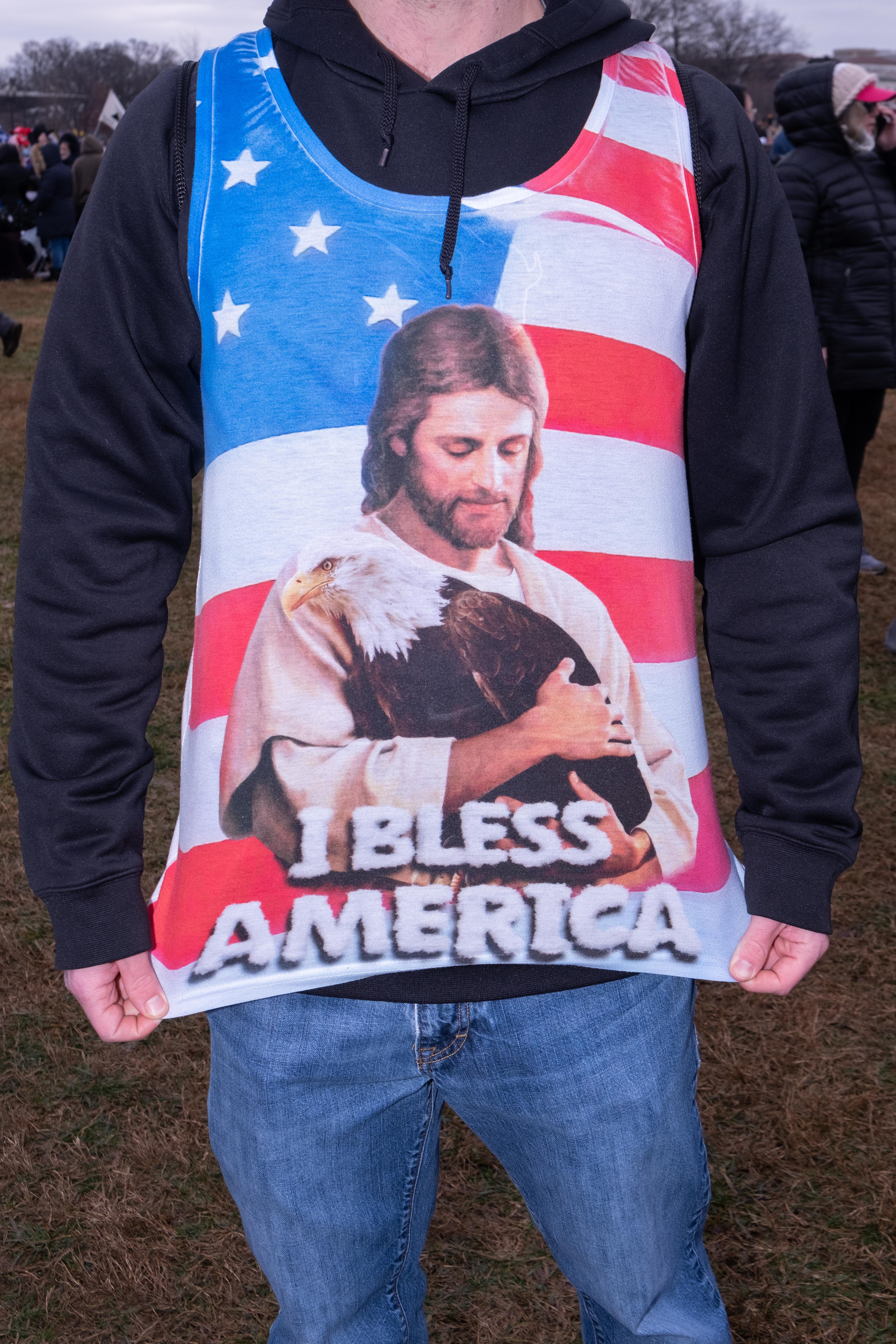