Welcome to Dialed In, where we’ll highlight the very best, most interesting, and coolest new watches in the world.

The watch: The Baltic Aquascaphe GMT

The single best thing about this watch: It’s, hard to choose just one standout quality for Baltic’s new GMT, but let’s start with the price: $1,200 for the beads-of-rice bracelet and $1,105 on a rubber strap. Rarely will you find a GMT—a travel-minded watch with a second hour hand, made to keep track of two time zones at once—with a mechanical movement, style, and this level of attention to detail for less than $1,500.

The backstory: One reason it’s so difficult to pick just one great thing about this watch is Baltic’s origin story. The Parisian brand launched on Kickstarter in 2017 and immediately became a cult favorite in the watch world for its modern take on vintage touches. Baltic is a true micro-brand. And doesn’t it feel good to support independent brands and watchmakers?

Post-Kickstarter, the diver-inspired Aquascaphe was the first watch that Baltic released, after starting with the retro-looking Bicompax chronograph and and the dressy HMS.. Now, the brand’s gone back to where it all began for a GMT version of the model. 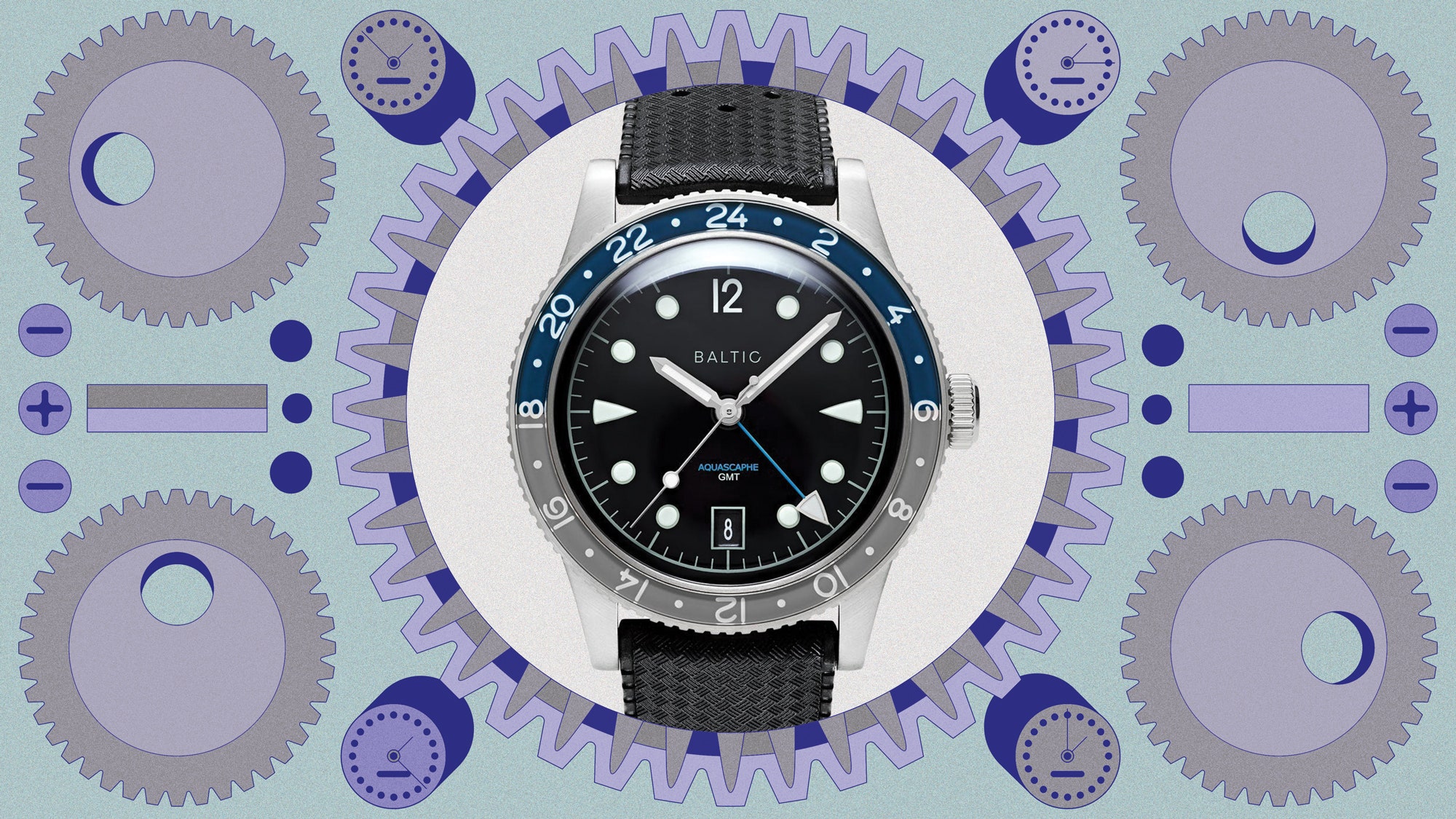