Thankfully he didn’t, because McKnight emerged months later with a shockingly good first collection of high-waisted trousers, voluminous outerwear, big-bodied knits, and old-timey shirts. He cites technical outdoors gear as a big influence—and that’s there, to be sure—but all the strongest pieces look like they were hand-selected by a high-paid stylist from the best thrift stores on earth for Brad Pitt to smoke and drink coffee in. McKnight himself favors cropped tops and wide pants, so that’s the look. (He name-checks former Celine designer Phoebe Philo and Miguel Adrover, the Spanish designer who blew a hole in the fashion industry 20 years ago, as influences. Go figure.) It’s not for everyone, but that’s exactly what makes it so good. Nothing good has universal appeal.

McKnight’s business is small right now, but it will grow. He’s already got some big wholesale accounts lined up and recently won a couple significant fashion awards. That’s all encouraging—important milestones for a young designer on his way, especially a young Black designer breaking through at such a crucial cultural moment. But McKnight’s primary focus—and mine, too—is on the clothes. His are nuanced, personal, quirky, meticulously made. Which is to say: they’ve got an aura.

The designer who gives me the most hope for the year ahead is Camiel Fortgens. Everything he makes looks like it’s just about 90% finished, like the sewer got up for a beer and never returned. There are lots of raw edges, unfinished hems, and errant stitching. Zippers are uneven and pockets haphazardly placed. These are clothes that appear to be in progress, but not in a confusing, art-school way. They’re simple, easy to wear, comfortable and cool—normal, even. (More on that in a second.) By confronting us with the raw materials in this way, by exposing us to the loose warp and weft of the fabric, the fuzz of exposed batting, they reveal themselves to be exactly what they are. There’s something more honest about experiencing clothes in this way: as…human-made objects, rather than vessels for hype.

So I Zoomed into Fortgen’s Amsterdam studio to ask: what’s the deal with all the unfinished clothes?

He says that he struggled with the idea of making clothes at first. “There’s enough shit—cool and nice stuff—around. If you make something, then it should add in a way, or it should question some things,” he said. But fashion has been questioning things for decades. What was there left to ask? “I felt like all taboos in fashion have been broken. One of the biggest taboos now is being normal, or being human, or being imperfect.”

“I’m very impatient,” Forgens said. “So when I just make something and it’s fucked up, I think, well, maybe this is actually nice. There are so many interesting and new things in errors because you can’t plan errors.”

But it would be difficult to build a healthy fashion business entirely on errors, no matter how interesting they are. Fortgens happens to be extraordinarily good at making the simple kind of clothes you want to wear every day, without the errors—jeans, hoodies, tees, basic jackets. So moving forward he’s dividing his collection into three parts: there’s the mainline, raw edges and all; a line of cleaned-up basics (with finished hems) called Good Products; and a radically experimental range he calls Research.

“The Research pieces are made in the hours that other people have gone home, I’m alone in the studio. Put the music on, drink too much Coke. And then just go about with what I can find,” he said. He hacks up existing pieces and Frankensteins them together to make weird new things. I don’t know of another fashion brand that does this—let their designer indulge, experiment, play, totally free from market considerations. But it should happen more. “I want to look beyond what we already know and see if we can find new shapes, new ways.”

I know a few designers. That happens when you work at GQ. So a lot of what I wear was made by people with whom I have shared meals, or had long conversations, or traveled around the world. That might not be the case for you. The point isn’t that you need to make friends with a bunch of designers. (Although, you might. Fire off a DM or two and see what happens.) The point is that you can relate better to people than you can to faceless brands. You don’t have to know someone personally to feel connected to their work. That’s the case in art and it’s the case in fashion. You just have to be open to the possibility, maybe even seek it out, and it will happen.

But designers are cool, so if you don’t know one, meet one. Or better yet, become one. 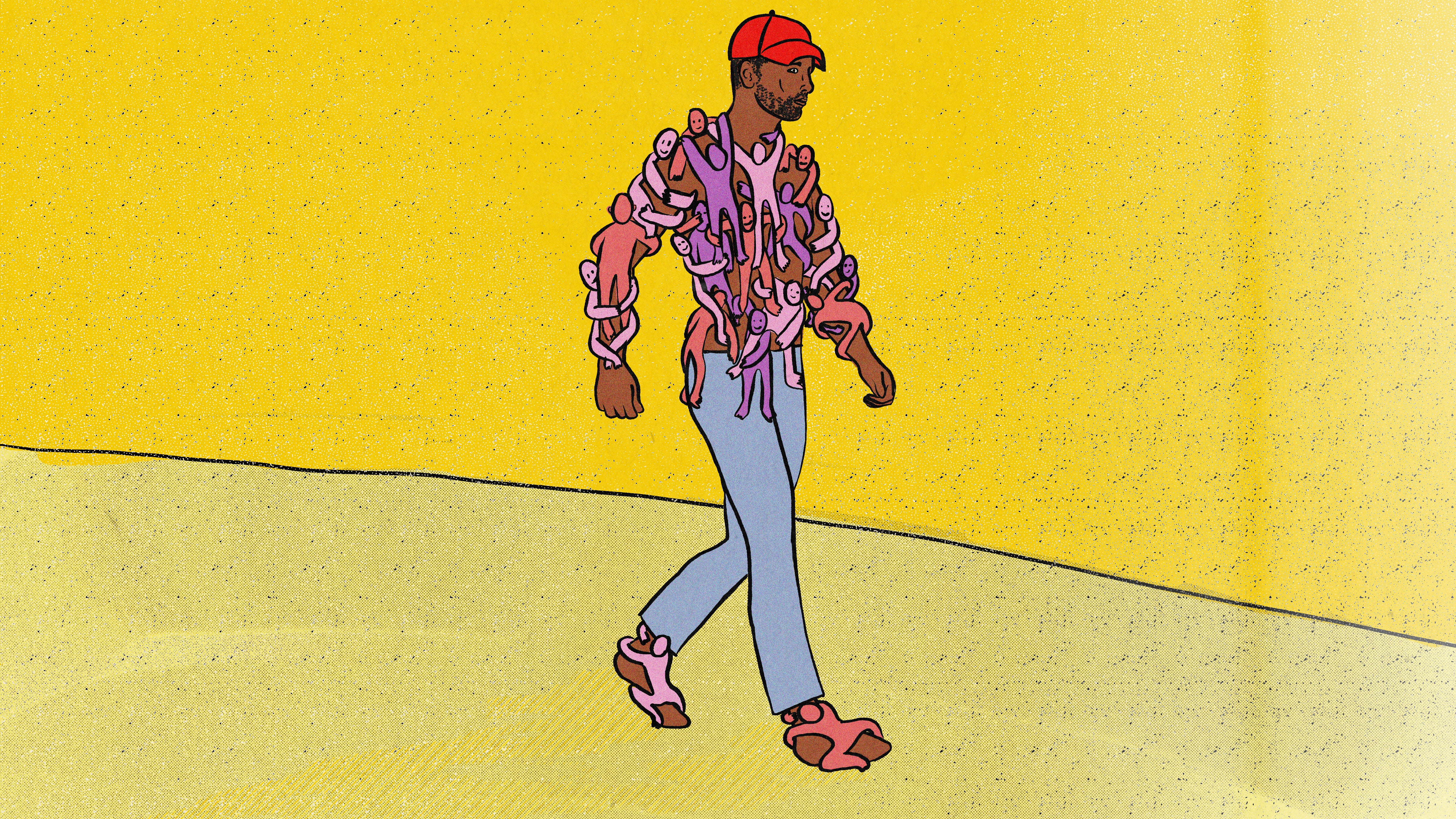