But few people are as famous, as ambitious, as Marvel-movie big, as Zendaya, who chooses mostly to keep private the hard work of growing into herself. Years ago, as a Disney Channel star, it seemed like she was intent on building her own mini empire, making every extension of her brand consumable. Today her objectives are narrower, with a focus on longevity. At the top of the list is figuring out who she is when she isn’t in someone else’s head. “I played this card-game thing recently, We’re Not Really Strangers, or whatever it’s called,” she says. “One of the questions was ‘What’s a random compliment that strangers give you that makes you feel good?’

“For me, it’s when people say that their kids watched me. They just say, ‘We’re really proud of you, girl. We’re proud of you. Keep doing what you’re doing. I see you.’ I’m just like”—and here, Zendaya conjures up a genuine, gleeful squeal—“ ‘Aw, thank you!’

“I feel like everyone at that moment becomes my auntie, and I’m just like, ‘Oh, my God, I want to make you proud.’ You know? But that stuff really means a lot to me. I think…that me wanting to control everything is just not wanting to fuck up. Not wanting to let anybody down.”

We both go quiet for a second or two, sitting with the observation. Even a million supportive aunties have plenty of expectations. Knowing what you want out of yourself is one thing. Knowing how you are—when your life is an endless bounce from one movie set to another—is something else entirely, especially when you’re only 24 and skimming the surface of what you can accomplish in Hollywood.

That’s…a lot, I finally reply. I need to exhale.

“Helloooo!” she says with a laugh. “And that’s why we talk to therapists. That’s important.”

Therapy is for another day, though. Tomorrow, Zendaya has to go back to work.

Hunter Harris is a writer based in New York City.

A version of this story originally appears in the February 2021 issue with the title “Zollywood.” 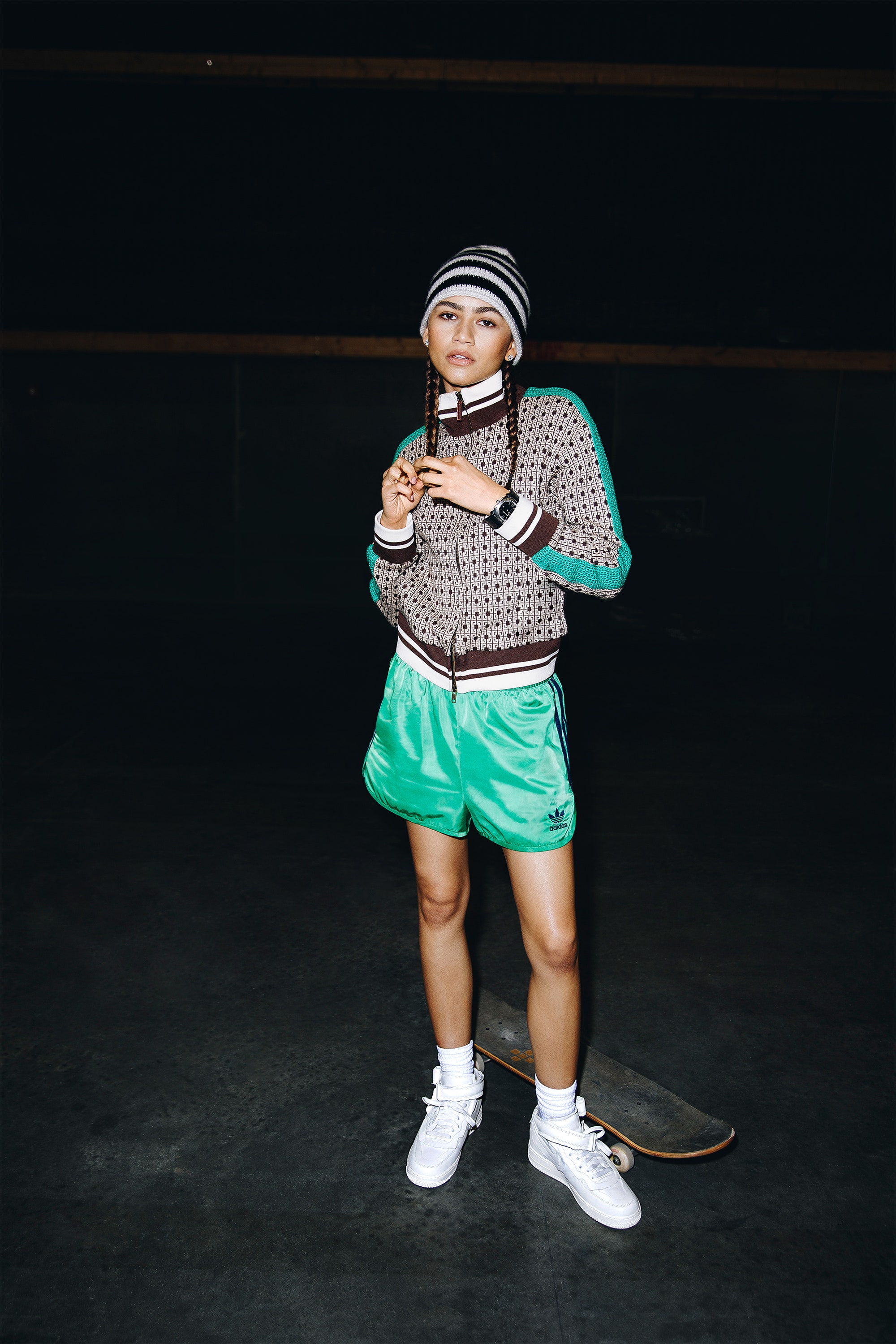