Society’s most loathsome ideas are sometimes best confronted by the unlikeliest of cultural critics. Just look at Viagra Boys, a Stockholm-based punk-rock outfit whose very name is a parody of hypermasculinity and raging alpha males’ frequent inability to perform. But their musical performances—on record and especially onstage—are nothing if not potent. The spiritual descendants of groups like Nick Cave and the Bad Seeds, the Fall, and the Butthole Surfers, Viagra Boys are known for making the kind of rumbling, menacing music that critics like to call post-punk. As with any great act of that ilk, their true power comes as much from their sound as it does from the caustic bite of their worldview.

And guess what? Viagra Boys hate fascists. In particular, they hate the Sweden Democrats, the far-right party waging an ideological war on immigrants and religious minorities that carried 18 percent of the vote in the most recent general election. “That’s not a majority, but it’s still a lot,” bassist Henrik Höckert says via an afternoon Zoom call. “Twenty years ago, they had 1.5 percent.” “They’re the Nazis, pretty much,” adds Sebastian Murphy, the band’s half-Swedish, half-American lead singer, who grew up in the Bay Area but has made his home in Stockholm for a dozen years.

“Half of it is an act, and half of it is like a diary in a way,” Murphy says of his work. “I don’t do it consciously, but subconsciously it becomes satire of myself and others.”

That disdain for right-wing extremists and their boorish patriarchy in decline is fully manifest on Welfare Jazz, the alternately narcotic and blistering new Viagra Boys album, their second full-length since 2018. Their debut LP, Street Worms—along with their bleakly humorous, semi-narrative music videos—garnered them a cult following, and three years later, when seemingly all mainstream manliness comes with a ramekin of extra toxicity on the side, the Viagra Boys’ brand of social punditry seems poised to break through to a wider audience. On brooding, pulsing tracks, Murphy proves himself an expert chronicler of the darker corners of the male brain, dissecting masculinity in all its ridiculousness while he sings in character as one of the hapless shitheads he’s criticizing. “I don’t need no woman telling me when to go to bed,” he wails on “Toad,” later explaining, “because I’ve been living on the outskirts of society my whole life.” It’s a grim continuation of the themes he explored on “Just Like You,” a highlight from Street Worms. Murphy spends most of the song drawling about pleasantries like the little dog he and his loving wife have in their nice house. But there’s a sneer in his voice and a bitter pill embedded in the dreamlike lyrics. At the end, our narrator is happy to wake and find himself back in his real, dismal life, his “never-ending hate for this completely fucked-up society” intact. “Thank God I never went to school,” he concludes. “Thank God I didn’t end up just like you.”

Murphy’s lyrics pull off the difficult trick of balancing his performing persona with his role as trenchant observer. “It’s 50–50,” he says. “Half of it is an act, and half of it is like a diary in a way. I don’t do it consciously, but subconsciously it becomes satire of myself and others.” This kind of darkly humorous character-based lyricism places Murphy in a proud lineage. He cites as strands of his own creative DNA “a lot of country artists and the kind of old punk that incorporated comedy into the lyrics—not just anger and depression.” In fact, the new album ends with a lumbering, unsettling cover of John Prine’s “In Spite of Ourselves,” with Amy Taylor from Australian punk rockers Amyl and the Sniffers taking on the part that Iris DeMent sang in the original. It’s one of those transcendent songs that proudly celebrate love among the fallen class, and it serves as the perfect capstone to Welfare Jazz. 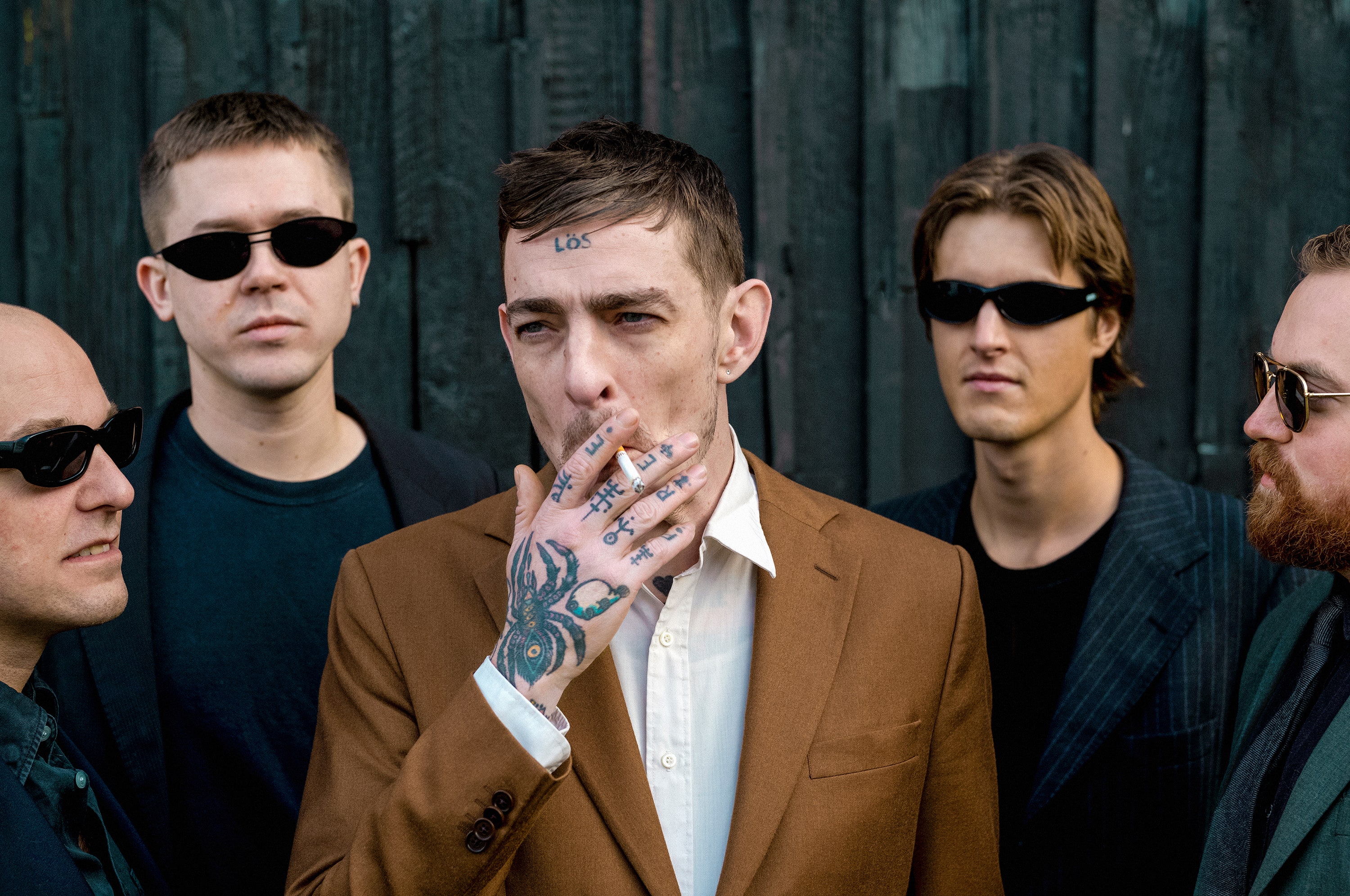