Come Election Day, he doesn’t win. So all these people go, “Wait, it can’t be. How could Trump possibly lose an election that everyone I know knew he was going to win?” I could just see a certain reality catching up with [them], and it would have to be on that day [of the certification]. And once they saw Trump saying to his supporters, come to DC on that day, I could see it going the wrong way.

You could see the discussion become less abstract. By last week, these people were sharing maps of D.C. They were talking about having enough of them that they would be able to erect basically their own cadre around the entire area of Congress. They had a map of the tunnels [in the basement of the Capitol], and they were talking about how they’re going to be able to stop Congress from leaving. They imagined that this was the day there were going to be mass executions of Congressmen.

But a lot of them also just imagined they were going to be there for this historic time when Trump pulled away the curtain and revealed that all of Congress were traitors and then took his just and equal revenge. There were a variety of characters: people who were there to watch Trump gain control and people who thought Trump would win, but only by activating the military, [with] a proper military coup that they supported. They thought they were there to go and purge Congress. They were there to stop the certification. They were there to punish those who went against Trump. When you put them all together, you get this explosive mixture.

The only thing that surprised me was that it was not the army I expected it to be.

Why do you say that?

They didn’t have as many guns. They had this fantasy that, There are going to be thousands of us carrying AR-15s and what are they going to do? But many of them may have had guns in their cars and just didn’t take them out. And maybe Capitol police were surprised and then took less forceful action against the protesters. And that’s how these guys were able to march in. I actually feel like, if they were armed, it would have triggered a more severe response.

It sounds like there were plans for something much more severe. You’re talking about the execution of members of Congress. Why do you think that didn’t come to fruition?

A lot of these people were there for the ride. I think that had things gotten more violent, there would have been a lot of people who would be very willing to go along with it. I think that ultimately the police successfully kept elected officials out of the hands of these people.

There’s also the question of what cues they’re taking from Trump. While he was certainly quite contentious [in his video], it didn’t quite rise to the level of, “Now is the time to act.” He could have said something that was absolutely unequivocally understood by these people to be an order to attack. Instead, he told them to go home. It confused the hell out of them. On the one hand, there’s a nudge and a wink, but they didn’t understand. They thought, “Aren’t we here to do a job? Did we do the job? Did we win?” It was a lot of confusion about what that was all about.

From what you’ve said, it sounds like a lot of this planning and organizing for this was really happening in plain sight if you were just willing to look and dig. Is that correct? 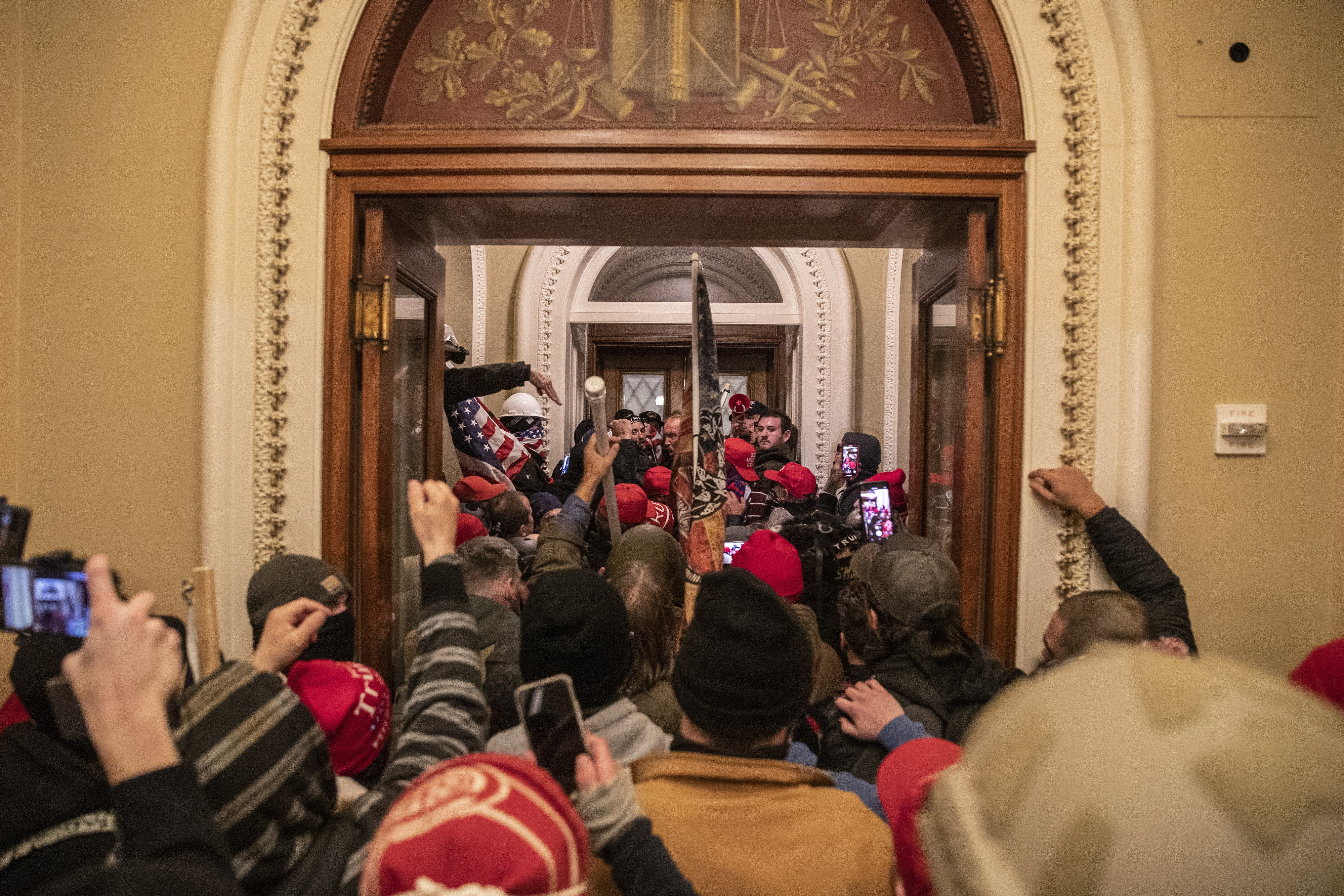