Leave it to Rihanna to invent the street style bathrobe.

Martin Scorsese would go on to forge a long and beautiful history of putting De Niro in pajamas, but his greatest hit has to be the silky, flamingo-pink Casino number.

Harry Styles at his agent’s wedding in Montecito, January 2, 2021.

3. Jeff Bridges as The Dude in The Big Lebowski

A robe fit for The Greatest.

1. James Gandolfini as Tony Soprano in The Sopranos

James Gandolfini in The Sopranos, 1999.

Tony’s robe is more than just a robe: it’s an outward expression of his inner despondency and a salient symbol of the diminished role of the modern man. It’s the most enduring image of the most enduring man on television. May we all collect the newspaper in such era-defining style. 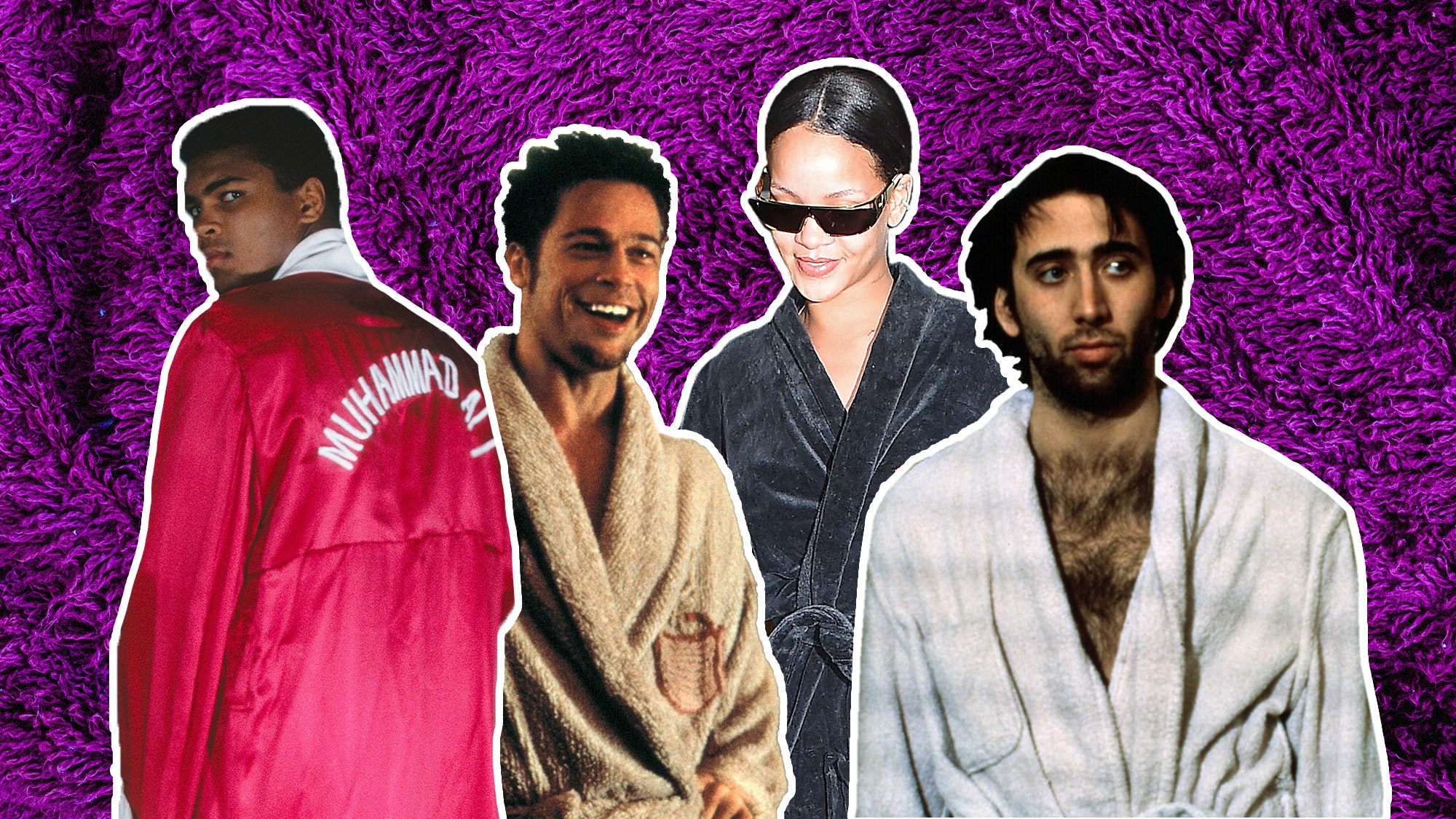