Welcome to Dialed In, where we’ll highlight the very best, most interesting, and coolest new watches in the world.

The watch: Omega’s iconic Speedmaster…made over.

The single best thing about this watch: It’s the one they wear to space. In 2024, NASA will send another pair of astronauts to the moon—including the first woman to land on that big hunk of cheese—as part of the Artemis Program. Teams are being sorted out, plans for a base camp on the moon’s surface have been unveiled, and presumably a partnership with Booking.com is on the horizon. When those astronauts do make those small steps on the lunar surface, they’ll almost definitely be wearing this latest evolution of the Omega Speedmaster, the piece Buzz Aldrin and Neil Armstrong had on their wrists for that first moonwalk nearly 52 years ago. And this new piece tweaks small aesthetic details while overhauling the inner workings. The watch takes the baton from what was known as the Speedmaster 1861—so called for the movement inside—that Omega produced for decades. Today marks the dawn of the Moonwatch 3861 era.

The backstory: Anytime Omega touches its iconic Moonwatch, the brand is both risking it all and playing it safe. Any iteration of watch needs to evolve in some ways while remaining faithful to the icon that’s earned obsessive fans across the galaxy. “When updating a sacred timepiece like the Speedmaster Moonwatch, every detail must be true to its original spirit,” Raynald Aeschlimann, Omega’s president and CEO, said in a press release. “This chronograph is recognized the world over, so we’ve approached its design with the most sincere respect, while taking its movement to the next level.” So Omega treads lightly. The most obvious aesthetic tweak is a new bracelet, and even the change there is slight: The center link is now roughly the same size as the two flanking it. This is the way icons are remade: slowly and precisely. Just look at Rolex’s update of the Submariner last year, which boasted slimmed-down lugs as a bold new aesthetic achievement.

The important updates to the Speedmaster, anyway, happen under the hood. The new movement inside the watch—named the Caliber 3861—is watch superfuel. The Speedmaster, along with the rest of the watches in Omega’s catalog, is now Master Chronometer–certified. This means the watch passed a battery of timing tests from the Federal Institute of Metrology. In layman’s terms: It is super-duper accurate.

This watch matters in the world of watches because: Whenever an icon gets an update, it’s a massive deal. There are a half dozen watches that are foundational to the watch community—these are the watches that inspire collectors to focus on picking up variations of only that model. The Speedmaster is one such watch, and as such, it’s understandable that Omega is so precious about updating the piece. Details that would ordinarily go overlooked are considered sacrosanct by Speedy obsessives. The small dot over the number 90, for instance, is so important it has its own acronym, “DON” (Dot Over Ninety). “The icing on the cake is the coveted ‘dot-over-ninety’ (DON) aluminum tachymeter bezel—just as God and Ed White [the first American astronaut to walk in space] would have intended,” A Blog to Watch writes.

Is this watch a good investment? You bet. You can futureproof your watch collection with this new edition of the Speedmaster. As the case back says, this is the watch “Flight Qualified by NASA for All Manned Space Missions.” Imagine in the not-so-distant future when all your buddies are hopping the latest Virgin Galactic flight to the moon and you don’t have a watch capable of withstanding that cruel intergalactic environment. They’ll be flexing at Club Crater while you’re left floating through the atmosphere asking folks if they have the time. Tsk-tsk-tsk.

Where and when to buy it: Half of the new watches are available to preorder now on Omega’s website. The other half require a call or visit to your local Omega boutique. 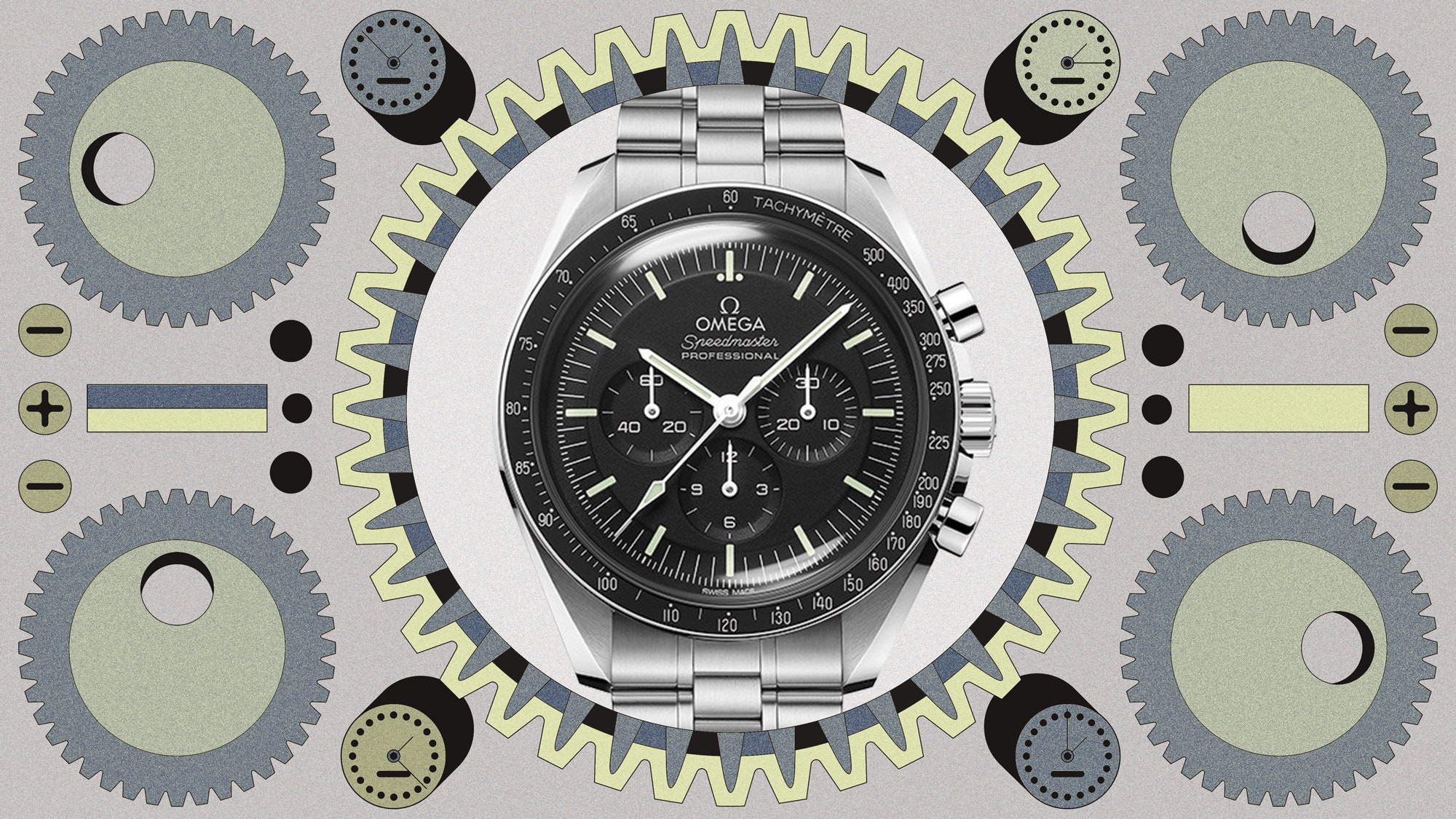