There is one ironclad rule when it comes to NBA analysis: it is never too soon to overreact. There is no sample size too small and no take too hot. I listened to a podcast last week weighing the MVP candidacy of New York Knickerbocker legend Julius Randle—a sentence that somehow sounds even less crazy today! And in the NBA, what’s happening off the court (and in the arena tunnels) is equally deserving of our attention. We crunched the numbers and looked at the advanced statistics to examine the early season returns on NBA style.

Jordan Clarkson of the Utah Jazz arrives for a game against the Spurs in San Antonio, January 3, 2021.Logan Riely / Getty Images

Jaylen Brown of the Boston Celtics arrives for a game against the Brooklyn Nets in Boston, December 25, 2020.Brian Babineau / Getty Images

NBA Players Are in Their Bags

Over the past couple of years, NBA players have turned simply carrying stuff into a bonafide trend. First, hoopers carried their little dopp kits into the arena. Next, they started brandishing their work shoes for the tunnel walk. Because what’s better than one red-hot pair of sneakers? Two, of course.

Jaren Jackson Jr. of the Memphis Grizzlies arrives for a game against the Celtics in Boston, December 30, 2020.Brian Babineau / Getty Images

LeBron James of the Lakers arrives for a game against the Minnesota Timberwolves in Los Angeles, December 27, 2020.Adam Pantozzi / Getty Images

This year, NBA players are digging deep into their bags for…more bags. Big ones this time! Louis Vuitton duffels are a favorite of Memphis’s Jaren Jackson Jr. and LeBron James. Los Angeles resident Kyle Kuzma, who understands the importance of a reusable bag, carries a tote. Goyard bags have gone over the shoulder of Jazz guard Jordan Clarkson and in the hands of Celtic Jaylen Brown. And whoever told you Kelly Oubre Jr. is off to a slow start to the season lied: he has started carrying a painted briefcase into the office, making him the biggest bag-carrier of the 2020-2021 season so far.

Kelly Oubre Jr. of the Golden State Warriors arrives for a game against the Pistons in Detroit, December 29, 2020.Chris Schwegler / Getty Images

Kevin Durant Is the Beanie God

New Brooklyn Net Kevin Durant is on fire to start the season: he’s practically 100% when it comes to wearing a beanie. He wears the same tightly-knit fisherman-style beanie in bright red, pink, and forest green in tunnel fits, and he wears them everywhere else, too: during interviews, while warming up for the game, and even while he’s practicing. When he yams on Drake in the “Laugh Now Cry Later” video, he’s wearing a beanie. His love for the beanie is equaled only by his commitment to the mid-range jumper.

Kevin Durant of the Nets arrives for a game against the Washington Wizards in Brooklyn, January 3, 2021.Nathaniel S. Butler / Getty Images

Kevin Durant of the Brooklyn Nets arrives for a game against the Charlotte Hornets in North Carolina, December 27, 2020.Kent Smith / Getty Images

Kevin Durant of the Nets arrives for a game against the Golden State Warriors in Brooklyn, December 22, 2020.Nathaniel S. Butler / Getty Images

There are a couple of explanations for Duran’t newfound respect for the knit headgear. The first is his move to Brooklyn, where beanies perched just so on top of the head are as much a part of the local fashion as a flannel and a cup of third-wave coffee. This is just KD embracing his relatively new surroundings. And anyone who’s watched a Nets game this year will have noticed two things: defense is optional…and a bald spot is starting to spread on the crown of Durant’s head. (This only brings him closer to the GOATs, LeBron and Michael Jordan.) A rainbow collection of beanies will certainly obscure that. 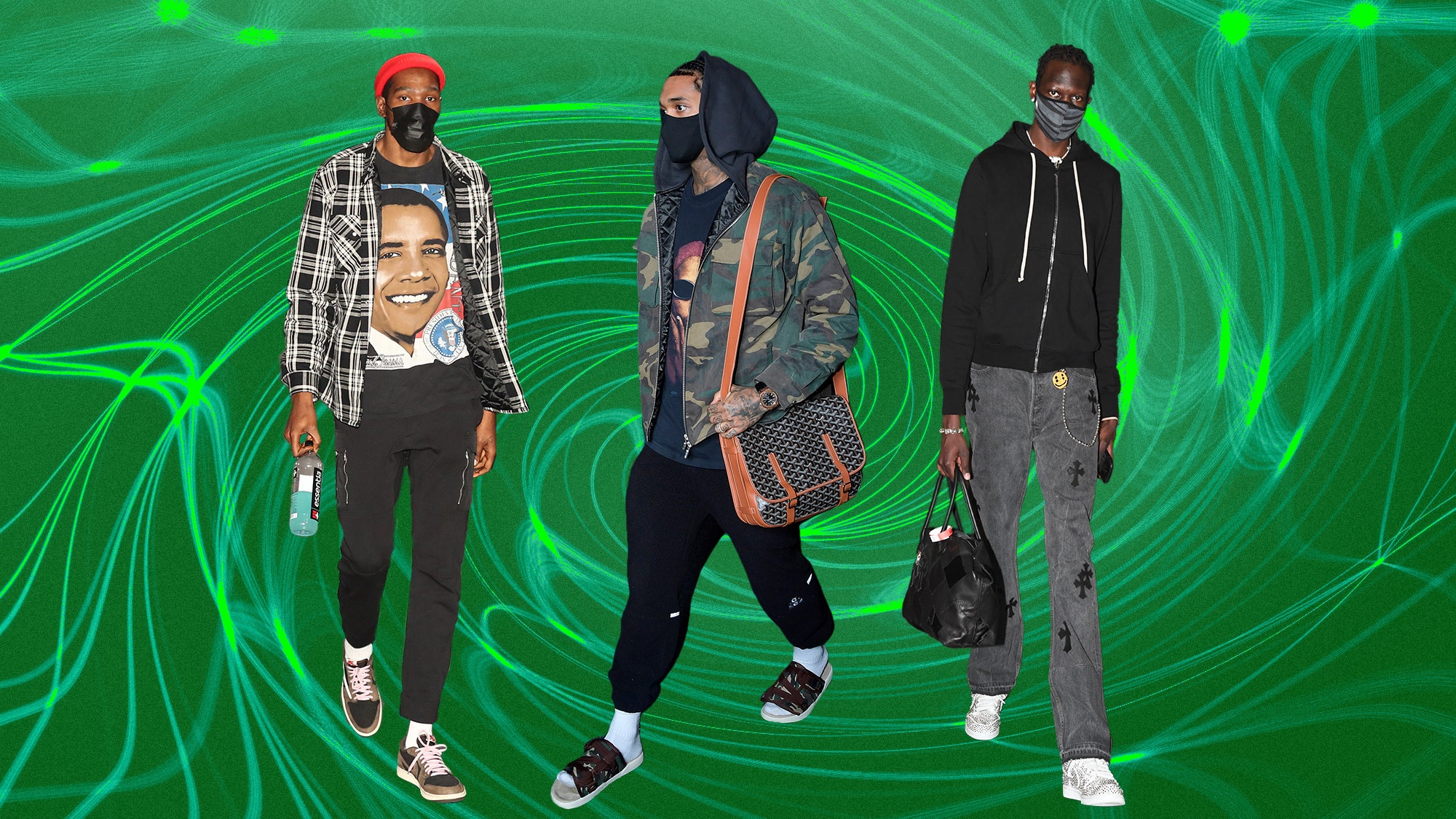