Eau fraiche exists because not everyone likes a loud, long-lasting, high sillage (far-projecting) fragrance. Unfortunately, when evaluating certain cologne’s pros and cons, we often mistake this loudness and prominence with quality. But the truth is that some people—maybe most people—simply don’t want something that fills up an elevator.

Thankfully, there are plenty of high-quality, low-concentration blends out there. And the very subtlest options have their own a specific category, eau fraiche. It’s not something you’ll stumble across frequently, but it’s worth seeking out if you’ve found that normal fragrances are just too strong for your tastes.

But first, let’s back up.

When you shop for a fragrance, you’ll be able to tell how concentrated it is based on the label. This concentration refers to the percentage of perfume oils used in the potion (the rest is alcohol and water). And the higher the concentration of oils, the louder and longer-lasting it is.

Any fragrance labeled eau de cologne has a perfume oil concentration of three to five percent.  (I’m not sure where we decided to call men’s fragrances “colognes”—it’s merely the term that was chosen, like how all hair products are often called pomades.) Up from there you’ll find eau de toilette, with five to eight percent, eau de parfum, which go up to 15 percent, and plain old parfum, which max out at 30 percent.

Eau fraiche is lighter than all of those—it’s any fragrance with an oil concentration of one to three percent. And these barely-there scents are largely “fresh” in nature, too, prioritizing crisp and bright notes. (This is a generalization—you could theoretically pack some patchouli and tobacco into a lower-concentration fragrance—but a mostly accurate one.)

When Should You Wear an Eau Fraiche?

If you or your colleagues/partner/pet are sensitive to the more highly concentrated blends, then an eau fraiche could be the best way to wear fragrance without overwhelming them.

But anyone could work a lighter fragrance into their routine. I like to think that they’re the more grown-up version of a body spray. Maybe you want a nice touch of something when you’re headed out the door—but you don’t want it to announce you from 15 feet away.

3 of Our Favorite Lightweight Fragrances

Sexy and strong, with lemon, wood, musk, and amber notes.

Crisp limoncello and aquatic notes make this a big-boy upgrade from your Axe body spray. 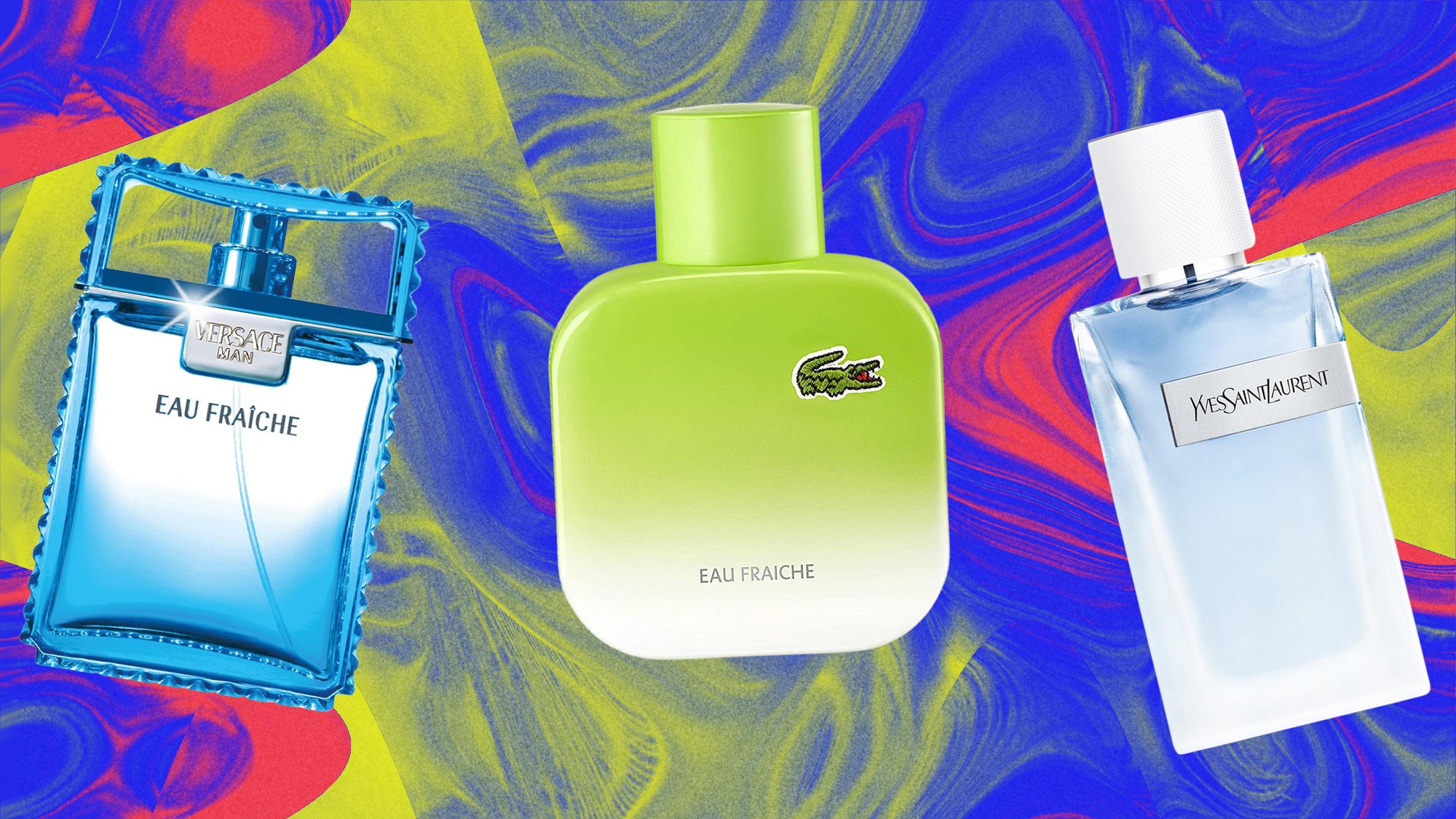