“The Sopranos like everyone else. It’s perfect TV. RIP James Gandolfini the Gawd” – The Kid Mero

“The Sopranos gets funnier the more I rewatch it. The episode where Christopher and Paulie get lost in the snow is so funny you forget they were there to murder someone” – Andrew Kuo (artist)

“I did The Sopranos and The Larry Sanders Show but the most comforting might have been Doogie Howser MD. I can’t believe how good the music was—seriously. And Doogie’s T-shirt game was A+” – Scott Vener (music supervisor, OTHERtone host)

“The Verzuz battles on Instagram have been fun, inspiring, and just dope to watch” – Lil Rel (comedian, actor)

“I can’t even tell you which number rewatch I’m on with Curb Your Enthusiasm and The Office. Both shows keep me sane with their absurdity” – Raven “Ravie B” Varona (photographer)

“Many people hate it, but seeing Michael Scott and the gang feels like a warm hug! Some episodes are genuinely hilarious and require zero brainpower” – Chris Black

“François Truffaut’s The 400 Blows lit up my May; I rediscovered the charm of the young anti-hero Antoine Doinel, a runty, adorable liar, played by Jean-Pierre Léaud, who reminds me of everything I ever wanted in my most radical days to become and have never succeeded in incarnating. Léaud as Doinel is France’s answer to Judy Garland as Dorothy: the precocious, the unruined. On YouTube you can see Léaud’s screen test—at age 14!—for Truffaut, an audition that captures Léaud’s shameless, angelic cheekiness” – Wayne Koestenbaum (poet)

“I’ve watched Gossip Girl every night for my anxiety since I was 15. I still don’t know why” – Cazzie David (writer)

“I don’t know why I found rewatching The Wire comforting, but it was. It shouldn’t have been. Probably just because it reminded me of being in Baltimore working with my friends on Veep, when everything was way better than it is right now. A lot of the locations were the same as ones we used. It felt like going home.” – Timothy Simons 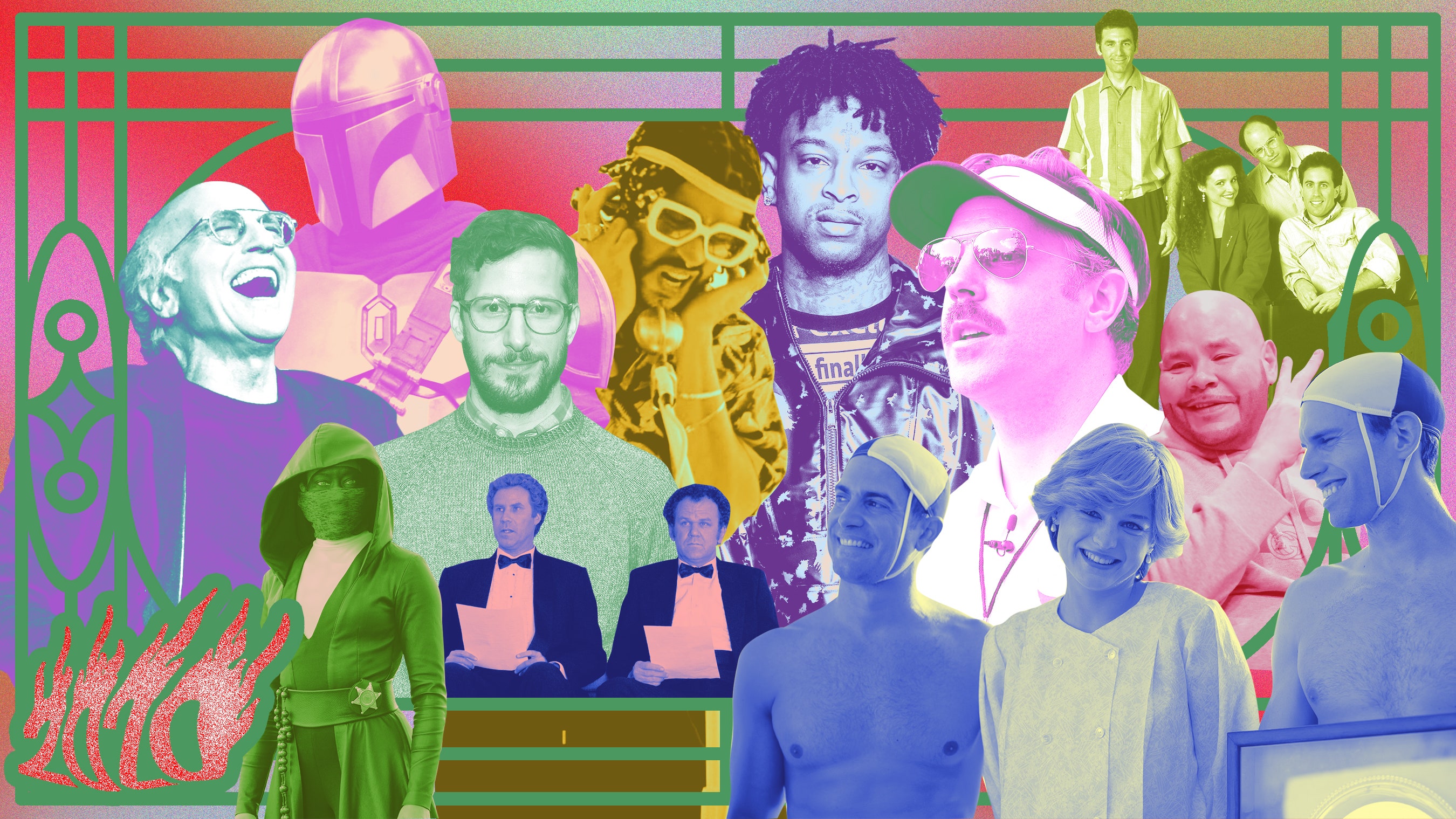