RefrigiWear, a nearly 70-year-old workwear company that hails fr…actually, let’s back up for a hot second. Can we take a moment to appreciate exactly how terrific that name is? RefrigiWear! It’s so pure and kitschy it’s got me using words like “terrific.” You hear it and immediately have a vivid picture of the brand’s whole oeuvre: old-school, built-tough outerwear—as impenetrable as Anthony Davis in the lane, as heavily insulated as you’ve been (you know, from the outside world) since March—designed to keep folks toasty through long days in subzero conditions. And that’s exactly what RefrigiWear has done for decades, outfitting Alaskan pipeline laborers and meat locker managers and winterbound outdoorsmen alike. They make top-notch, no-frills, deep-freeze-battling workwear, the kind of stuff you turn to when even your trusty flannel-lined Dickies and Carhartt duck coats aren’t enough to stave off the chill.

Now, as happens eventually to all things genuinely cool and untouched by time, RefrigiWear is on the verge of [*sighs wearily*] “having a moment.” Supreme has fixed its collaborative sights on the Georgia-based label, flipping its signature Iron-Tuff jackets and vests in blaze orange camo and ‘90s Hornets teal for an upcoming drop. And RefrigiWear itself is attempting to cash in on its hard-earned authenticity by launching Refrigiwear 1954, an offshoot line aimed at hipper, younger customers with slightly reworked versions of the brand’s classics at close to double the price.

We’re here to tell you to ignore all that noise and head straight for the good stuff: Refrigiwear’s time-tested mainline. Beyond the heavy parkas and stout work vests you’d expect, there’s all manner of unexpected gems to uncover: shearling-collared coveralls that stand tall in the face of 50-below temps; knee-length padded frock coats that look like something Rick Owens would wear on a trip to Maine; quilted trousers so good they probably give Craig Green nightmares.

Heading into a long, dark, vaccineless winter—in which your safest bet for seeing friends or eating at a restaurant might mean sitting outdoors for hours in 10-degree weather—this is precisely the type of gear worth stocking up on. Hardwearing, affordable, furnace-level warm, unintentionally stylish, with the single coolest name (and logo!) in the game stitched on the front. Maybe you can’t say you got there before Supreme did, but you’ll be too snug and content to care. 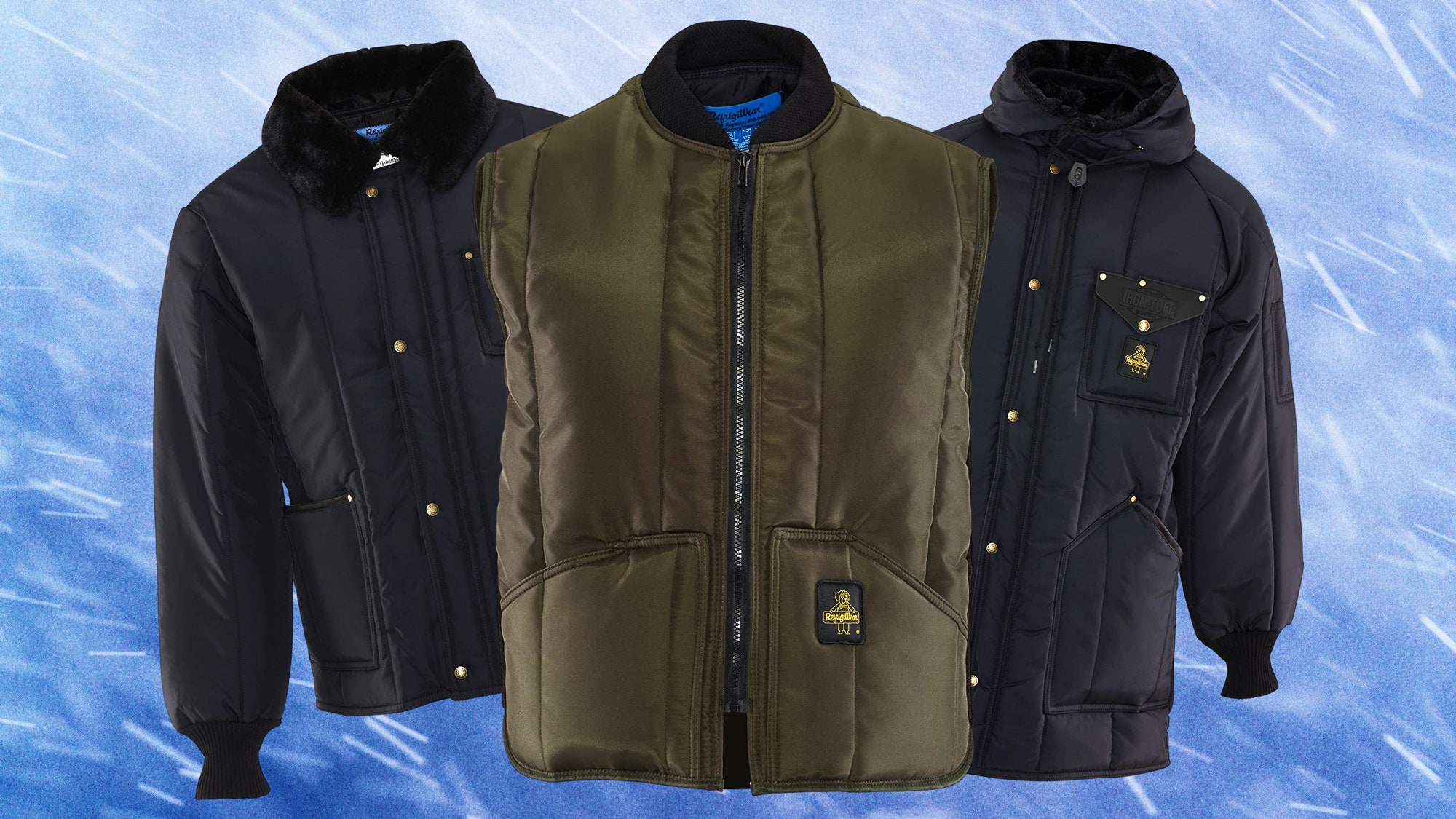