He’s no Pennsylvania Lieutenant Governor John Fetterman. But, in his post-presidential life, Barack Obama has been committed to articulating a sense of personal style that makes one wonder whether a personal goal of his is convincing America that he is—and was—the first cool president of the modern era. If Obama had stuck to the boxy blazers that once defined his public image, well, nobody would have cared. This is America after all, where on the list of political cardinal sins, looking too fashionable is up there with sleeping with your intern.

Which is perhaps why Obama’s new look has taken shape slowly: over the past few years his pants have become progressively slimmer, his dress shoes have haltingly been swapped for sneakers. (We’ll forgive you the Allbirds for now, sir.) But after an entire presidential administration outside the White House, Obama has clearly unlocked a level of previously untapped swagger—swagger he expresses, like the rest of us civilians, by wearing extremely cool jackets. When he attended a Duke vs. UNC March Madness game last year, it was in a Rag & Bone bomber jacket with the number “44” boastfully embroidered on the left sleeve. And then, surely knowing that the NBA tunnel is now the most important street style avenue on the planet, Obama rocked up to the first game of the 2019 NBA finals in a leather jacket that wouldn’t look out of place in a Supreme lookbook.

The latest entry into the Obama style canon came when someone passed our most prominent basketball fan the rock. In a video that’s been viewed over 20 million times, Obama, at a Biden campaign stop in a Flint, Michigan gymnasium, shows off an extremely wet three-point shot. Almost as impressive as the spontaneous walk-away three is his fit: handsome lace-ups, exquisitely tapered trousers, a VOTE mask, and a steely black harrington-style jacket, just cropped enough in the body to suggest it wasn’t picked up at the Congressional Country Club pro shop.

Former US President Barack Obama speaks at a Get Out the Vote rally as he campaigns for Democratic presidential candidate former Vice President Joe Biden in Atlanta, Georgia on November 2, 2020. (Photo by Elijah Nouvelage / AFP) (Photo by ELIJAH NOUVELAGE/AFP via Getty Images)Getty Images

A few weeks later it popped up again, this time on the cover of InStyle in a portrait shot by Shaniqwa Jarvis. Though most celebrities don’t decide what they’re wearing on a magazine cover, most celebrities are not former presidents. And Obama chose to wear the jacket.

Mr. Obama’s new favorite garm isn’t of the fashion world, but it’s pretty darn close. As best we can tell, the bomber is from a 2018 Lululemon Lab collaboration with Canadian men’s fashion emporium Roden Gray, where Vancouverites go to stock up on Martine Rose, Online Ceramics, and Thom Browne. (MSRP: $498.) Like a Lulu yoga top, the jacket features form-fitting, geometric seams, and clearly allows for the freedom of movement required to drain a deep jumper. It also boasts the type of features one would expect in a teched-out designer garment hanging on the racks at Roden Gray: luxurious water-repellent fabric, magnetic pocket closures, and inner backpack straps, a design feature Helmut Lang often embraced. (Can you imagine Obama strutting down the street wearing his jacket over his shoulders like he’s trying to catch Tommy Ton’s eye?)

Most importantly, there’s that perfect crop. American politicians tend to wear outerwear that conceals: long overcoats or shapeless windbreakers that look like they were issued by FEMA. Obama’s jacket hits just under his belt, achieving a balanced, athletic proportion that one might expect to find in an Acronym lookbook.

Is Obama aware his fit is nailing a golden ratio of sorts, an intangible quality that elevates a fit above the sum of its parts? It’s all too easy to fetishize our last normal American president, to read prophecy into his fleeting public appearances, to turn every photo of him that crosses our feeds into a post-facto thirst trap. The former president didn’t return a request for comment, but it seems likely that the technocrat in Obama was drawn to the Lulu x Roden Gray jacket for its quiet functionality, the fact that it has all the features of a military-grade parka in the shell of a windbreaker that blends in in middle America. Obama is exploring a personal style that is verging on something like tactical normcore—but he makes it look as natural, effortless, and obvious as Fetterman’s Dickies-and-Margiela uniform. 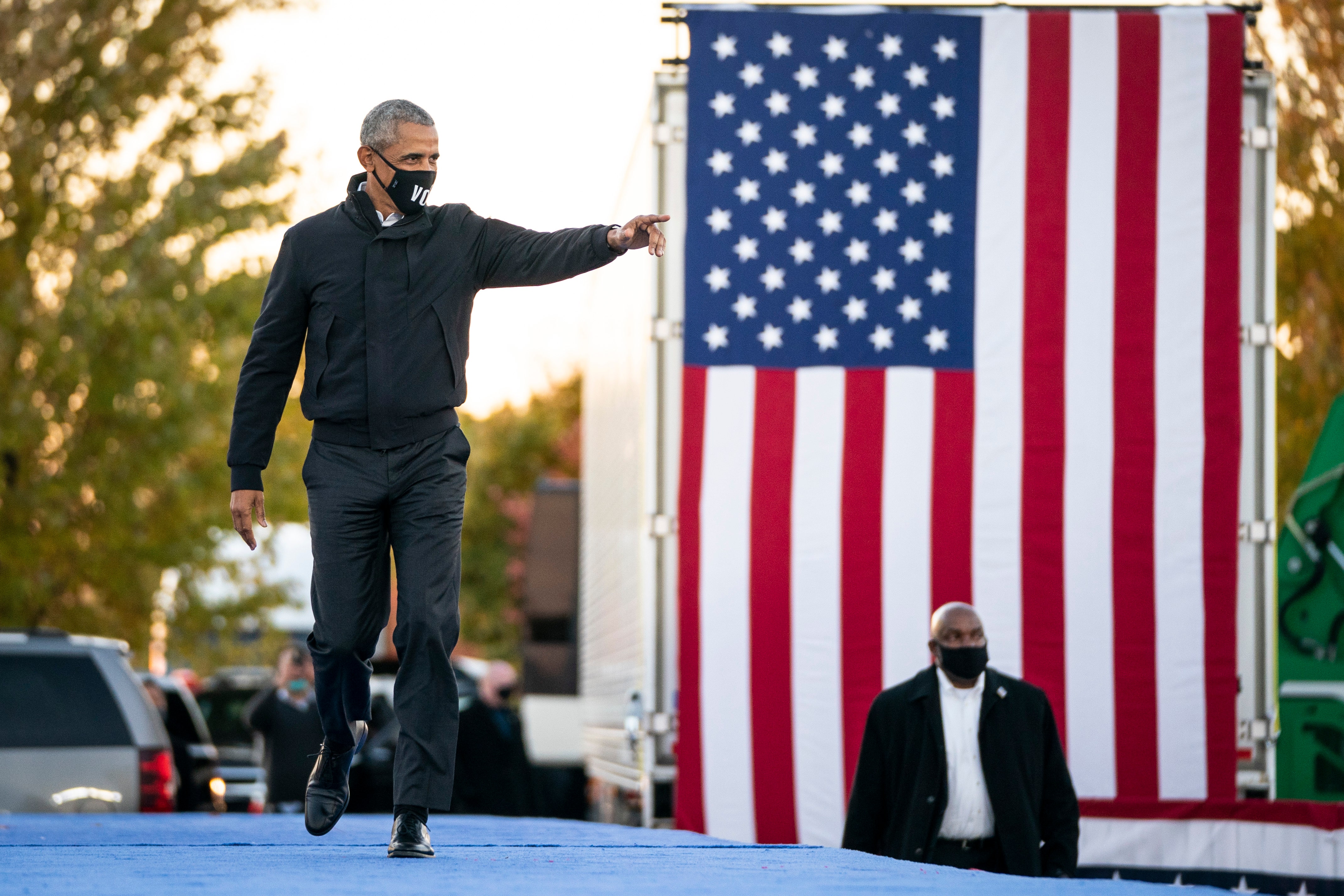