Welcome to part two of Fits for a King, a three-part series breaking down the fashion on The Crown, whose fourth season debuted on Netflix on Sunday, November 15. Read part one here.

It’s no secret that I think Princess Diana was the best-dressed woman of all time, but not for any of the reasons social media will have you believe. She was widely recognized as a fashion icon in her time, but her reputation for street-style innovation and red carpet savvy has only grown since her death, with a nostalgia-soaked social media universe cementing her as a kind of fashion prophet. Season four of The Crown fuels this reading of Princess Diana—we love a wronged woman in a great coat!—and yet the show smartly puts her in a carousel of outfits without ever directly referencing her clotheshorse reputation. Still, it seems everyone is talking about Diana, scorned blonde, and her clothes. So what made Diana’s outfits so great?

First, she simply wore clothes beautifully. She understood fit and silhouette. A woman acutely aware of her own body—painfully so in the beginning, as she suffered from an eating disorder, and then in recovery, as a gym obsessive—she knew how a blazer should sit on the shoulder, how a dress sleeve should end just before the wrist, how a wacky print could look classic if a skirt had the right cut. She occasionally lent friends and sisters her clothes, and it’s worth noting how wildly different the pieces look on them: she knew not to put a shoulder bag over a cotton jacket, how to make a Victorian-style coat look relaxed instead of stuffy, how to make a cheesy printed dress with the era’s duncy shoulder pads look playful. On her companions, the clothes look just as bad as everything else did in that decade. (Her husband Prince Charles understood this, too—but that’s for another day this week!)

The second is that she looked relatively unstyled, even though she very much was. Even the most fervent Diana obsessives don’t talk much about how, in the mid-80s, she began working with British Vogue editor Anna Harvey, an arrangement that was kept somewhat (and somehow) secret for most of the decade. Diana retained the lessons of an editor without seeming to rely on Harvey for every composition, hem, and tuck: she looks loose and human in her clothes. THe feeling is even more striking decades on, when modern celebrities’ work with stylists described as “collaboration.” Both of these are points we don’t consider enough in contemporary fashion; they are the reason Diana still looks pulled together and fresh, even timeless, even though she was dressing very much for her moment.

The third pillar of Diana Style is something we think about far too much: conspiratorial fashion pageantry, in which the public sees celebrity image as a series of sartorial easter eggs. Diana didn’t invent the concept—she’s preceded by, among others, Marie Antoinette and Jackie Kennedy—but she added her own level of control, a sense of narrative arc, and, most importantly of all, a degree of pathos. A muzzled outsider in a family that communicated primarily with tight smiles and cup waves, she resorted to subterfuge: feeding intel and gossip to the press, on the one hand, and dressing out her emotions on the other. Recall her knitwear sentiments, like the “black sheep” sweater and “I’m a Luxury” jumper; those innocent pie crust collars and sailor dresses, which made her look like a put-upon lamb instead of a woman ascending to power; and her colorful, revealing gowns, which grabbed the spotlight from her husband. As petulant as Charles sounds in this season of The Crown, pouting that crowds gather to see her, the future king does have a bit of a point. 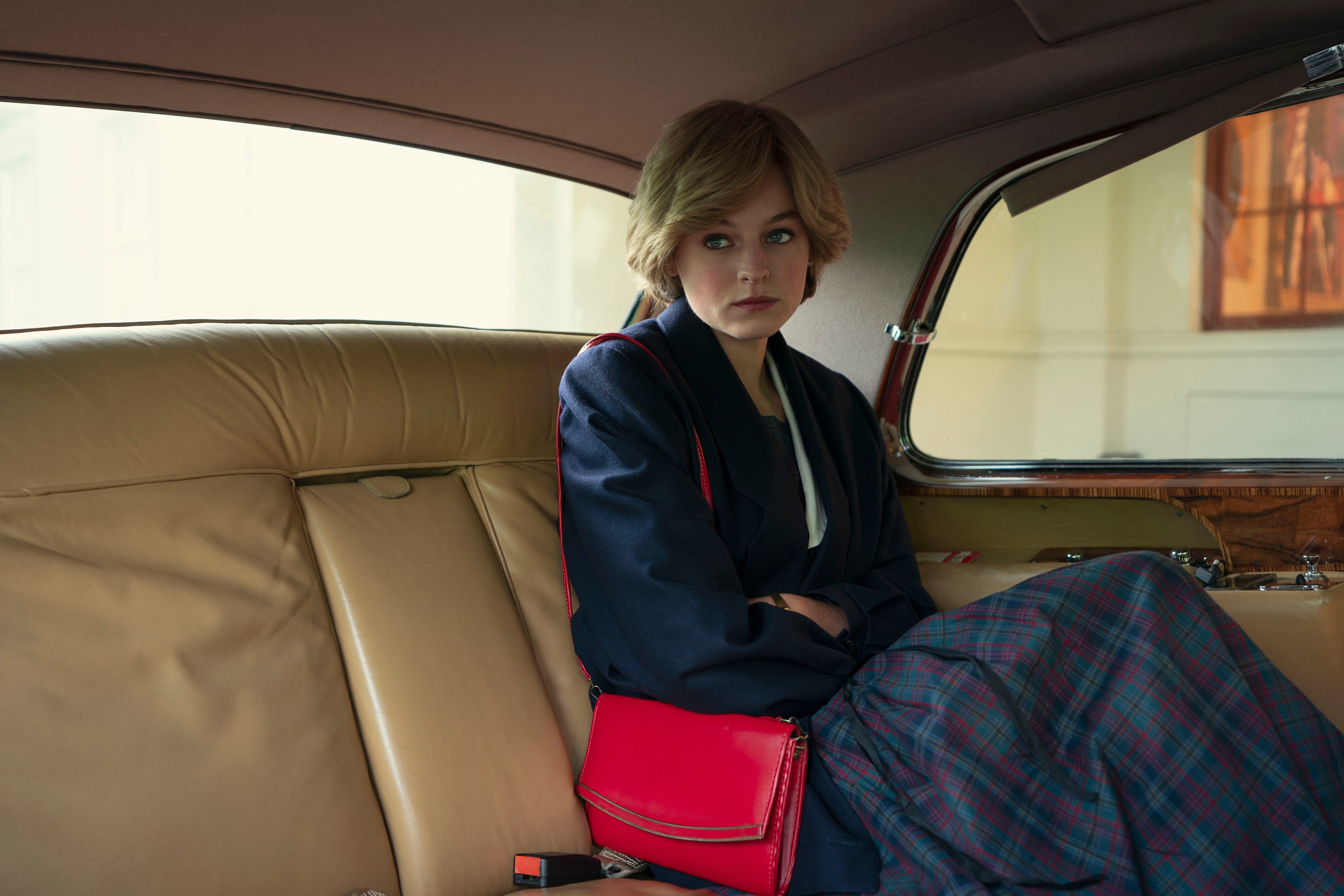