S.R. Bindler: Most people call me Robb, but I go by S.R. Bindler professionally. I was in Dallas for summer break, and Matthew drove up from Austin. My memory is, the audition was one line: “Say, man, you got a joint? Well, it’d be a lot cooler if you did.”

Richard Linklater: From my travels, I knew a guy in Montana who used to say that: “It’d be a lot cooler if you did.”

S.R. Bindler: Matthew was behind the wheel of a car, so I just set up a chair and told him to play like he had one hand up on the steering wheel. And we started to run it, and it was good, but it wasn’t it. \

Matthew McConaughey: It was in that two weeks workin’ with Robb that I found who Wooderson was. Wooderson was who I thought my brother Pat was.

When I was 11, his Z28 broke down, so Mama was gonna pick him up from high school, and I’m in the back of the car. We’re drivin’ around, lookin’ for him, and I look out the back window, and I see this iconic silhouette of this guy leanin’ against the wall, knee kicked up, in the shade, smokin’ a cigarette. And I almost said, “There’s Pat!” when it hit me that, oh, I’d better not tell Mom that’s him ’cause if she turns around and sees him smokin’ a cigarette, he’s gonna get his ass whooped.

But that image of him, in my 11-year-old eyes, he was 10 feet tall. Nothing cooler. That’s who Wooderson was.

S.R. Bindler: What year was Dazed set in? Seventy-six? Pat came from that generation. He listened to that music.

Matthew McConaughey: When Mom and Dad would go outta town, he’d let me drive his Z28, and we’d rock out to his system. To this day, I’ve never heard a better-sounding system than it sounded to my 11-year-old ears in my hero’s car.

He’d get home at midnight and come wake me up, and I’d run out there in my underwear and get in his car in the driveway, and we’d listen to Nugent, Judas Priest, AC/DC, Zeppelin ’til about three in the morning.

S.R. Bindler: I’ll tell you this, Pat could’ve walked out of his house onto the set of Dazed without passing through hair and makeup.

Matthew McConaughey: He had that great part down the middle, throw his hair back—man, cock of the walk! Shoulders back, kinda leaned back a little bit, the pelvis pushed forward, preceding the chest and the head. P-A-T. You know, Hey, hey, hey, watch the leather, man! He had hot cars. He was funny. He was a great big brother. He’s actually my adopted brother.

S.R. Bindler: There was Pat, and there was Matthew’s other brother, Rooster, who was much older than us.

Rory Cochrane: Rooster’s great. He named his kid Miller Lyte! He got a lifetime supply of beer for it.

S.R. Bindler: They were a family of characters, in the best possible way. For the longest time, I didn’t know Pat was adopted. I just flat-out assumed that he was McConaughey blood, because he had a lot of the same characteristics and attributes. 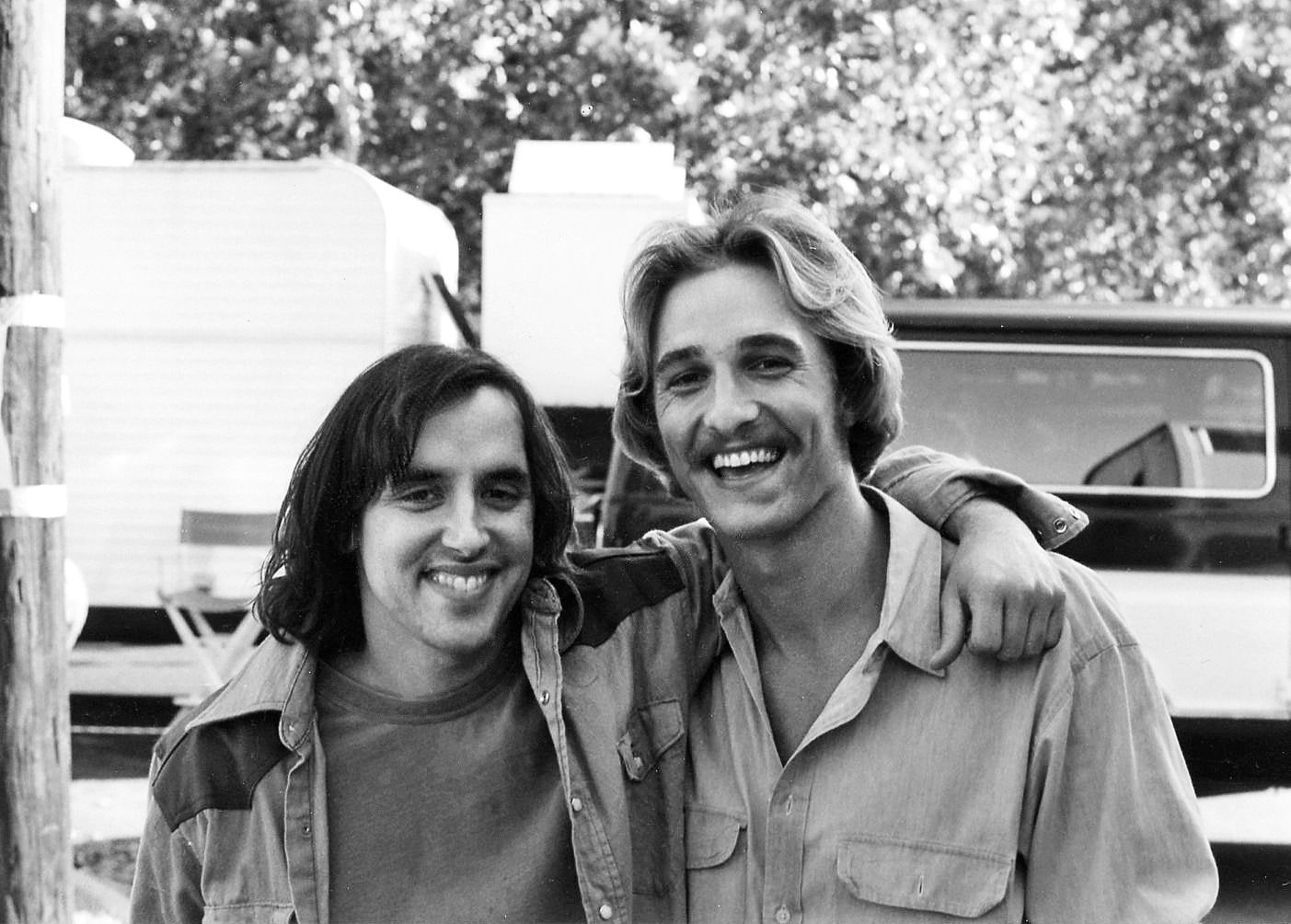