Welcome to Fits for a King, a three-part series breaking down the fashion on The Crown, whose fourth season debuted on Netflix on Sunday, November 15.

It almost seems like the events of the past five years have conspired to prepare us for the fourth season of The Crown, Netflix’s extravagant series tracking the semi-imagined personal dramas of the British royal family against contemporaneous world events. Harry and Meghan’s dramatics, Prince Andrew’s horrifying role in the Jeffrey Epstein scandal, an ongoing social media obsession with Princess Diana: all these mirror and feed into this season’s narrative threads.

This season lurches into the 1980s, and not a minute too soon. Many of this season’s images are already implanted into the brains of those who weren’t even alive when the original events transpired. We spend the first three episodes building towards the fairytale wedding of the century, and when we get there, we’re shown just a few seconds of Diana, lingering in a hallway in her meringue dress. It doesn’t matter: we’ve already seen so many photographs and so much footage—not to mention the photographs of this scene in the show’s marketing rollout—that we fill in the gap for ourselves. This season is different, more potent, more familiar to our fanfic-fueled, lust-driven era of celebrity. Public moments aren’t what The Crown seeks to faithfully recreate, after all. It’s the moments in between, some ineffable emotional fantasy of an inner life, that it hopes to magically conjure. Diana rollerblading through Kensington Palace while listening to Duran Duran, wearing an outfit that I’ve seen infinite times on Instagram over the past five years? Run me over, as they say!

The Crown, 2020.Courtesy of Mark Mainz for Netflix

Never has the culture been so primed for a reassessment of extreme conservatism, or a lightly dramatized dark fairytale version of a blonde antiheroine’s dark fairytale life, or a story about a privileged man feuding with his family over the woman he loves. This season, of course, contains all three. Previous seasons of the show pulled from stuff you mostly knew about from history books, and made people giggle and gasp over polished actors like John Lithgow playing Winston Churchill and Olivia Colman playing the Queen. But now the show has gossip rags and paparazzi images as source material. Emma Corrin, plucked from obscurity to play Princess Diana, was fed to us with a media spectacle that mirrored, quite cunningly, her source material.

The clothes have done much to prime the pump for Crownmania. The style of the royal family has put a surprising imprint on fashion over the past five or so years, considering that they all practice a kind of intentional anti-fashion. We’ve seen tributes to Princess Diana—at Off-White and Rowing Blazers, most notably—and we’ll discuss the People’s Princess in greater depth later this week. But the image of The Firm has been just as influential. Gucci, a crown jewel of Italian fashion, has been unusually enamored of British taste—they sponsored an exhibition of British style at Chatsworth House, and the dotty artiso and her dandyish male friend remain the brand’s staple characters. And Gucci, along with A$AP Rocky, has helped make the queen’s headscarf a street style staple. In women’s fashion, there’s the seemingly unstoppable prairie dress movement launched by Batsheva Dress, whose fans will find a lot to like in this Laura Ashley-filled new season of The Crown. And the Very Royal sensible bougie look is in vogue at Celine and has trickled into everything else. Even Margaret Thatcher’s suits and brooches have gotten their due for laying the groundwork for feminist “power dressing”; there is no Pantsuit Nation without the Iron Lady. Sometimes the references to royal style are direct—Tory Burch’s Diana-themed collection last year, say, or Prince Charles’s sustainable fashion collection released last week. 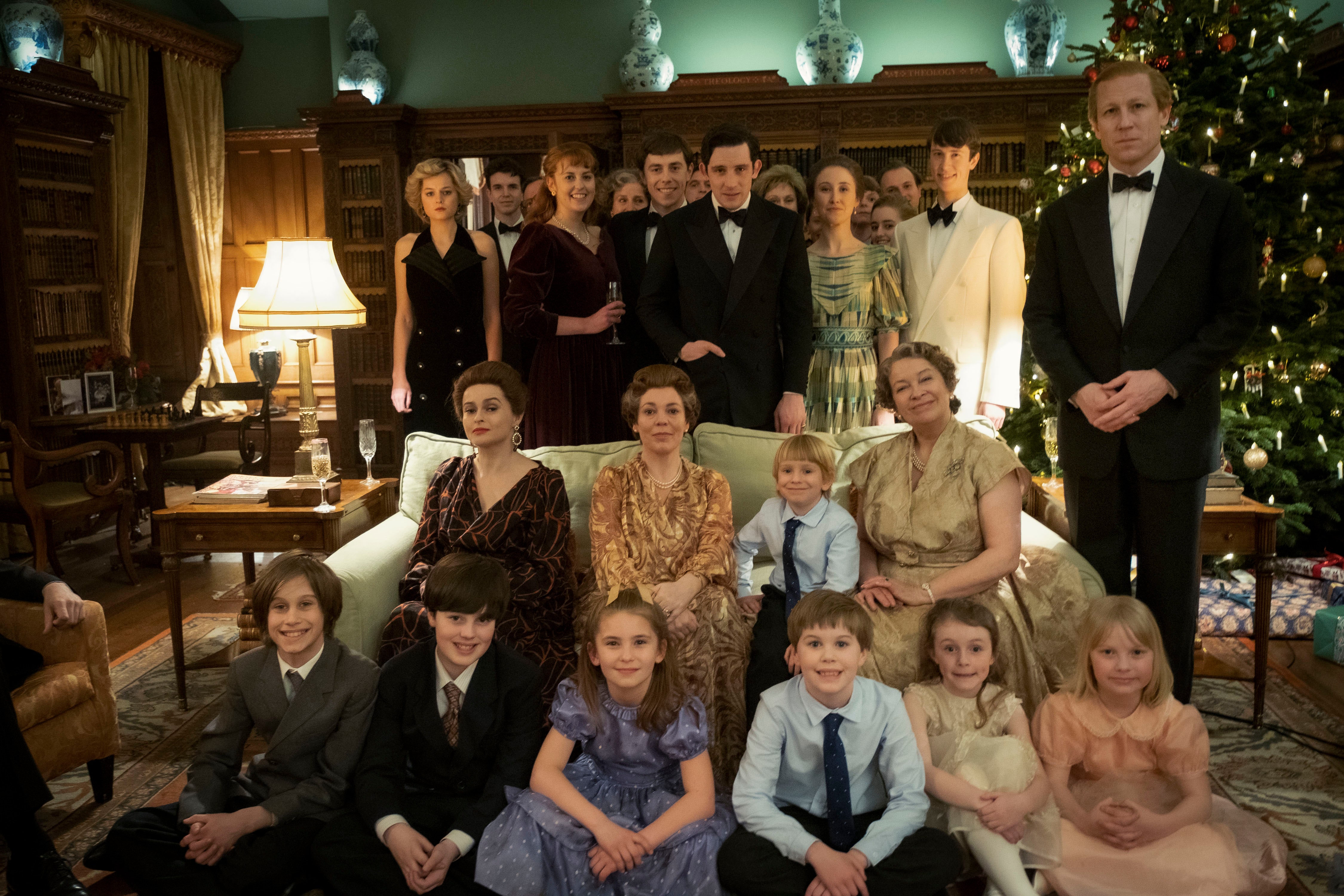