What was the initial spark? Where did you want to steer it?

Well, my first release was a Superstar—and because it was going to be the 50th anniversary [of the shoe], they told me that’s what I’d have to release first. So I love my Superstar, but it wasn’t what I chose. Immediately I said, you can’t get basics at these big sportswear companies that are decent. They’re either really tech-y or they have logos and shit all over them. So for me, the Samba’s my favorite silhouette; I want to make a Samba. And then, what I would wear all the time in New York at that time was basketball shorts, Dickies, and puffer jackets. And I was like, can you just get the best version of those basics in interesting, deep colorways that don’t have logos and stuff all over them? How do I get the basics I would have gotten when we were growing up that I still like to wear?

You’ve said that Samba is your favorite silhouette. What’s your history with that shoe?

I’ve worn it since probably I was 11 or something—it’s always been my favorite shoe. I would wear them from when I was super into soccer when I was nine or 10, and then through skateboarding. And then I never lost affection for just how it looks. They look great with shorts, they look great with pants. They’re just a beautiful shoe that isn’t too tech-y or futuristic.

I wanted it to be super, super simple. Except for a couple touches, which were: whenever I was growing up, I would go to the mall and get fat laces and replace my normal laces with fat laces. And I wanted them to be monochrome. The first thing I would do when I would get a new pair of Sambas, is buy fat laces in a monochromatic color and put them in. And I always felt really cool when I did that. So I wanted that to be the lace. And then writing your name on your notebooks or writing shit on your shoes—the handwriting that you see on the shoe is my handwriting. And it has been since I was a kid.

And why those colors?

My favorite color is British racing green. So whenever I had a car, not many cars come in that deep, dark, British racing green—and then especially in clothes, everything is so neon and bright and in a way that isn’t as rich. And I was like, what are the other kinds of colors that go along great with British racing green? It’s this merlot and this deep gold. I wanted these rich, almost darker, deeper colors.

And then what is it about that monochrome dressing that appeals to you?

I just thought it was cool to kind of take that style of dressing and make it with these colors I’m obsessed with that I don’t see a lot of stuff in.

When you were sort of making and then especially promoting Mid90s, you were wearing a lot of black—it was like, This is the director’s uniform. Does this represent a shift—

That’s so funny. It makes me laugh that people call it a director’s uniform, it’s so funny. It was just because I had to do press every day and I didn’t have the real estate in my brain. I would be doing interviews and then screenings and then all those things. And so it was just a way to look nice and good. I don’t even think I would be able to get the job done if I had to pull off a crazy fit every time. It just looked good and clean—and it just took the focus off of that, maybe, and put it more on the film. 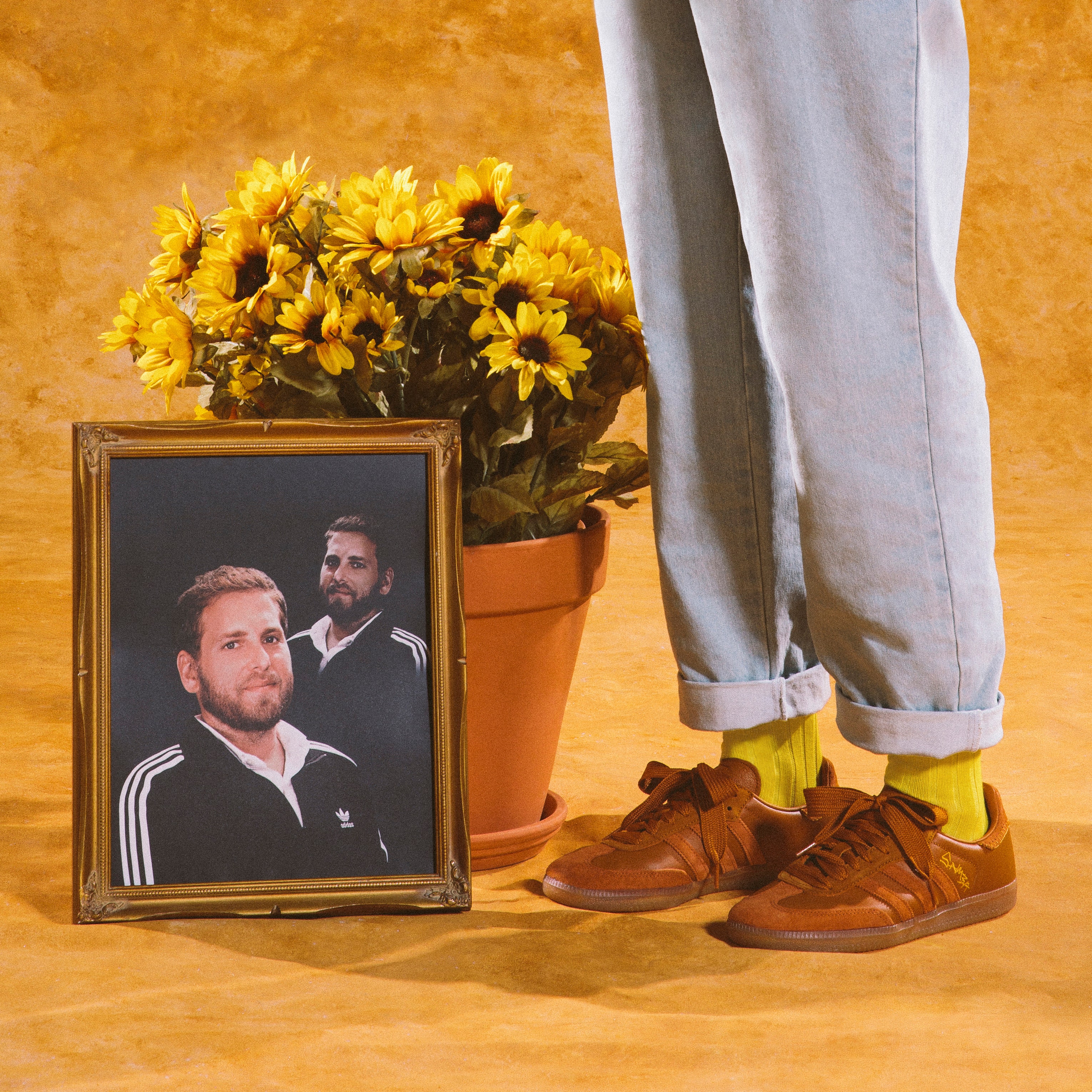