Menswear icons are not made overnight. From Paul Newman and Steve McQueen to Pharrell and Kanye West, or more recent members of the canon like Jonah Hill and Shia LaBeouf: these are men who’ve had skin in the game for decades, who inscribe their place in the canon year by year, outfit by outfit.

But once in a while—because this is America, land of opportunity, after all!—comes a man who toils in the background, perhaps content with local celebrity status. And when, or if, history foists him into the spotlight, he ascends to icon status instantly.

Pennsylvania Lieutenant Governor John Fetterman, with his enormous collection of regionally-appropriate Carhartt gear, is just such a man.

Donald Trump’s falsified claims of election fraud have brought national attention to Fetterman, who has appeared on television countless times over the past 10 days to dispute the president’s claims and assert his own state’s efforts to ensure a fair and legal election. His carved-from-a-boulder face and 6’8’’ frame seem both too big and too good for the jaded lens of cable news. Like several of his fellow local elected officials also thrust into the cable-TV maw, Fetterman’s position as an honest, civic-minded politician clashes with the sputtering churn of Key Race Alerts and Breaking News: Tweets. His presence reminds us that American politics were built—and kept afloat, even during these past four years—by people who simply care about doing the right thing.

And wearing the right thing? Lt. Governor Fetterman’s got that covered, too, and in a deeply Pennsylvania way. He has appeared on TV in lime-green neck gators and enormous Dickies button-ups; his outerwear of choice includes a navy Carhartt fleece and a black channeled puffer. While Carhartt, like many other workwear brands, has made an effort to hipster-fy its offerings through marketing and diffusion lines, Lt. Governor Fetterman manages to wear the brand as both its populist creators intended and its newer aesthetic-minded customer base of art handlers and skateboarders interpret it. That’s thanks in part to another key wardrobe element: Fetterman also appears to own a bad-ass pair of Maison Margiela side-zip boots. Which don’t exactly scream local government, but, to mingle armchair political analysis and fashion criticism, suggest a willingness to question our preconceived notions—of footwear, and public affairs. 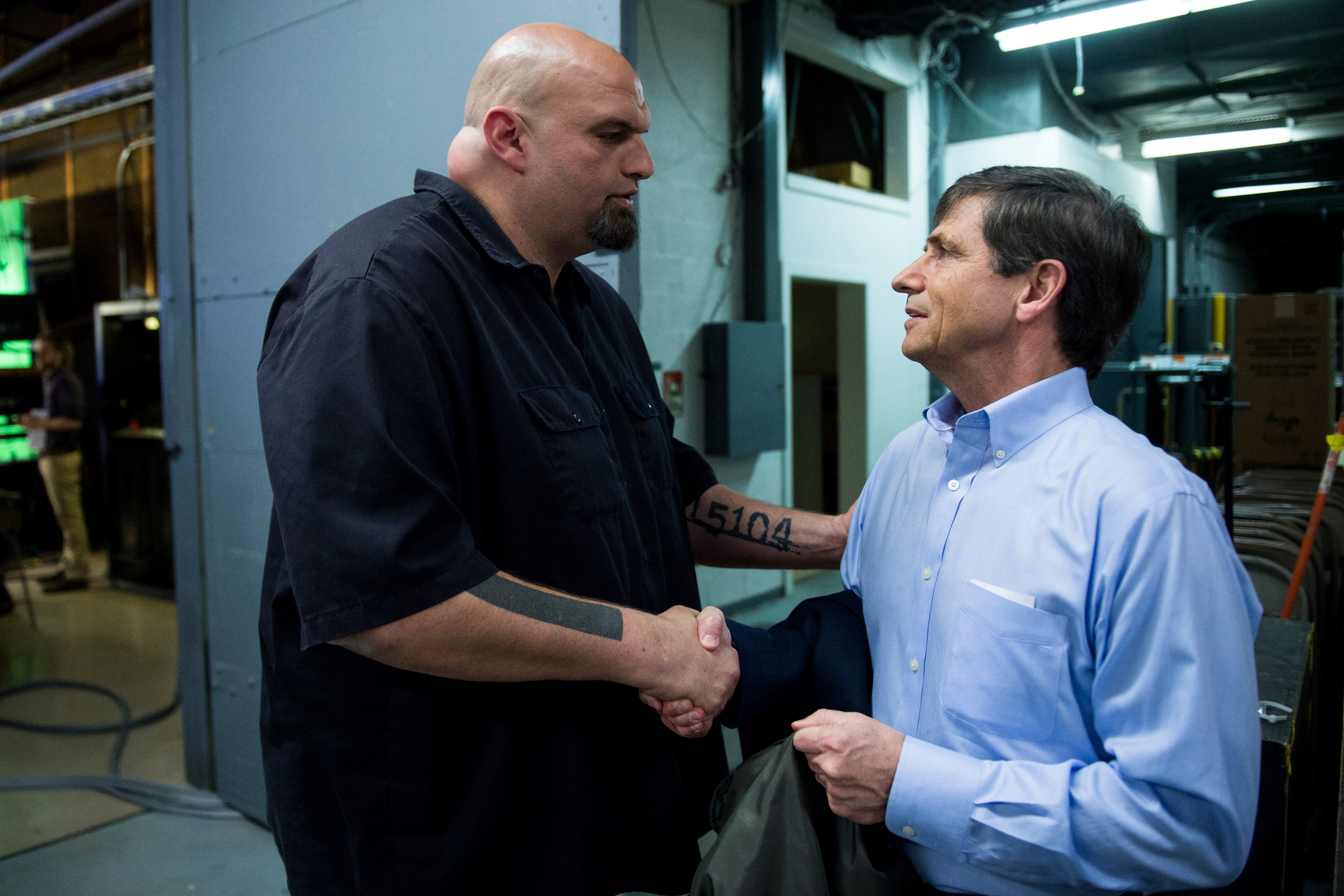