Earlier this year, photographs began circulating suggesting that His Royal Highness Prince Charles, the heir apparent to the British throne, wears just two coats—and has done so since approximately 1988. The idea was almost too much to bear. One of the global faces of privilege and power, a man with access to the best tailors in the world and a great amount of money to throw at them, has apparently survived for nearly three decades with only two pieces of outerwear: a camel-hair coat, and a tweed coat from Anderson & Sheppard. Both are double-breasted with peak lapels. They go with everything—even high-visibility vests.

While it’s the women of the royal family that tend to grab fashion headlines, this outerwear rotation told us something about Prince Charles’s values, whose lifelong passions include gardening, organic farming, and environmentally conscious urban planning. Sustainable fashion isn’t simply about materials; it is also about quality and personal style.

Now Prince Charles is turning his philosophy with something bigger: a fashion collection. His charity, The Prince’s Foundation, worked with Yoox Net-a-Porter (which also owns menswear outpost Mr. Porter), to put together a group of students from Italy and the United Kingdom to create an eighteen-piece capsule of sustainable garments. The group is comprised of students from Italy’s Politecnico di Milano, one of the country’s leading design schools, and artisans working out of the Prince’s Foundation’s headquarters in Scotland, who have spent the last several months in an exchange about how best to apply newly earned knowledge of sustainable materials and traditional techniques. The project is called The Modern Artisan, and the pieces go on sale across YOOX’s suite of e-commerce sites today.

The goal, says Jacqueline Farrell, the Education Director of the Prince’s Foundation, was to help the ten participants become “aware that sewing is an art form and a craft in itself, and also to see that the amount of time spent making a garment isn’t two hours,” she sids in a recent Zoom. “There’s a lot of commitment required to produce and teach that—and the time that goes into making something that is beautiful and heritage.” This is a longstanding goal of the Prince’s: at Dumfries House, the headquarters of the Foundation, Farrell oversees a Textile Training Center that teaches increasingly bygone methods of making clothes. 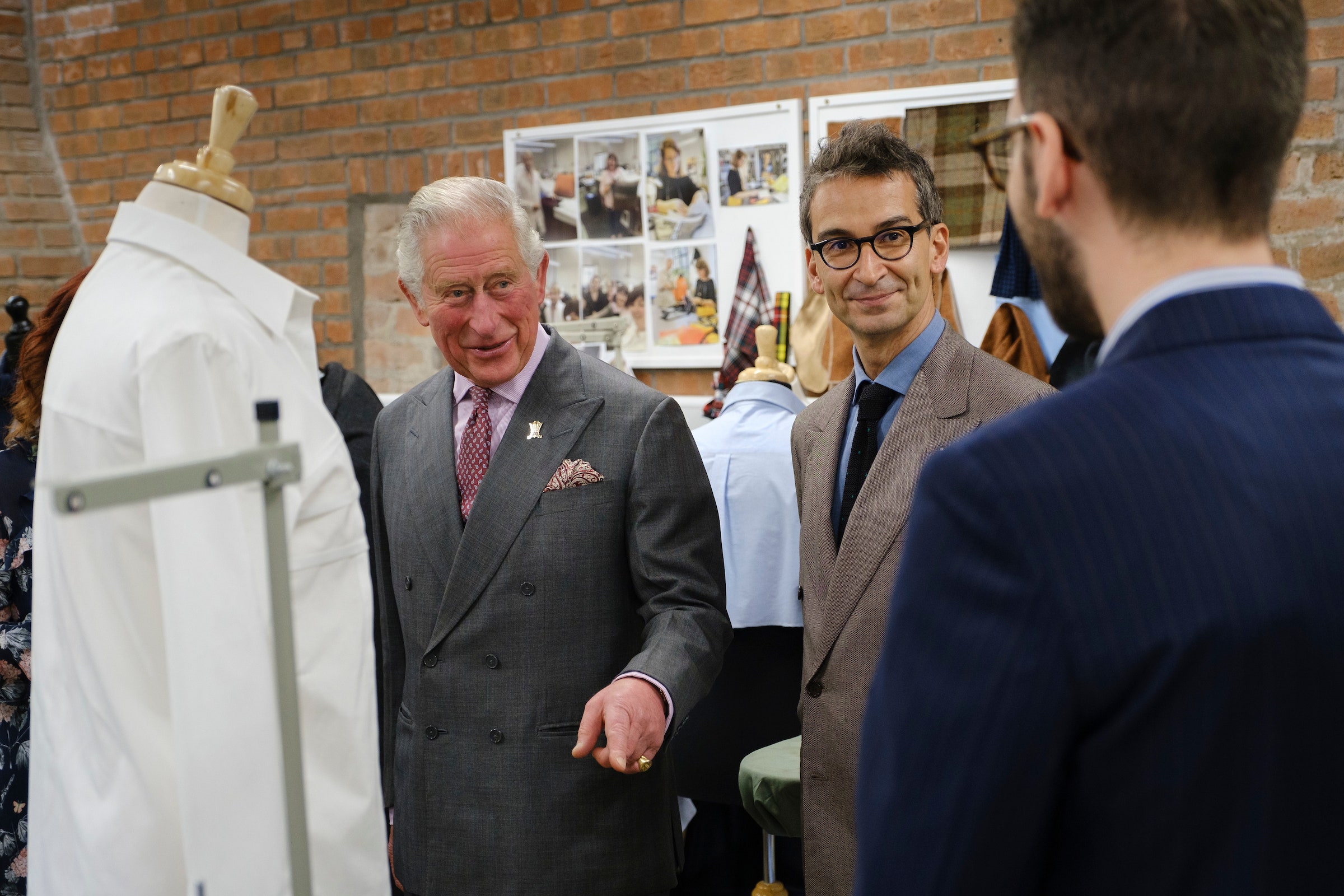