Druski’s parents are academically minded—his father, a pilot, attended Howard University and later graduated from the United States Air Force Academy and is a Wall of Honor nominee at the Smithsonian National Air and Space Museum, while his mother has a Master of Science in Public Health and once worked at the Centers for Disease Control and Prevention—so naturally, this didn’t go over well at home. “Upset’s not even the [right] word,” he recalls. “My mom used to lose it— like literally cry.”

Druski’s slacking off nearly made him a super senior. He graduated on time after his Spanish teacher, Nancy Gordeuk, handed him a two-sided sheet of paper with basic vocabulary like “hola” and “como estas.” Druski filled out the paper and was awarded credit for two years of Spanish. A year later, Gordeuk went viral for a rant she made during a graduation ceremony; she subsequently blamed the rant on Satan. Druski shrugs it off, unphased. “Sheeiiiit, it helped me get out of high school, so…”

After high school, Druski spent a few years at Georgia Gwinnett College before transferring to Georgia Southern University in Statesboro, a small, sleepy town which he picked because he heard the parties were crazy. They weren’t: “I literally sat in my room so many days. Couldn’t even pay my rent; my mom was paying my rent. And I was in the middle of nowhere, four hours away [from home].” He got depressed, stopped showing up to class, and would watch videos of comedians on Youtube—not just the funny ones, but inspirational speeches by Steve Harvey as well. Two semesters in, Druski dropped out of college. This left his mother disappointed, but his grandmother threatened to cut him off completely. “I was like ‘what the fuck?’ I was hurt by that. I was like watch, I’ma show y’all. I’ma prove it to y’all.”

As far as show and prove moments go, a prominent cameo in a music video for the biggest pop star in the world definitely does the trick. Druski ended up in the “Laugh Now Cry Later” video via direct invite from Drake, who became a fan after watching Druski’s Kyle Rogger bit, hit his line and asked him if he’d like to hang out at Nike’s Beaverton Oregon campus for the shoot. His scene was improvised and developed on the spot. He spent most of the time there in typical Druski fashion: “fucking around with all the workers and like walking around talking to people like I was the CEO.”

As his star rises, Druski has cultivated other rarefied friendships. Druski developed such a genuine friendship with Beckham Jr. that the Cleveland Browns wide receiver asked Druski, at the beginning of the pandemic, if he’d like to spend the offseason living with him in Los Angeles. When I ask Druski, who accepted the offer, if letting new chums live in your home for months is just some sort of rich people thing, he says “Hell nah. He don’t do that with everybody.” Beckham Jr. says they became close because “Druski brings the best energy wherever he goes and always has everyone in the room laughing.”

Living with Odell entails a lot of exercising, fancy alkaline water, and criticism of terrible dietary habits. “We were working out everyday,” Druski says. “He just dropped so much knowledge about health.” Then there was that time when David Blaine chased Druski through the house, pleading with him to seal his lips shut with a needle and thread. Druski and Beckham Jr. looked on in disbelief as Blaine performed disgusting feats like eating glass and throwing up a frog: “That guy’s scary man. I’ve seen magicians, but I don’t think he’s human,” he said. 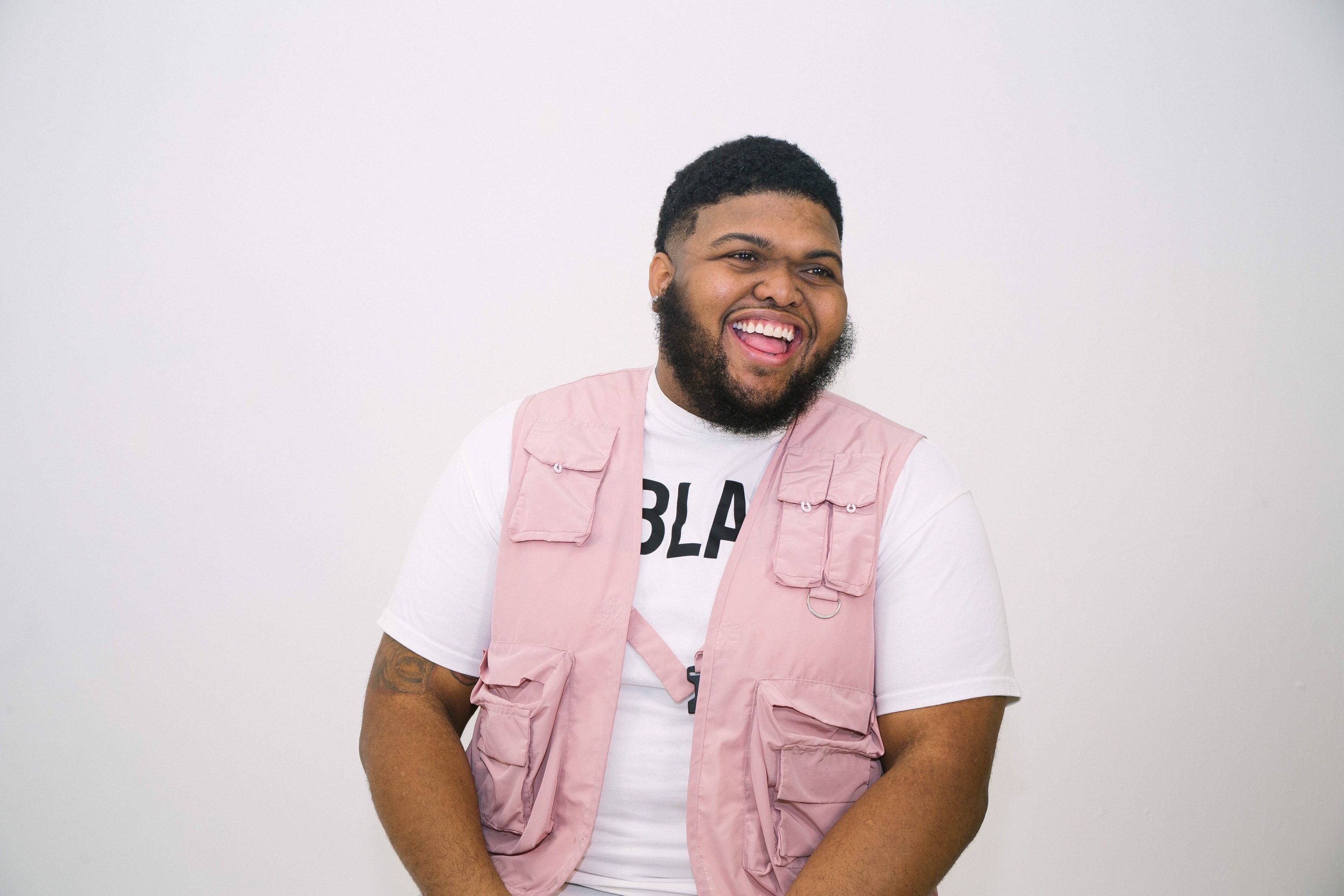