The third Apple event in the last two months is in the books. Speaking of books, the stars of the show were the new MacBook Air and MacBook Pro. The “One More Thing” Apple Event (November 2020 edition) didn’t deliver on some of the pre-show rumors floating around (like, that Apple would drop new over-ear AirPods or a helpful location-based Tile competitor). But what we did get are two key upgrades to the company’s laptops and Mac Mini desktop—upgrades that seem small, but actually signal the culmination of a years-long shift for Apple.

Those upgrades are [quiet, gentle drum roll]: new CPU chips (the M1) and the Big Sur operating system. Yeah, sure, chip upgrades and a step-up OS are yearly occurrences at this point, so why the hype? Because the M1 chips are now being made by Apple itself (versus Intel), turning the company even further into a vertically integrated behemoth in control of everything it makes. Also, because the chips are faster: If the company’s claims are to be believed (and there were some big claims) each of these computers will perform orders of magnitude better than the previous generation. And finally, because the new chip system—in tandem with the Big Sur OS update—lets the new MacBook Air, MacBook Pro, and Mac Mini run iPhone apps.

In other words: your laptop is now a big phone. This Apple drop is the company saying that the iPhone is the real sun in its solar system. That it’s not a computer company, but a phone company that makes computers…which should work more like phones. This isn’t mind-blowing information, but it’s a paradigm shift nonetheless.

Since it was slid out of a thin manilla envelope in 2008, the MacBook Air has been the obvious MacBook choice for most people. This new MacBook Air comes a mere six months after the last MacBook Air update. (If you bought one of those, maybe stop reading now.)

The new M1 chip makes the new Air up to 3.5 times faster—on everything from photo editing to running apps—than the one released earlier this year. Apple also promises a battery life up to 18 hours, which should get you through a workday and a Schitt’s Creek binge, and better image processing on the (frankly old-by-now) 720p FaceTime camera. Perhaps now we won’t all look like literal potatoes on Zoom. 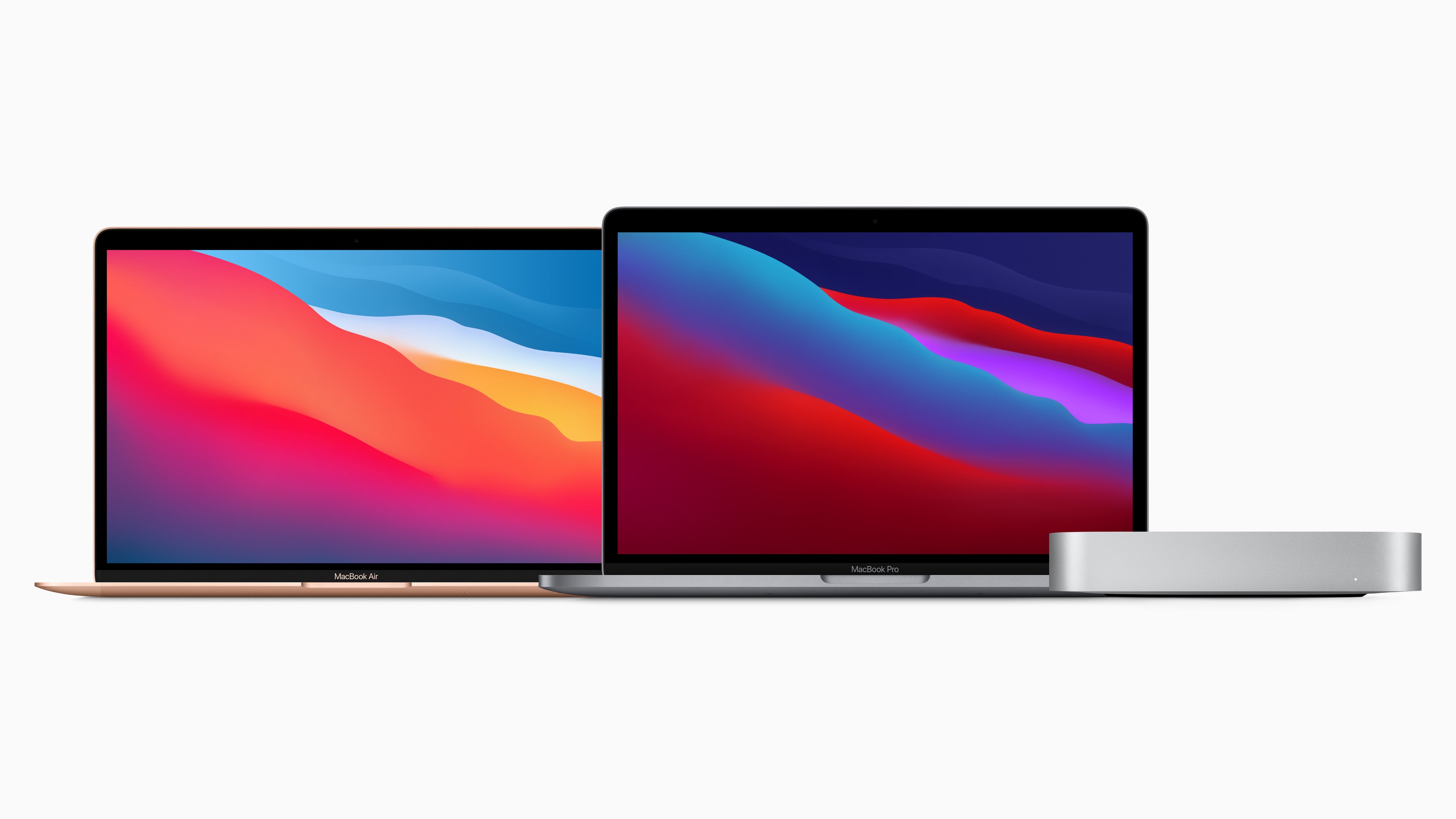