Sylvester Stallone may be most famous to the general public for blasting bazookas and KO-ing muscular Russians, but the actor is also a legend in the more elegant world of watch collecting. In fact, Stallone is likely one of the most important watch collectors of the last several decades, credited with boosting previously lesser-known brands like Panerai and Richard Mille while ushering in an era of giant watches that lingers to this day. Like his on-screen persona, the actor’s watches are massive in proportion, come with camo designs, and are about as subtle as a grenade. Now, five important watches from Stallone’s collection are coming to auction at Phillips this December.

The first and most important watch to discuss is the Panerai Luminor that Stallone wore in the 1996 movie Daylight. Before Stallone walked into a Panerai boutique in Italy while filming Daylight, the brand was almost a complete unknown, especially to American customers–it had been a long time supplier of pieces to the Italian Royal Navy and only started making pieces for civilian customers in 1993. After Stallone bought a watch for himself on the spot and commissioned a series of pieces with the word “Slytech” on the dial and his signature engraved on the back, Panerai was catapulted into prominence.

“[Panerai] was previously largely anonymous and unknown,” according to Paul Boutros, head of Phillips Watches, Americas, who adds that the watch’s appearance on Stallone’s wrist helped “ignite Panerai’s enormous global popularity.” But Stallone didn’t just wear the watch himself. He also used those “Slytech” pieces as gifts for his famous buddies and scattered them across Hollywood. Most consequentially, he gave one Panerai to fellow action-flick star Arnold Schwarzenegger, who wore the watch in the movie Eraser. These super-sized watches were a natural fit with our brawny heroes.

Together, Stallone and Schwarzenegger completely refashioned watch collecting. Action-movie watches the size of small planets suddenly started orbiting every collectors’ wrist. “Up until the mid-1990s, most mens’ watches were 39mm and smaller with very few outliers,” says Boutros. “With the global visibility and undeniable influence such an important Hollywood celebrity has on popular culture, his choice of a 44mm Panerai watch, with its unique aesthetic and prominent wrist presence, ushered in an entirely new era. People woke up to the idea of a large watch.” Because of Stallone, the image of Panerai as an action-hero watch still holds today: the Rock frequently wears a Panerai Radiomir.

So even a small fraction of the Stallone watch collection coming to auction is a huge deal. The Panerai Luminor going under the hammer is the precise piece that set the watch world aflame over two decades ago. Phillips asserts it is the most important modern watch produced by Panerai, and it’s hard to find fault with that statement. It bears the Luminor’s signature visible-from-space hour markers at 12, 3, 6, and 9 o’clock and features a design of tangled-up arrows (the design is now known by collectors as the pre-Vendome logo, referring to pieces made between 1993 and 1997, when the Vendome group bought Panerai). So: no gimmicks, just pure horological history. 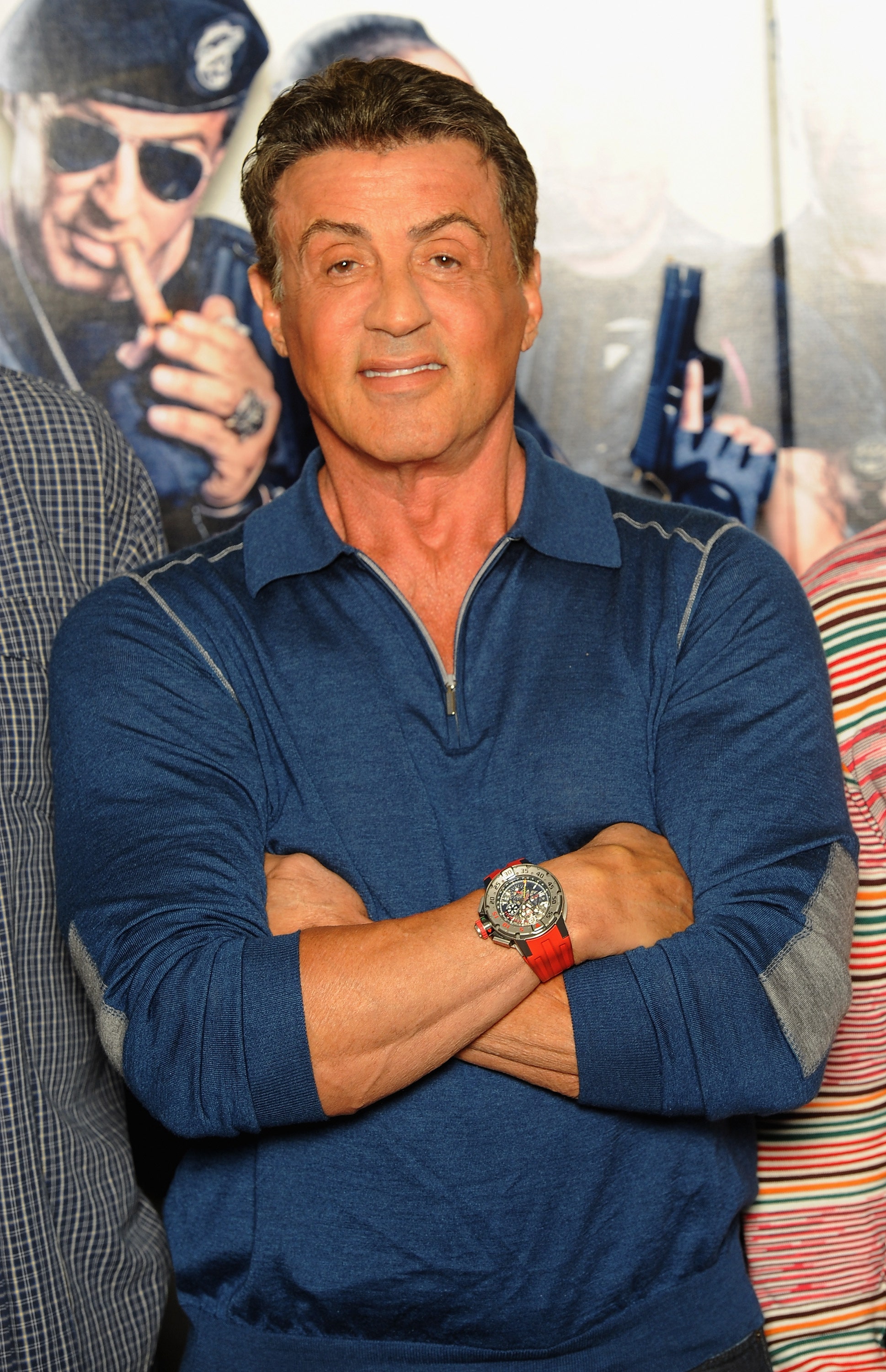