I want to go back to that period in your life because, as you mentioned, the Stones were off. But it was a fascinating and pivotal period for many reasons: you’d recently gone off heroin, you’d reunited with your father, you became a family man with Patti, you were on the outs with Mick. How do you look back on that time now, 30 years later?

It was just a matter of energy, I suppose. Hey, I got kids and a new band. Why not have a new band?

When I think about it, there was a sort of déjà vu feeling of when The Rolling Stones first suddenly and miraculously and unexpectedly became The Rolling Stones. There was this feeling of rejuvenation. I felt it a few times in Jamaica later on, working with other guys. You feel a sort of roll of energy going amongst guys that you can’t quite put your finger on, but I’m glad I’m here and I want to take part in this.

What has your day-to-day like been this year? How are you spending your time at home?

Well, I take the mask off. It’s all a bit strange this year. It’s a unique situation, isn’t it, for us all. No matter who you are. And I’m just doing my best and writing some songs because I do that anyway. That sort of happens without even trying. Not that they’re any good, but, you know, it’s what you do.

How are you killing the time otherwise?

I did do a session with [X-Pensive Winos drummer] Steve Jordan, two or three weeks ago in the city. Still working on the Stones album, which was halfway in the works before shit hit the fan. I was trying to progress a few things along, but there’s not a lot one can really do except wait for the vaccine.

Has the pandemic changed the process of how you and Mick write songs? Do you send ideas or lines back and forth, or full songs? What’s that process like?

I listen to other people. Most songs are written by being observant and just hearing what somebody else says. And it might be taken totally out of context as a certain phrase. I think I got “Satisfaction” out of a totally innocuous conversation with somebody else. I didn’t hear that word a lot. You become susceptible to the way people react to each other. The tough thing about being a songwriter is, once you start, you can’t stop, even if they’re lousy songs.

Speaking of “Satisfaction,” that riff famously came to you in the middle of the night. Do you still get song ideas in your dreams?

How I wish. That was the most superb, lucky song ever. No, I’ve never quite dreamt up another one in the middle of the night. But that was very early days for me writing and just the idea that that could actually happen was incredible. I’m still waiting for the next dream, you know.

Many people have been comparing the year 2020 to 1968, and the Stones were very much at the center of 1968 culturally. What’s your most vivid memory from that year?

Hmm, ‘68. Yeah. I was so embroiled in recording, writing songs. I mean, in ‘68 I was only grabbing little bits of what was going on around, because things were changing incredibly in ‘68.

I guess I picked up on a bit. I was also unfortunately going into my blue period, which took me 10 years to get out of. I remember that I wrote “Gimme Shelter” and I was just writing, writing, writing, and recording. Also, I was with Anita Pallenberg, it was our first year together. Really, when it comes to it, I was just overworked and overloved. 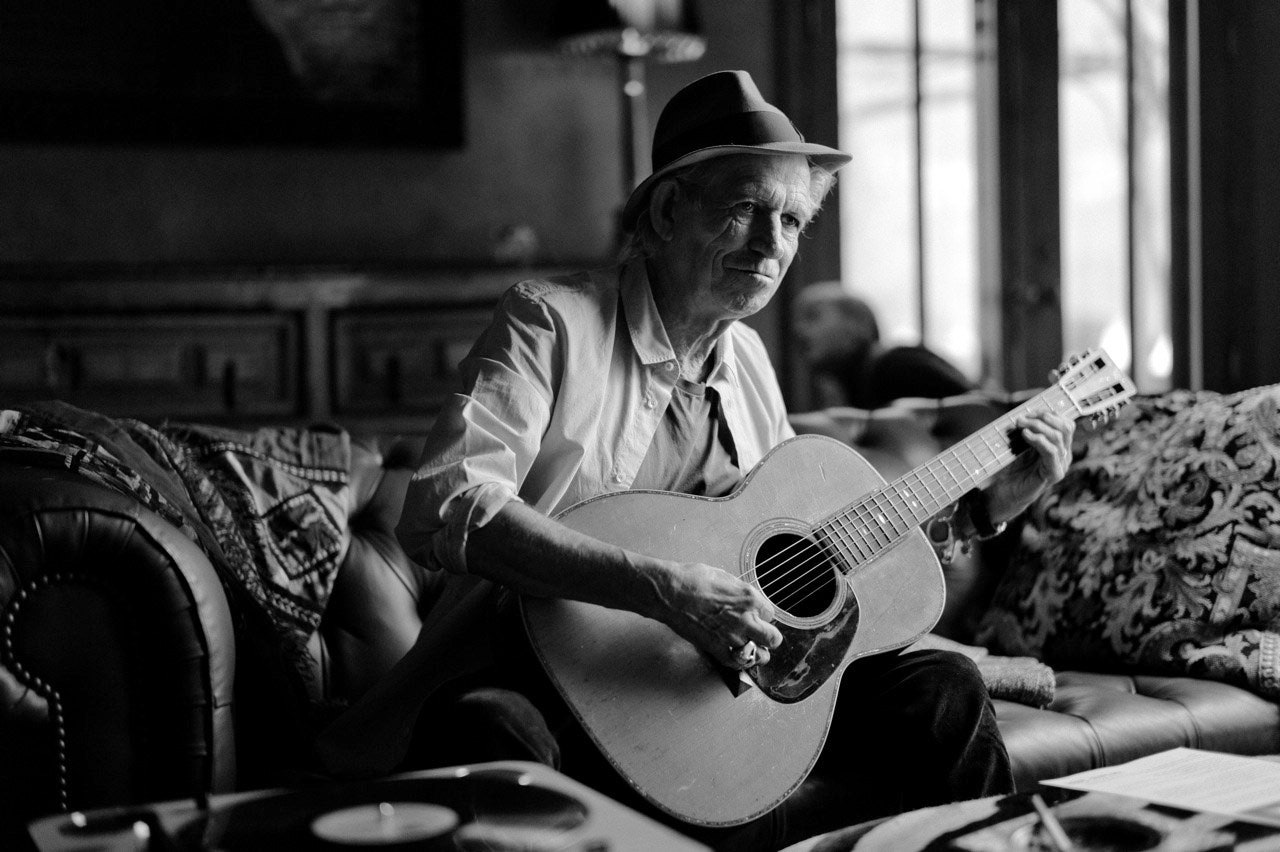