Some watch collectors are omnivorous, grazing from across the landscape of brands, models, and types of pieces. Others hunt down pieces in a single genre: racing, pilots, or divers watches. Others still obsess over buying the very best from a single brand. But there are also a few very special models that, entirely on their own, beckon hordes of collectors. The Rolex Cosmograph Daytona—which comes in stainless steel, set with a rainbow of sapphires, in platinum, with exotic dials, and 18-carat yellow gold, and so on—is one of those watches.

As Hodinkee founder Ben Clymer recently wrote in an ode to chronograph watches in GQ, “these three [the Daytona, the Omega Speedmaster, and the Heuer Carrera] represent entire categories of collecting and scholarship unto themselves, and over the past seven decades they have rightly reached a level of appreciation that in some cases surpasses even the brands that produce them.” The Daytona is the ultimate crown jewel: it’s given as a prize to the winner of the 24 Hours at Daytona race, and Jay-Z used it as an invite for VIPs to his gala. And it smashes records: in 2015 it became the most expensive Rolex ever when Eric Clapton’s former “Oyster Albino” sold for $1.4 million, and it broke the record for most expensive watch ever in 2017 when Paul Newman’s went for $17.8 million. Below, collectors like Michael Jordan, John Mayer, and Jay show the full breadth of the beloved Daytona.

Courtesy of Hot Ones

In the second installment of John Mayer’s “Talking Watches” video with Hodinkee, he talked through 11–eleven!—Daytonas! This one, with a rainbow of 36 sapphires, may not fit exactly with the model’s traditionally sporty lineage, but damn, is it fun. “I don’t quite know who the target audience is if you’re looking at the aesthetic,” Mayer said in the video. “When these first came out everyone thought they were too much. The attitude on a Rainbow Daytona when they first came out was ‘Yuck. Who would do that? Who would go so far?’ Something happened that’s brilliant where the joy of collecting superseded the craziness of the design of these watches.” Mayer, of course, didn’t think they were too much. He brought multiple diamond- and sapphire-set Daytonas to the table and cops to wearing them frequently.

In 2013, expectations were high for what Rolex would cook up to commemorate the Dayton’s 50th anniversary. The result is this very unexpected but elegant version of the Daytona: the very first in platinum, with an ice-blue dial and chocolate-y bezel. It makes sense that Michael Jordan, who seems hellbent on scouring the earth for the strangest timepieces in existence, would make this very special oddball part of his rotation.

Hill’s gold-and-green Daytona is a microcosm of the watch world’s peculiarities. When it debuted at the watch tradeshow Baselworld in 2016, the model was relatively unloved. Unlike nearly every other Daytona model in existence, it sat in jewelry cases with its $34,650 pricetag. But when it comes to watch value, it takes only one person to shift the gravity. Following a Mayer shoutout in the Hodinkee video above, collectors suddenly started paying closer attention to the piece. The singer had such an effect on the watch that people started calling it the “John Mayer” Daytona, and collectors are now paying upwards of $50,000 for it on the secondary market.

When Jay-Z wore this watch to the 2016 NBA Finals, it was the likely the hottest piece in the entire collecting community. After the flashy and unconventional platinum version released in 2013 disappointed scores of Rolex fanatics, this version was a balm. In 2016, Rolex released another round of new Daytonas—and, finally, here was a watch in stainless steel that faithfully recreated a vintage version with a black-and-white “Panda” dial.” This Daytona frustrated collectors with its multi-year waitlist. Of course, that wasn’t a problem for Hov.

While Newman is most famous for the exotic-dial Daytona that is now named after him (and went for nearly $18 million at auction), that wasn’t the only version of the model he wore. After he gave that Daytona to his daughter’s boyfriend, he picked up this “Big Red” version—named for the slightly fatter arch of text over the center subdial. This watch has a lot in common with Newman’s original: after two years, he passed this watch down to his daughter. Like the first, it has a sweet inscription from his wife on the caseback that reads “Drive Slowly Joanne.” And this watch is also coming to auction and is expected to demand a huge amount of cash. Phillips, the auction house selling the watch, simply estimates it will go for somewhere “in excess of $1 million.”

Of course, no discussion of the Daytona would be complete without talking about the reference 6239: the most famous of all Daytona models and is the version of the watch that really put the timepiece on the map. Because of its garish design and out-there art-deco text, the legend goes, the watch was initially a poor seller upon its original release in the early ‘60s. Low sales meant that Rolex produced very few of the watches, which only makes them that much rarer today. The 6239 is exactly the type of watch that a freakishly devoted collector like Sheeran would absolutely have to have. He even wears his on a leather bund strap, exactly the way Paul Newman did. 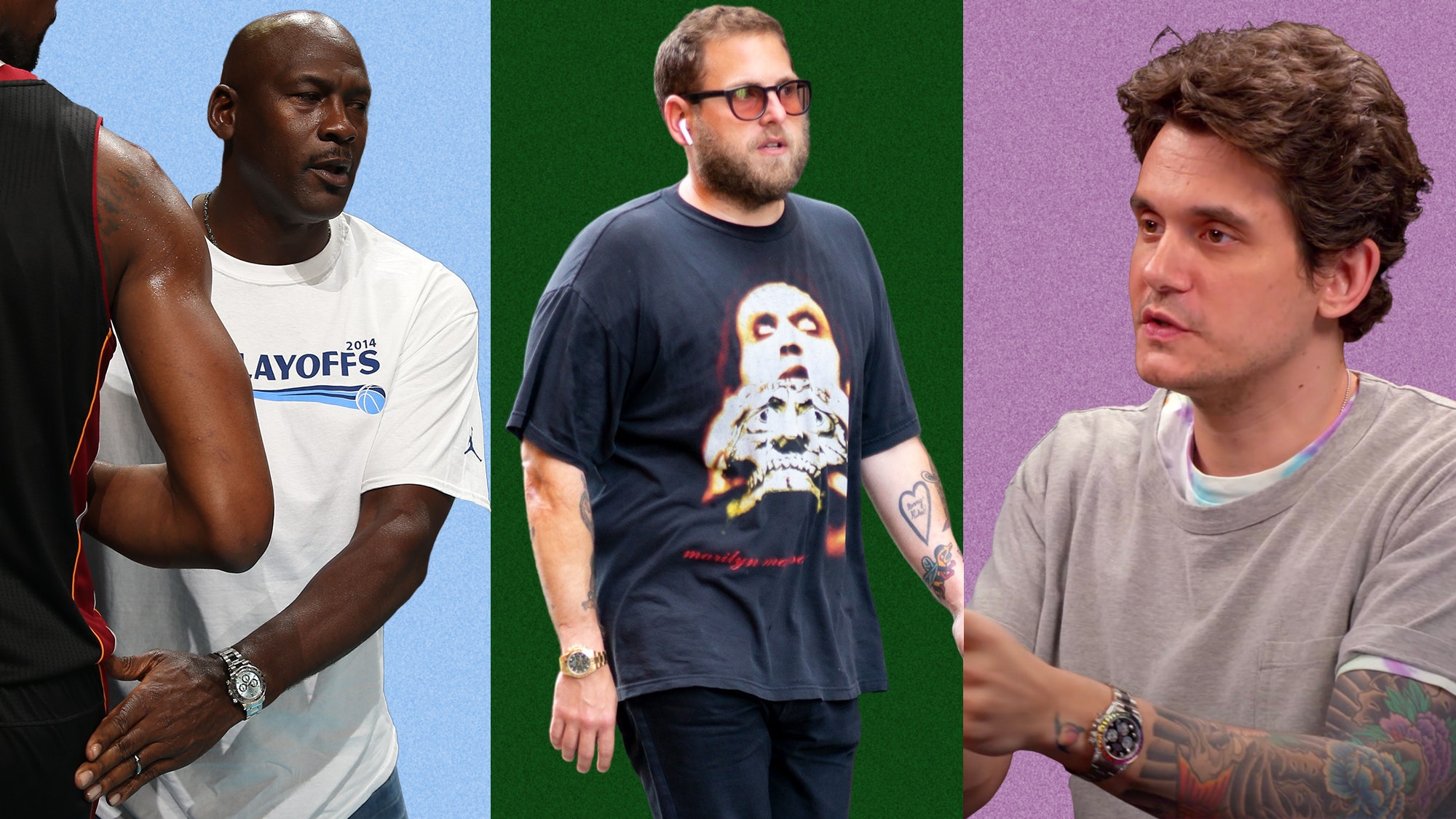