Boy oh BOY, did we ever spoil all of you yesterday with our November cover story. A lush 8,000(!)-word profile of one Timothée Hal Chalamet—riddled with intimate quotes from Greta Gerwig about her “friend Timmy,” stories about Joel Coen telling stories about Bob Dylan, and deep insights into that Capri yacht kiss—published alongside a series of increasingly searing, sumptuous images of our héro damp-haired and designer-clad deep in the wilderness of upstate New York. Hidden among those photos was a minute detail that many of you were quick to notice, obsess over, and correctly FREAK OUT about on the Internet for the remainder of the day. Namely, this fashion credit printed just below the first image:

His own hoodie, by Juicy Couture

That’s right: Timothée Chalamet purchased a pastel pink velour hoodie from Juicy Couture of his own accord, and then pulled it off in the pages of GQ—with Hermès cords and a Cartier ring, no less—at the first available opportunity. And damn, did he ever make it look good. So good that E! probably just green-lit a new season of The Simple Life. So good that a whole new subset of Tumblr likely exists now in its honor. So good, in fact, that you may now be thinking, Is that a move I should try to copy? To which we say: Absolutely! As long as you, too, are a supremely lithe and beautiful 24-year-old Oscar nominee with the verdant mane of a Botticelli angel and the bone structure of a Frank Gehry concert hall.

If you happen to fit that bill, well, congratulations. And secondly, good luck trying to actually get your hands on a Juicy Couture hoodie at this point. Since the label’s mid-aughts boom among the tabloid crowd—the uniform du jour for the Hilary Duffs and Lindsay Lohans of the world—it’s fallen on hard times. The brand shuttered all of its U.S. stores in 2015, and as of today, its website consists of a bare bones mailing list sign-up offering an extremely vague first-chance to “shop all new Juicy,” with no clues as to when that might actually happen. At this point, if you’re really committed to swagger-jacking our guy Timothée, your best bet is to check eBay, where a handful of Juicy velour zip-ups are available in the $15 to $20 range. Or, if you hurry, there’s currently one brand-new XL hoodie still available on Amazon right now for $55, complete with an oh-so-2005 metallic gold graphic print on the rear.

Will copping one of these plush, dainty sweatshirts get you any closer to exuding Timmy’s effervescent and ephemeral aura? Not even a little! If you ask us, your time and funds would be much better spent on a subscription to GQ, so you can read that cover story of ours over again (in print!) for the 19th time instead. 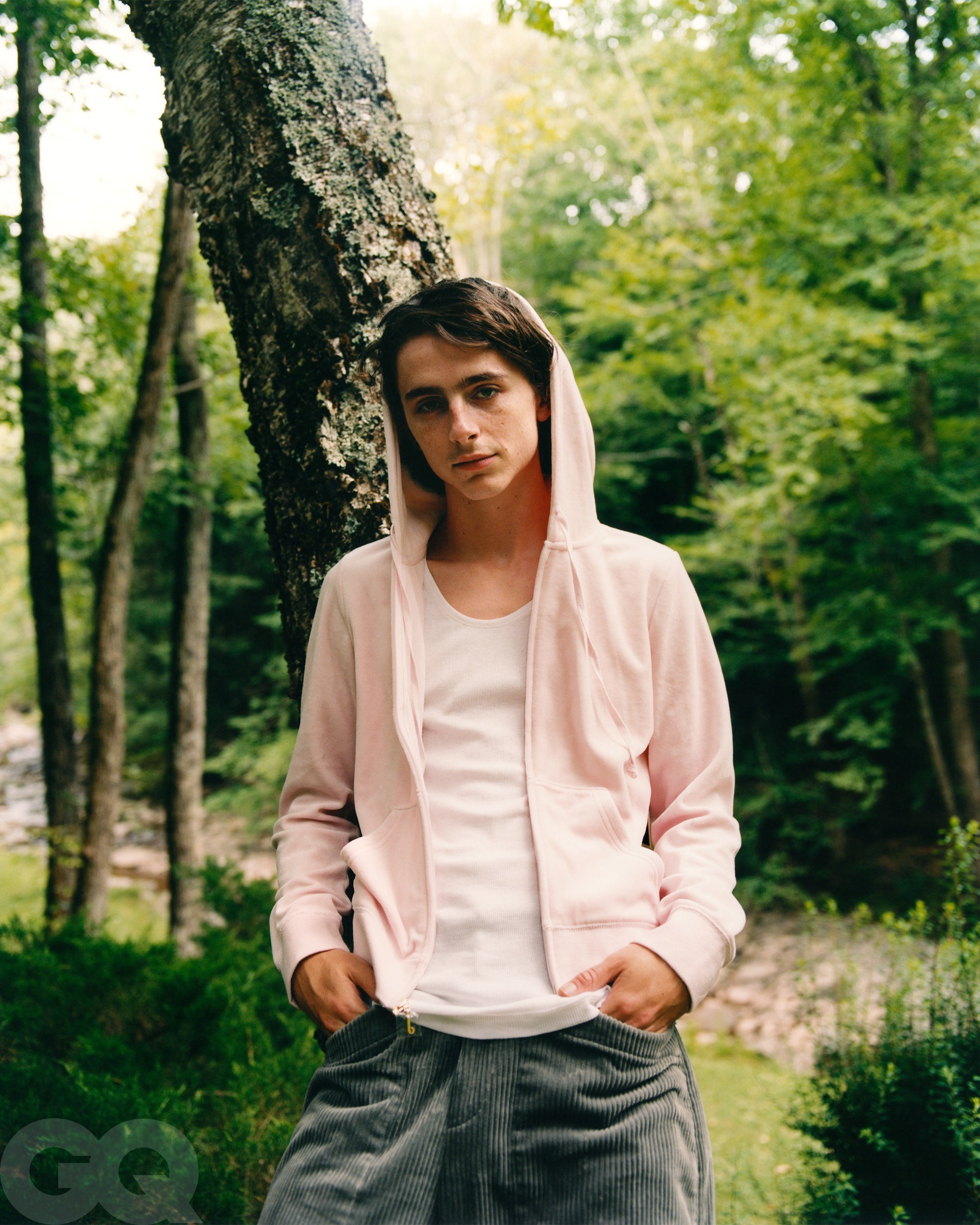