In the midst of a pandemic, writer Dan Riley caught up with actor Timothée Chalamet in Woodstock, New York, for GQ’s November cover profile. Officially, Chalamet was there preparing for an upcoming role as a young Bob Dylan, who famously went upstate to convalesce after a motorcycle accident. Unofficially, Chalamet was taking the opportunity to escape NYC, to step away from the insanity for a moment, and to reflect.

Since 2018’s Call Me by Your Name launched the young actor’s career into orbit (and earned him his first GQ cover), Chalamet’s life has been a whirlwind of big roles and incredible performances. Behind him, Beautiful Boy, The King, Little Women; behind him, but ahead for us: the delayed mega-blockbuster Dune and Wes Anderson’s The French Dispatch. In Woodstock, Riley found a man reckoning with fame and searching for self-preservation as millions of eyeballs pay attention to his every move.

In the profile, he shares what he’s absorbed so far: insights on Bob Dylan from director Joel Coen (of the Coen Brothers); lessons learned from that infamous make-out paparazzi photo with Lily-Rose Depp; how he turns off the noise.

Read the story below, with videography and photography by Renell Medrano and styling by Mobolaji Dawodu. 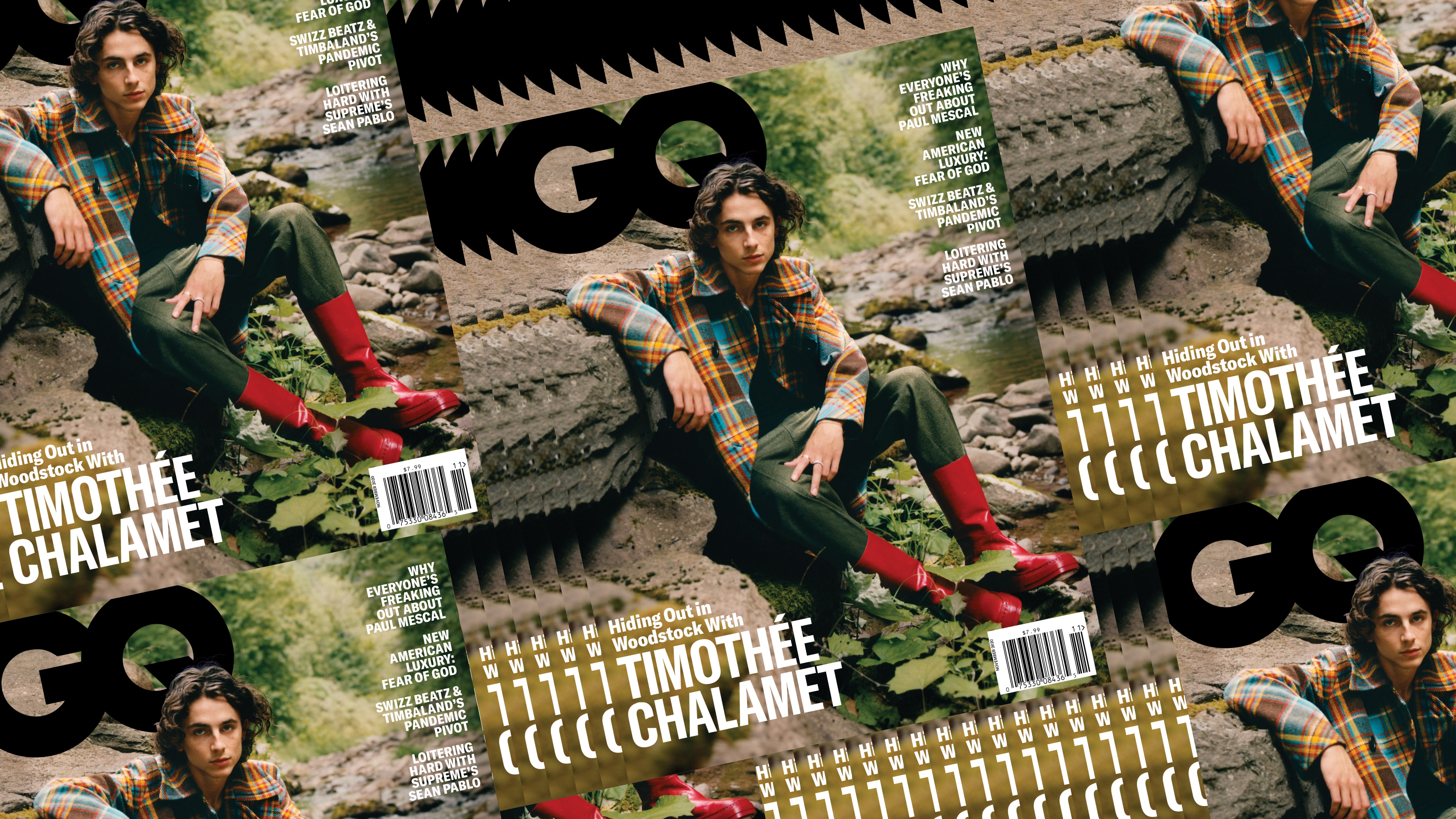