Once upon a time, in the kingdom of Paris fashion, there was a handsome designer from Mali who made dream dresses from scraps. They called him “The Prince of Pieces.” The prince rose each morning at 5, digging through marketplaces for old fabrics, and sewed them together with a trademark red stitch that looked like a spine, or perhaps a fault line elevating the trash into treasure, or, as the prince himself often said, a scar. Peers like Martin Margiela and John Galliano, who were busy storming European fashion around the same time, also used simple, or old, materials to make new things, but the prince’s work had a sense of biography all its own. Clothes or looks from all over the world would land in his native Mali and transform into something else, as someone chopped the sleeves off a sweater for summer or remade French designs from magazines in African fabrics. As he brought that approach into the glossy world of luxury fashion, the prince’s star rose throughout the 1990s: he sparred with Karl Lagerfeld on French television about the definition of couture; he created a collection with Puma (the first designer to do a high fashion-sportswear collaboration); he dressed celebrities like Janet Jackson; and his work was on the cover of magazines.

“He was the heir to Willi Smith and Patrick Kelly,” says Dana Thomas, who covered fashion for the Washington Post in the ’90s (and occasionally writes for GQ), referring to two Black designers who held the world of fashion in the palms of their hand throughout the 1980s. Both Smith and Kelly died of AIDS, taking two of the industry’s most revered Black designers far before their time. Kouyaté came to Paris in the early ’90s, staging guerilla shows with sensual models in clingy fabrics, a rebuke to the obvious, booming couture of the ’80s. He often used pantyhose to make dresses and tops. “XULY.Bët had a lot of oomph, and a lot of pizzazz, and it was sexy,” Thomas says.

And then one day, it seemed, XULY.Bët disappeared.

Royalists and anti-monarchists alike may believe they know the name of every designer who wore the fashion crown in the ’90s—from Jean-Paul Gaultier to Miuccia Prada and Helmut Lang to Baby Phat and Rocawear. And yet this prince’s reign is somehow obscured. Kouyaté is one of the few African designers to recharge the stodgy (and, especially then, racist) world of Paris fashion, a conscious fashion pioneer, and the kind of small designer whose ingenuity keeps conglomerates on their toes. It seemed unbelievable, and a failure of contemporary fashion history and even the archival canon created by Instagram accounts and secondhand stores, that his work had gone missing.

It’s lucky for us, then, that the prince has returned.

It’s not a comeback per se, says Kouyaté, cool and stylish in a herringbone zip-up and a white shirt, with jeans rolled up to show off funky Nike hightops, on a Zoom call from his Paris atelier. “The comeback for me is a reconciliation with Paris,” he says. And then clarifies: “This wasn’t really a comeback. I never stopped working, but it was kind of underground.” He showed on and off in New York over the past few years, “but we figured out that Paris is our base. It’s very conservative, so we have to come and struggle here. You have to be a part of it, because we have a vision that could really matter now.”

Now 57, Kouyaté has installed Rodrigo Martinez, a handsome, mustachioed 28-year-old, at his side as CEO. “You represent a lot for Paris counterculture,” Martinez says to Kouyaté. And then, to me: “He’s an idol of what’s been going on in Paris, but kind of underground this past ten years. Before that, you were the star of the Paris runways. We thought it was important to get the name back here.” Paris remains the global capital of fashion, but most of its output is designed to be exported and understood elsewhere. Rare now is the designer who speaks specifically to the youth of Paris, with its own endemic desires and anxieties. Kouyaté and Martinez have made it their mission to make clothes for them, attending the the pulse of Paris that exists in contrast to the dopey beret-and-baguette tropes espoused in media like Emily In Paris. XULY.Bët’s audience is multicultural, sexy, and self-possessed. 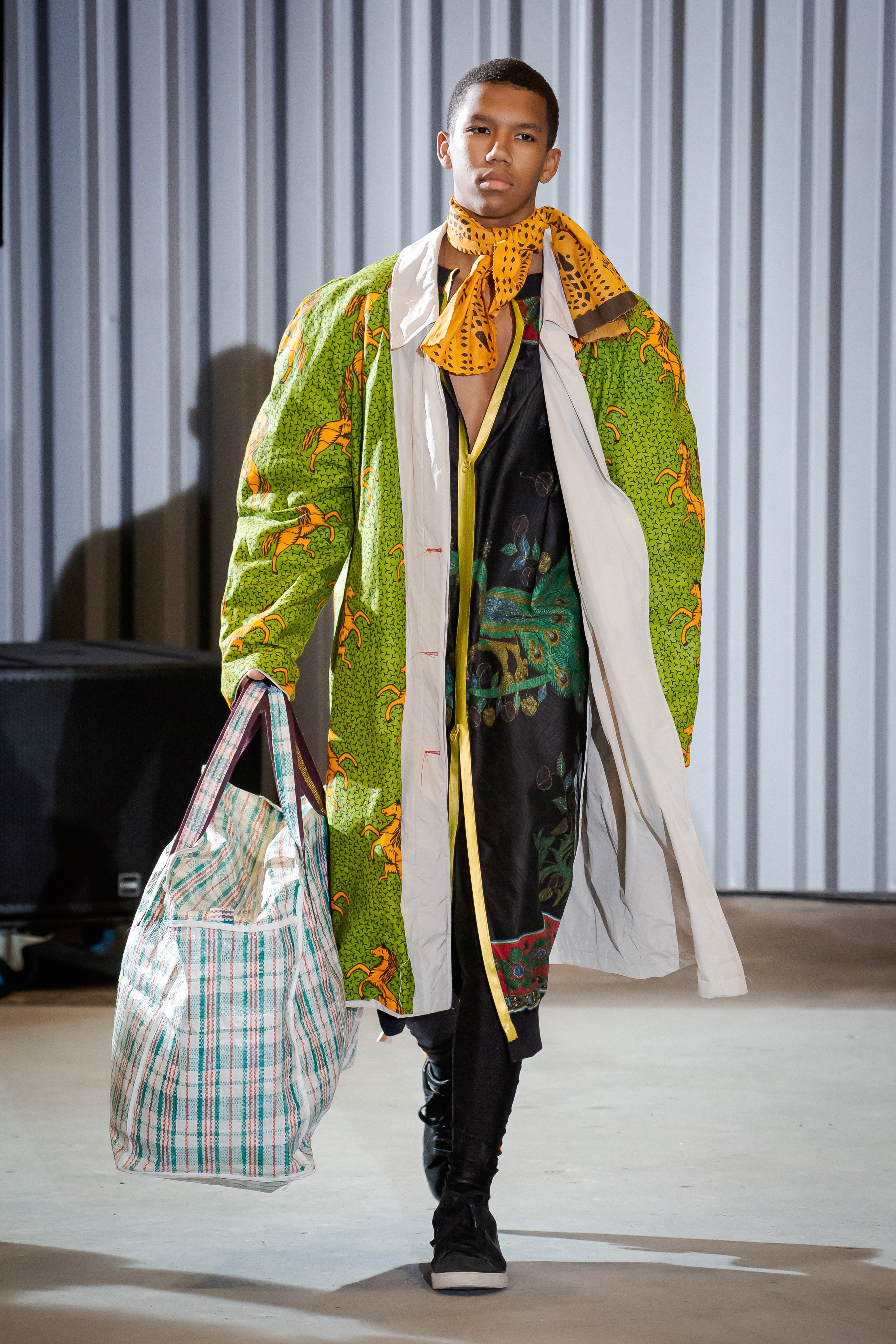