After 10 years of searching, Dries Van Noten finally found a suitable location for his first-ever standalone store in the U.S. What a dream! But patience has a funny way of paying off sometimes: The store only became available in the middle of a pandemic. More than that: He could only sign the lease because of the pandemic. As a result, Van Noten’s new Los Angeles store is thoroughly molded by the effects COVID has had on the world, from the raw space housing it to the people manning it. And it can not only tell us how to open a store during a pandemic, but also answer a question: In an era when people were already shopping online more than ever, what is the purpose of a store at all anymore?

After starting negotiations for the property—formerly the Los Angeles branch of Opening Ceremony—in March, Van Noten’s team started building the store out in the middle of July for an opening last Friday, in early October. After three months and many Zoom and FaceTime calls, the store is complete, despite the fact that the designer has never actually seen or visited the reconfigured space in person. This is what happens when a store opening runs into a pandemic.

Over a Zoom call from Antwerp, Van Noten, wearing a pair of glasses and a scarf tied neatly around his neck, laments the day work on the store was nearly completed, ready to welcome everyone but him. “I have to say, ‘Okay, people, enjoy L.A. I go now to bed—to be honest, I took a sleeping pill,’ ” he says, laughing a little.

For Van Noten, opening a store in the middle of a pandemic is tinged with sadness. “It’s quite strange and quite unhappy,” he says, “because it’s really a very absurd situation that you put a whole store together, you design it, you choose the furniture, I designed the clothes”—and he has to watch it come together from Antwerp, he says with his head in his hands. Since March, Van Noten has coordinated the opening through Zoom. Employees took him around to local nurseries—the designer famously tends to his personal, flourishing garden that frequently inspires his design, so he had to see the flora at least over video. “You have to direct people: ‘Can you turn around 90 degrees? Can you do this? Can you guys see that side? How does it look from in the hall when you look from that side?’ ” he says. 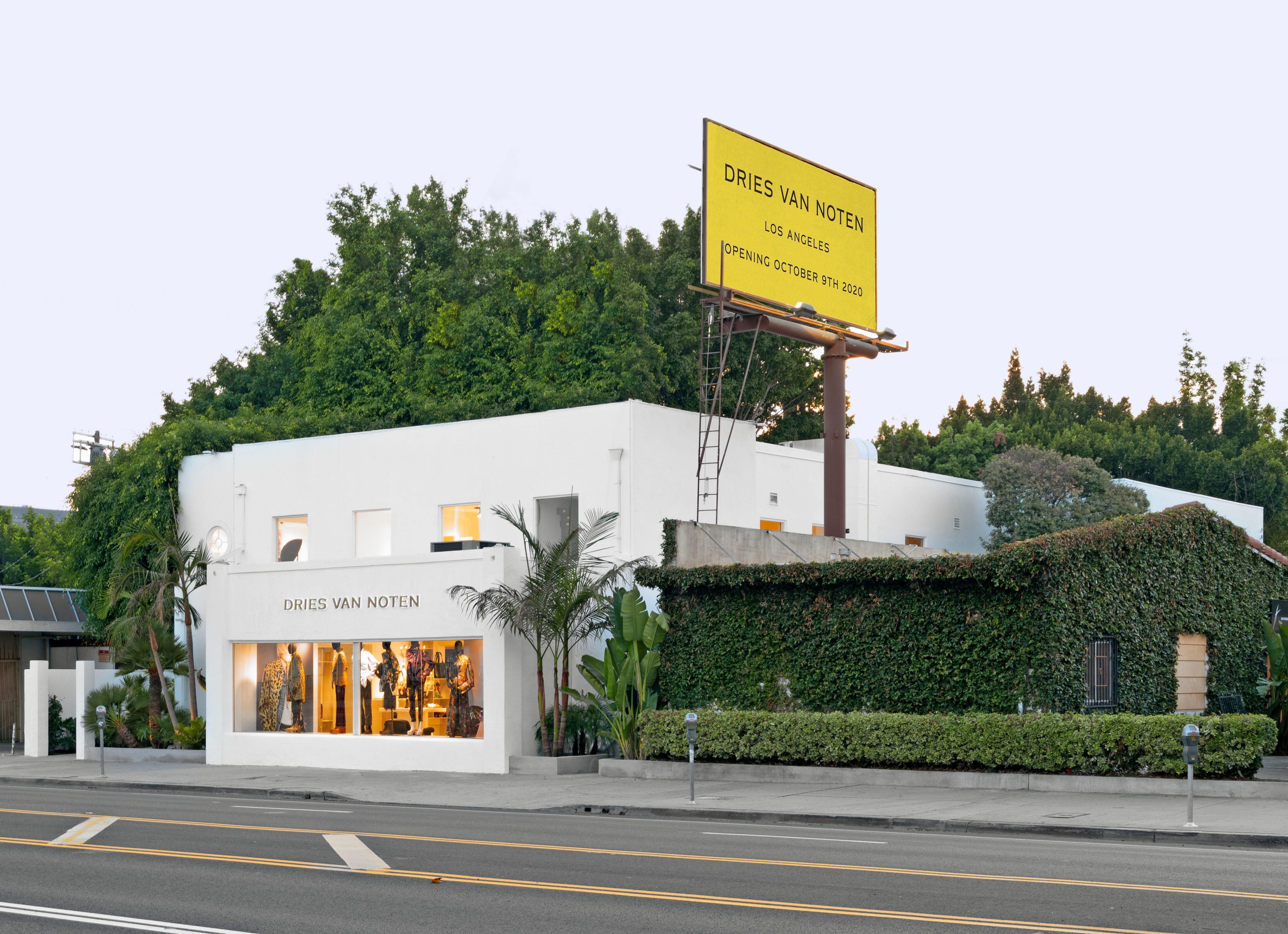