Even in a universe where Travis Scott is playing nice with McDonald’s and Cole Haan is teaming up with a messaging app, one string of collabs is surprising. The list of partners includes streetwear brand Pleasures, megastar Bad Bunny, and even Justin Bieber. The only thing more shocking is the name on the other end of the collab: Crocs. The brand made plenty of new friends this year—a year when just so happened that no one needed to wear real shoes anymore. All that work is paying off in significant ways: Justin Bieber’s Instagram teasing a partnership spiked Crocs’s stock price to almost unseen heights. We now have an answer to a question GQ’s been posing since the summer of 2017: are Crocs cool? You bet your injected-foam clogs they are.

The current rise hits all the beats of a good romantic comedy. Crocs were the down-on-their-luck, schlumpy protagonist that not even Will Smith’s Hitch could save: the punchline to every bad joke about the way a guy dresses, the only thing worse than a pair of cargo shorts, and a universal signal for giving up—on style, on life, on appearances. But then there was the meet-cutes, the Never Been Kissed moment that allowed everyone to see the Croc in a new light. In 2017, Balenciaga collaborated with Crocs on a bubblegum pink version of the shoe with a sky-scraping sole. They weren’t high fashion’s first affair with Crocs (Christopher Kane worked with the brand in 2016), but they were the first to truly capitalize on the partnership. Balenciaga’s take on the Crocs was purposefully outrageous and funny—a smash hit in fashion’s irony-addled period of the late ‘10s when the coolest clothes were “ugly” clothes. And then there was the moment when a lingering gaze turns into full-blown love: in 2018, a pair of Crocs made in collaboration with rapper Post Malone sold out instantaneously.

Even at the time that left like an anomaly—the strange apex of fashion’s romance with the original ugly shoe and its spirit animal. But the Post Malone collaboration was less aberration than it was the very beginning of a new age of Crocs.

Since Post Malone and Crocs put all their Jibbitz on the table, the quality and frequency of the brand’s collaborations have only gone up. A who’s-who of fashion obsessions from Takashi Murakami to the Grateful Dead all took a stab at redesigning the foam clog to their liking. This year, the shoes started to reach the true marker of success in the footwear market: customers were willing to pay much more for the shoes than their retail price suggested. Suddenly, Crocs were moving on resale sites like Goat and StockX as if they were the latest hyped-up Nikes.

“Croc sales on StockX have increased dramatically over the past three months, outpacing the overall sneaker market by more than 8x,” Jesse Einhorn, StockX’s senior economist said via email. “Average resale prices for Crocs on StockX have increased by nearly 80% since January. In January, the average pair of Crocs on StockX was reselling for $97. Today, they’re reselling for $175, or nearly 3x their average retail price.” 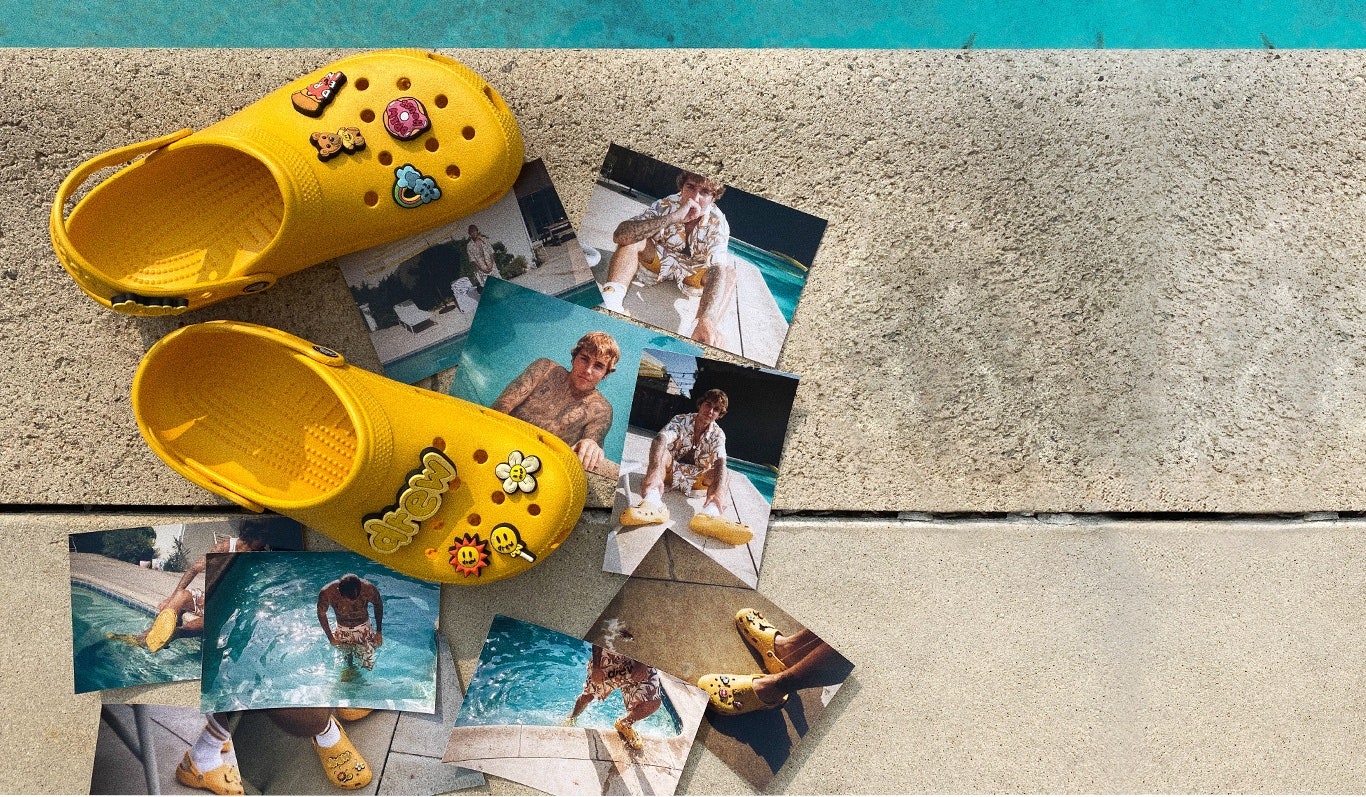