If this whole president thing doesn’t work out for Joe Biden, he should really consider running his local horology club. Sure, it’s not the Oval, but while campaigning for the highest office Biden’s also proven himself out to be a pretty adroit watch collector. Even as someone who’s done well for himself, Biden has carved out a collecting path us normal folk can follow. For starters, he collects timepieces that speak to his interests and occupation. Like many White House occupants before him, he wears a Vulcain Cricket. He chooses his investment shots wisely: the priciest watches he’s known to wear are from Omega. Lately, he’s been wearing his Omega Seamaster—at $5,200, it costs a good chunk of change but is still relatively cheap in the world of luxury watches. Biden also has a knack for finding unusual and highly affordable pieces. Last week, while speaking to voters on a train, he put a Seiko 7T32-6M90 Chronograph on full display. The watch is nearly blingy with a gold bezel and matching links in its scaly bracelet, is pretty complicated with a chronograph and alarm function, and features a pusher at each corner. It can be had for less than $100.

Biden’s Seiko is proof that going deep enough down the watch rabbit hole can yield fantastic results. This is a pretty obscure watch even for the biggest collectors and experts. (I reached out to several of them while trying to identify this watch and almost all were stumped; eventually Jeff Stein at OnTheDash was able to find it.) That obscurity is what makes it so much fun. Our new watch columnist Ben Clymer advocates going off the beaten path when collecting. And even if you only have $100 to spend on a watch, you can buy a Seiko with a gold bezel and crazy four-pusher design—you just have to care enough to look. The piece is more than a novelty—it’s well-made, too. Biden’s piece was made sometime in the late ‘90s or early 2000s and he’s still wearing it decades on.

Basketball’s coolest couple celebrated a Seattle Storm sweep this week. On the sideline, and then the confetti-speckled court, Rapinoe wore one hell of a fit: big pinstriped trousers, slinky black jacket, Supreme hat, and a mega-cool Rolex. The Rolex Explorer line might not have the same recognition as some of the brand’s icons—the Submariner, GMT, or Daytona—but it is one of the most stylish in the Crown’s catalog. That orange 24-hour hand on the Explorer II is what happens when the watchmakers at Rolex have a couple more sips of kirsch than usual.

The Audemars Piguet Royal Oak is a watch that people love to customize. Whether fellow rappers are icing it out or designers are transforming it, for many the watch is a blank palette. But even among this sea of customs, few hold a candle to the one Megan Thee Stallion wore on Saturday Night Live. Meg turned her Royal Oak out almost beyond recognition: in place of the typical hour indices there are Arabic numerals and in place of basically everything else there are diamonds. A lot of diamonds. Aftermarket customization is often frowned upon in the watch community, but it’s hard to argue with these results.

This has to be the most fashionable week for cycling ever on record. During the Giro d’Italia’s pre-race event, the EF Education First Pro Cycling wore a uniform designed by Rapha and Palace, with new gear including a helmet that looks like a cartoon duck head. On Friday morning, the collection of clothing sold out completely and immediately. And during the Brabantse Pijl road race on Wednesday, Julian Alaphilippe, one of the best cyclists in the world, wore a RM 67-02 that cost some $150,000. Wearing a watch is pretty unusual for a cyclist: it can add weight, which is the one thing cyclists try like mad to avoid. But Richard Mille watches have a way of turning up in places where timepieces typically aren’t seen, whether that’s the court with Rafeal Nadal or the football field with Odell Beckham Jr. This RM 67-02 with a blue case was born for sport, though. It was designed for Sébastien Ogier, six-time World Rally champion.

Seeing baseball managers wear the same uniform as their players, as if they’re prepared to pinch-hit at any moment, is an unusual sight. In every other major sport, managers stalk the sidelines in suits, polos, and team-issued hoodies. Los Angeles Dodgers’s manager Dave Roberts wears his team uniform but doesn’t adhere strictly to game-ready attire. For those of us watching the MLB playoffs from home, Roberts’ big-as-a-baseball Panerai Luminor has been easy to spot. The piece is purposefully huge: it was made for the Royal Italian Navy and designed to be totally legible while diving underwater. It serves a different purpose for Roberts, who can use those huge hour markers to easily flash the score of the latest Dodgers beatdown: they eliminated the Padres on Thursday by a watch-friendly score of 12 to 3. 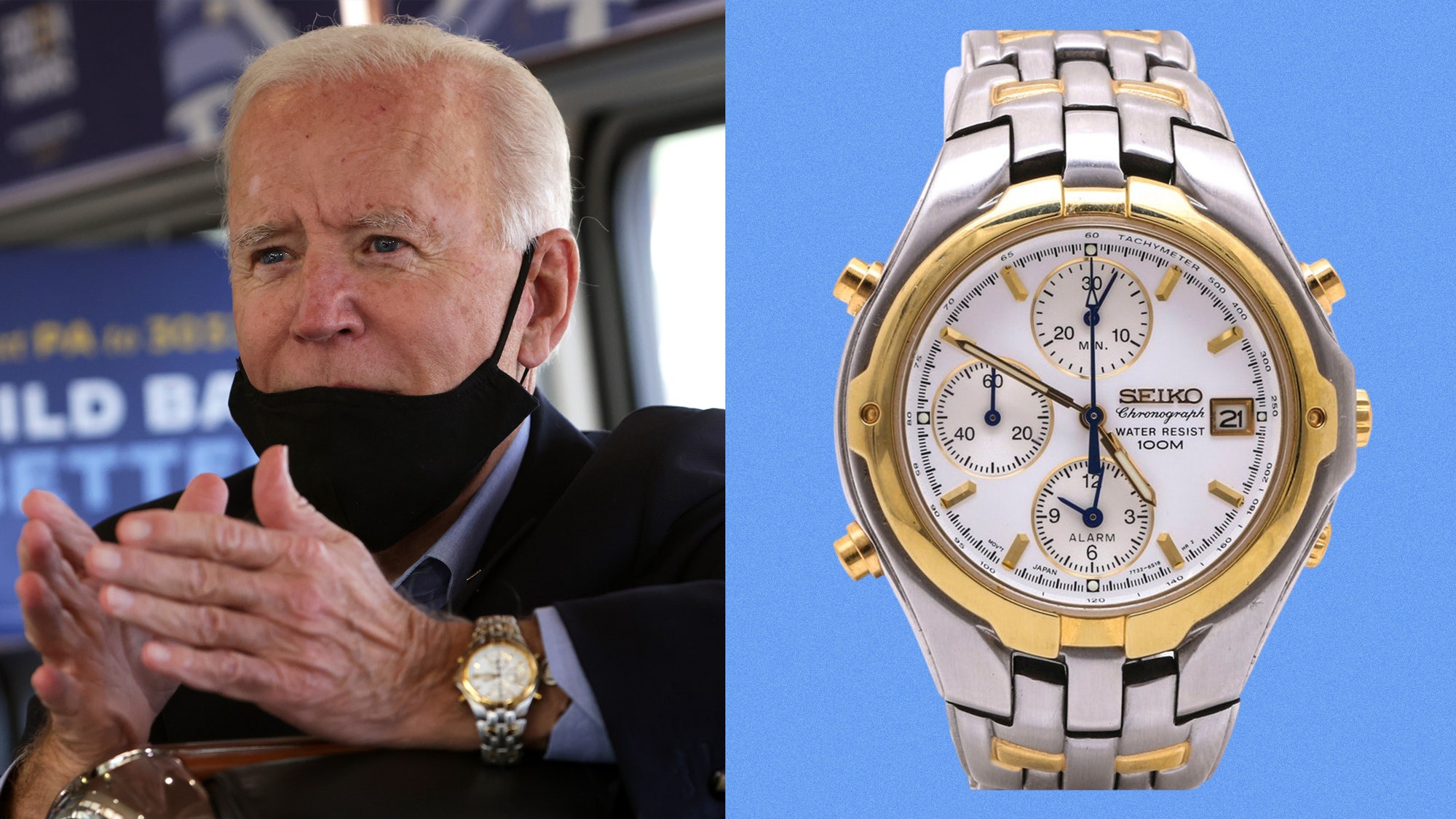