From Sweet, Coffey also learned to play basketball, which ultimately won him a scholarship to Virginia Union, an HBCU in Richmond, Virginia, where he earned a bachelor’s degree in drama in speech. Nearly 30 years later, he still possesses that indefinable quality known as presence. He stands tall. When he speaks, people listen. Sweet taught Coffey how to fight, too, but to never throw the first punch. “But if they put their hands on you,” he said of his grandfather’s teachings, then you make sure that “the next time they want to hurt somebody, they’ll think twice about it.”

Looking back, Coffey sees a direct connection between that lesson and the current protest movement. “He took the right steps, they all took the right steps,” he said of leaders like Dr. King and John Lewis, comparing the first civil rights movement to the current one. But for Coffey, the time for turning the other cheek has run out. “We still nice. It’s just that, today, it’s not about turning a cheek anymore. It’s, ‘What’d you say? Ok, we gonna correct that right now, we gonna have a conversation.’”

We continued out of Red Hook, through Brooklyn Heights, and back towards Fort Greene. We talked about his plans for future protest runs in Harlem and the South Bronx, and his determination to involve more members of the Black community. He told me about that first march for racial justice, in 1917, and how all the participants wore white—hence the white t-shirts at his own protest runs. Finally we continued on to Fort Greene Park, where we’d started our run, and where the run for Breonna would terminate two weeks later. Coffey said he chose the location to give people space to gather, to hear more from the women co-leading the run, and to have their calls for justice heard by people walking their dogs, or playing with their kids, or having brunch at the surrounding sidewalk cafes.

It was nearing midnight, and I had to get home. We’d stopped to talk so many times, our eight-mile run took three hours. But I barely noticed. As Coffey turned toward his apartment, I thought of something he said at the meeting to plan the run for Breonna. Someone had asked how many runners he expected, and Coffey was quick to answer. “Honestly, one person is enough,” he said. “What matters most is that they are willing to engage.”

Two weeks later, Power Malu echoed the sentiment outside City Hall. He looked around at the hundreds who’d gathered, all wearing white, but focused his attention squarely on me. “It’s not about how many show up; it’s the core, the passion people have, that they can then take back into their communities,” he said. “It’s a vibe, it’s an energy, it’s a vibration.” And with that, we started to run.

Half a century after his defiant gesture alongside John Carlos at the 1968 Mexico City games, he’s telling the rest of his story—and doubling down on the need for the activist-athlete. 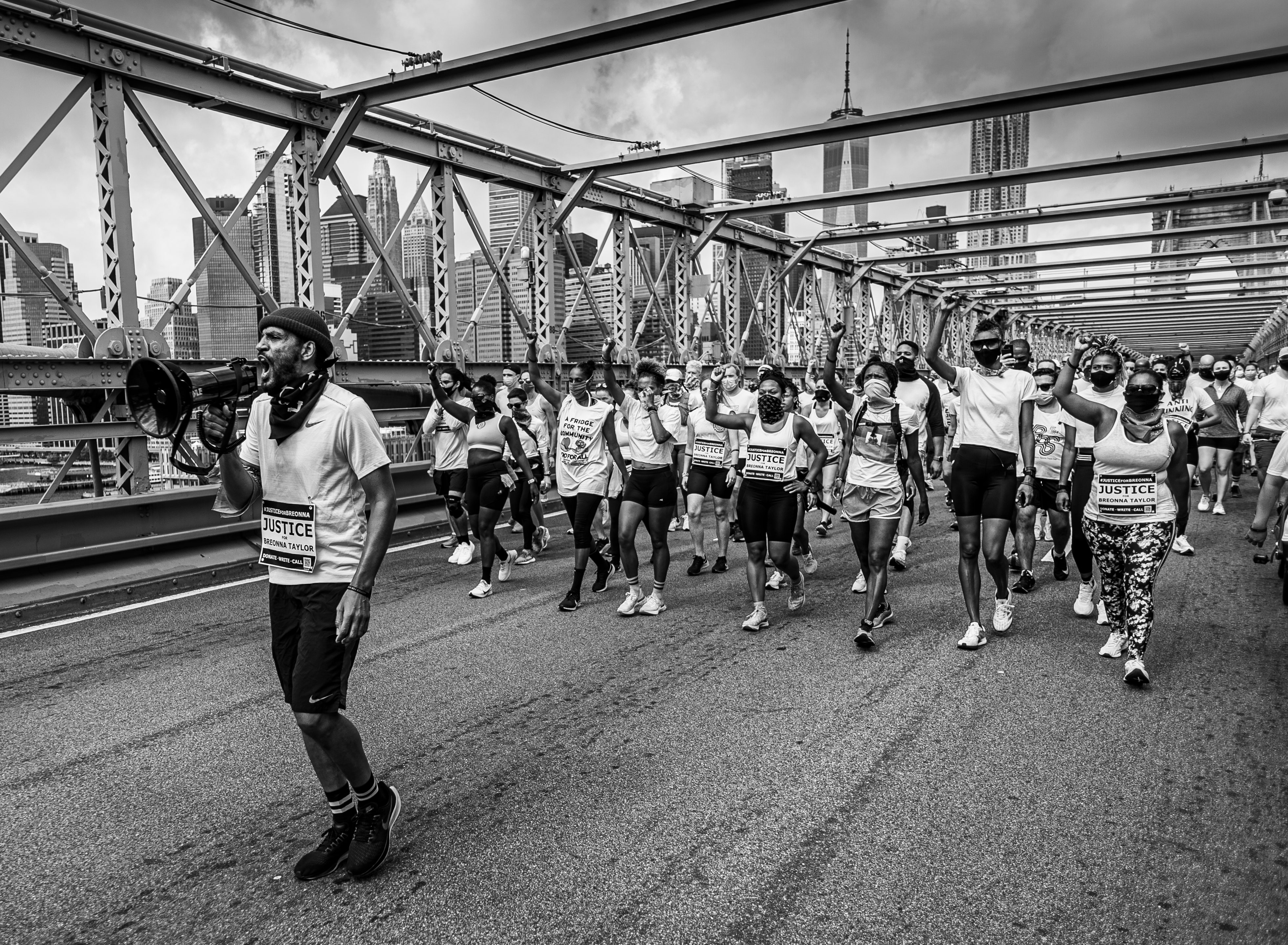