We may not know for months how the Givenchy of Matthew Williams, friend to Playboi Carti and Kanye West, will be entered into lyrical legend. But we now know, at least, what the clothes look like. Last weekend, he revealed his first collection for the French fashion house, which he was appointed to lead this past summer, in a 54-look lookbook. There are layered chain belts, stamped crocodile leather pants, and big-soft and small-sharp bags alike. There is some icy gender fluid tailoring, and goodies like a big pointy-shoulder cape top, anoraks paired with leather Speedos, and a squishy slide sandal called The Marshmallow.

“I wanted this first collection to just really be about the casting, the product,” Williams said in a video interview about the collection. It’s also perhaps our first image of Millennial Savoir Faire—in other words, the first time we’re seeing a big Paris heritage house run by someone from the generation that grew up learning about fashion on Tumblr rather than by watching Breakfast at Tiffany’s.

Here’s what I mean. When a new designer lands at a house like Givenchy—a couture crown jewel in French fashion, up there with Chanel and Dior—people talk about how that designer is essentially tasked with integrating the codes of the house’s namesake with their own aesthetic. There’s always a lot of puffery about what the designer discovered looking through the archives. Williams has already firmly established a signature look with Alyx—the sleek, minimalist, leather-heavy, made-in-Italia-bebe brand he founded in 2015—and that vision was evident here, layered politely on top of Hubert de Givenchy signatures like keyhole backs and pretty, French country house embroideries.

Far more evident to my eye, though, were the signatures of other Givenchy designers: the aggressive tailoring and a ramhorn shoe heel spoke to Alexander McQueen, while other pieces nodded to John Galliano’s romanticism and Tisci’s dense streetwear vibe. Williams, who is 34, is far more likely to have grown up idolizing the likes of McQueen, Galliano, and Tisci than the original Givenchy. (Especially Tisci, who was a frequent collaborator of West’s.) Looking to the archives of your predecessors was previously considered in bad taste in European fashion, but Williams’s generation—increasingly installed in the seats of power across the industry—thinks cyclically. The images of McQueen’s Golden Fleece couture collection from 1997 are just more available to us than the quiet, tasteful showmanship of Hubert de Givenchy—and they resonate more. (I bet most of you reading this can tick off a bunch of Tisci and McQueen pieces or signatures, but would struggle to picture something from the old school beyond an Audrey Hepburn black dress.)

Givenchy, perhaps, was due for just this kind of shakeup—it doesn’t really have a signature look. In the ’90s and 2000s, Givenchy was kind of a clearinghouse for bad boys, for danger and smutty bourgeois tailoring, which is maybe more of a legacy at this point than Audrey Hepburn. Maybe it’s now primed to be the first brand that new designers can work with in a way that responds creatively to the archival fashion movement driving more and more the way people shop and collect. As millennials and Gen Z have turned fashion’s ’90s and 2000s castoffs into collectibles, fashion houses have lost out as they produce new stuff. Shouldn’t they be in tune with the way their brand is moving through the culture?

In that regard, Williams is putting a nice original stamp on things, bringing in his own prince of darkness vibe. For the lookbook, he worked with the photographer Heji Shin, who took those intensely provocative portraits of Kanye West that were displayed in the 2019 Whitney Biennial; her most famous series of images are of babies crowning during birth. Her photography—uncomfortable and even a little sickening—made for a particularly strong lookbook, pairing nicely with the fancy-parents-out-to-lunch styling of Lotta Volkova, best known for her work with Demna Gvasalia. Volkova seems to be going through a bit of a wacky-Parisian-bourgeois phase herself. Luxury is a dangerous proposition now! And this collection looked it. 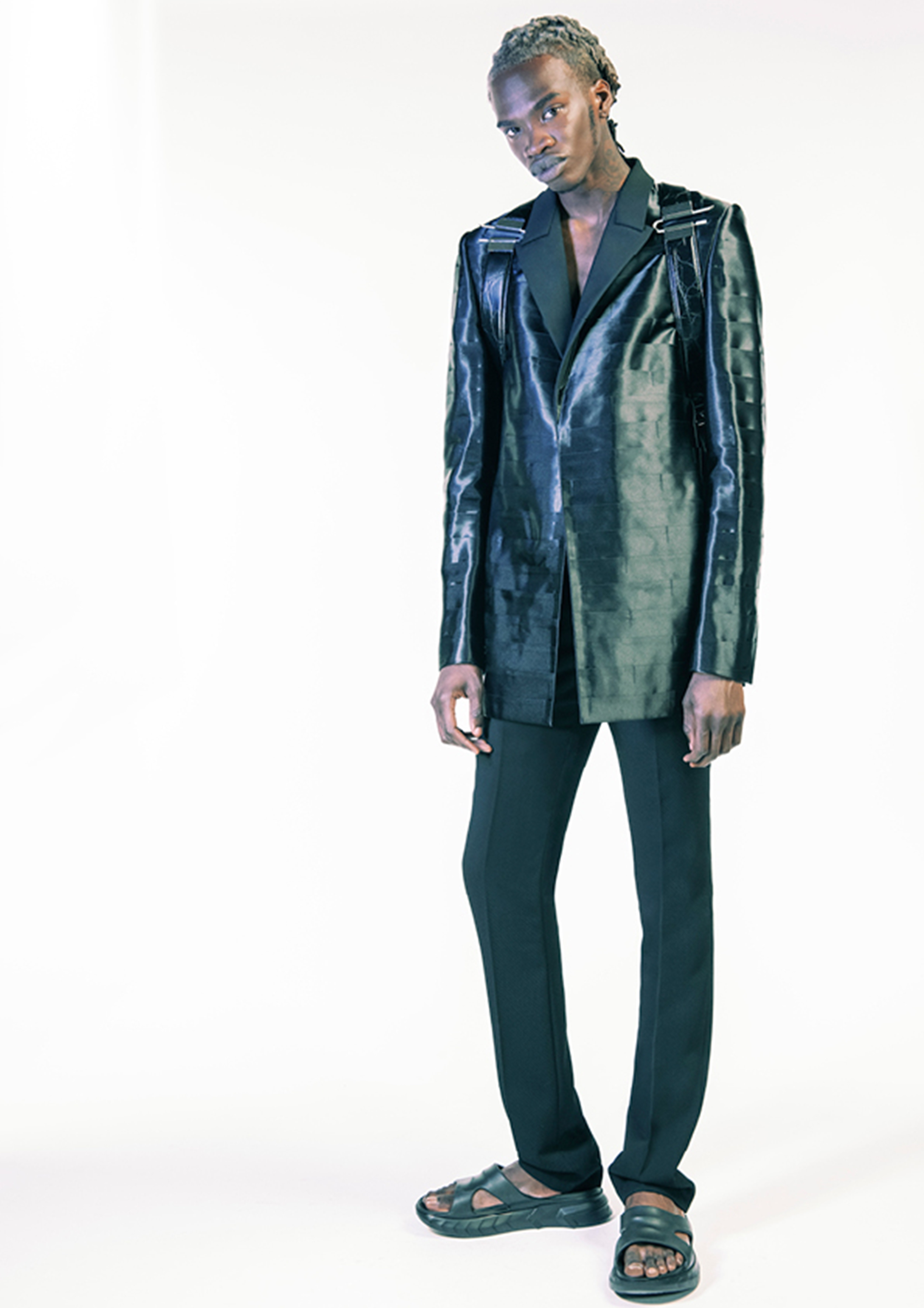