There was no way Wednesday’s vice presidential debate could outshine the top-flight disorder and sloppiness of the marquee match. Donald Trump and Joe Biden limped through 12 histrionic rounds replete with sound and fury signifying something, but their respective sidekicks, Vice President Mike Pence and Senator Kamala Harris, are made of different raw materials. They are more polished, which seemingly meant a more or less standard debate in which the participants actually responded politely to each other on multiple occasions, fudged numbers, and delivered focus group–tested bromides. Nevertheless, there were a few flash points and surreal moments to focus on.

Like a NBA coach making playoff adjustments, Senator Kamala Harris clearly walked into this debate with a game plan inspired by the Trump-Biden farrago. Simply put, the strategy was to goad Mike Pence to interrupt her so she could effectively call him out on his bland—compared to the brutish chaos of his boss, at least—interjections. It was a bit calculated and telegraphed, but likely effective with a sizable swath of the electorate. Harris dared Pence to mansplain literally anything so that she could unleash her viral counterpunch and lay him out. She accomplished this with a series of quotable variations on “Shut up, Mike Pence,” most notably the deadly gentle and somewhat cloying “Mr. Vice President, I’m speaking.” She shook her head dramatically in disbelief as Pence dodged questions. She smirked through the psychic pain of his false sincerity and outright laughed to herself, as if this goblin’s platitudes were beneath even acknowledging.

Unfortunately for anyone who is a fan of Mike Pence evisceration fanfic, he’s just too disciplined for this sort of trap. Of course he interrupted her! Of course he unleashed an empty-calorie smorgasbord of words that ultimately meant nothing! And while there are countless gifs of Kamala Harris looking bold and powerful and full of virtuous contempt for the vice president on Twitter, she never truly landed a knock-out punch. Trump would have gladly given her many openings, but Pence actually can control himself.

Mike Pence is a different beast entirely than Donald Trump—he’s more insidious. Pence has an extensive résumé of hostility toward just about everyone—the LGBT community, women, people of color, the working class, refugees—and yet he doesn’t act like a deranged maniac. His art of performative respectfulness has allowed him to fly under the radar for most of the worst of President Caligula’s unhinged term. “Senator Harris, it’s a privilege to be on the stage with you,” Pence intoned, as if this pretend politeness were a balm for the spectacle of last week.

It was not the only time he complimented her. With the exception of a reference to Biden’s plagiarism of Neil Kinnock in 1987, which nobody alive today actually cares about, Pence presented as a fairly benign presence approximating empathy, compassion, and decency (to varying degrees of success). He glibly defended the administration’s coronavirus response like a soft-spoken grandfather handing you a Werther’s Original, while arguing nonsensically that if swine flu had been COVID-19, the Obama-Biden administration’s pandemic response would have been much worse. Pence’s faux-dignified timbre calls to those for whom tone is nine-tenths of the law, a group that last night included one of America’s greatest rappers, Scarface, who tweeted (and later deleted): “Pence is a statesman I like this guy.”

Let Me Ignore the Question

Another carryover from the first debate was ineffective moderation: Susan Page asked good questions, but allowed both candidates to mostly ignore them. It’s customary in presidential debates to run from questions as if they might kill you, but Harris and Pence displayed notable commitment to just talking about whatever the hell they wanted to. Both of them ignored Page’s awkward question about presidential succession. Harris didn’t really have a cogent answer about packing the Supreme Court, but on one point she was unequivocal: Fracking is here to stay! And Pence swerved away from very legitimate concerns of Donald Trump simply not acquiescing to a peaceful transfer of power by stridently not disavowing the possibility of an authoritarian coup. If recent history is any indicator, in three days’ time, when no one is listening, Mike Pence will certainly “strongly disavow” illegally seizing power. 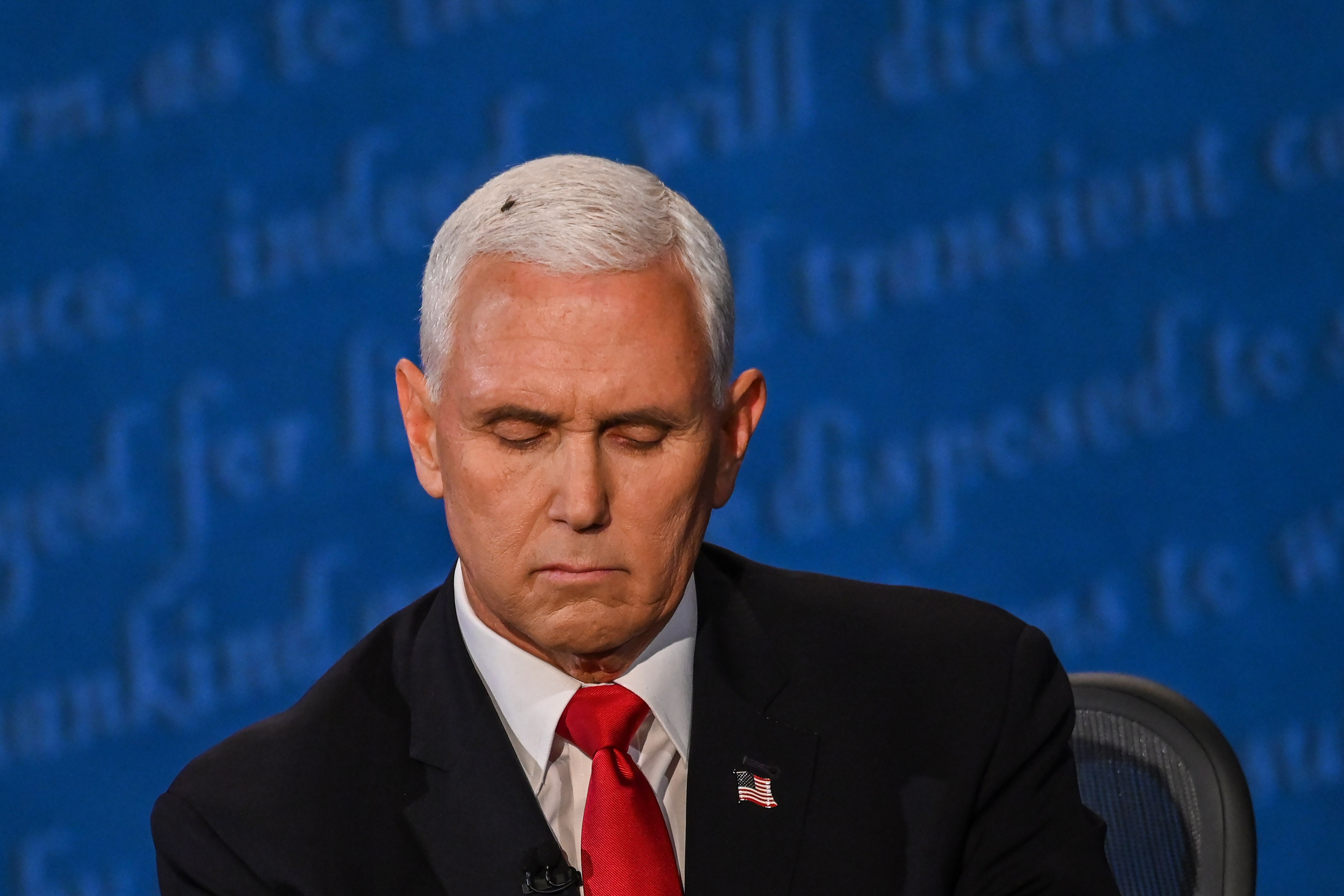