Still, the subject matter on Savage Mode II wasn’t as big a leap for Freeman as one might think, interludes about the nuances between a snitch and a rat aside. “I read the copy and was like wow, there’s some wisdom in here,” Freeman recalls, explaining that he boiled the monologues down to their core themes and values. “I think this is the way I think. It’s basically saying don’t suffer fools and when you want something go for that,” he says, adding “If [Savage’s music] is a young people thing, then this is stuff they need to be aware of. So it’s a good thing to do.”

Since the project’s release, social media has been peppered with memes depicting Freeman as a part of Savage’s universe, either by photoshopping the rapper’s trademark knife tattoo onto the actor or pairing screenshots from the rare films in which Freeman brandishes a gun. At press time, Freeman hadn’t listened to the music his narration accompanies, nor had he done further research on Savage (“My lady asked me if I’d been living under a rock”). But he intends to. Just don’t expect him to venture out for a visual cameo while we’re still in the midst of this pandemic—all of his contributions were recorded at his house, on his iPhone.

Freeman’s narration does appear in the special effects-heavy trailer that heralded the album’s arrival. Directed by Gibson Hazard, the video is darkly funny and genuinely creepy, playing up the horror vibes to match Metro’s spooky instrumentals before ending with a shot straight out of the Overbrook Hotel. The video for “Runnin,” which accompanied the album’s release, is also striking: Savage and Metro bring 21’s Best Rap Song Grammy to Atlanta, juxtaposing the symbol of music industry success with the realities of the city’s Zone 6. Savage carries that contrast into the lyrics, rapping, “I brought a Hollywood bitch to Club Crucial/I was at the Met Gala with my shooter.”

Canon, who has photographed many of Atlanta’s rap stars (he describes the city as being “like a big high school”), says Savage is especially particular. “He always knows what he wants,” Canon says. “There’s never been a time where I did or shot anything for him that he didn’t know how he wanted it to look.”

Courtesy of B Media

Canon is also charged with depicting 21 Savage in his downtime, whether it’s his involvement with the fashion world, relaxing and playing basketball, or being a father.“That’s always been my goal with the day-to-day work that I did with Savage, was to capture moments that show another side of him,” he says.

Savage’s eye for “iconic” imagery has been apparent to Canon since they began working together in 2016, just before the release of the first Savage Mode. He references the A Zae and The Picture Man-directed “No Heart” video, which recreates the Hughes Brothers’ cult classic Menace II Society, as an example of the rapper and his team knowing how to make videos that elevate 21 as an artist.

“He’s not just an ABC rapper, his intelligence comes out in his music.” Canon explains.

It’s not only evident there, but also in his artwork and videos. There is no stereotypical representation of 21 Savage, because each time we see him he’s careful to show multiple sides of himself. A cursory skimming of Savage Mode II may only catch the intentionally gaudy artwork and the songs about killing, cars and women. But a deeper look reveals those symbolic bullet holes, and the bars imparting the wisdom that makes a guy like Morgan Freeman eager to be a part of the story. 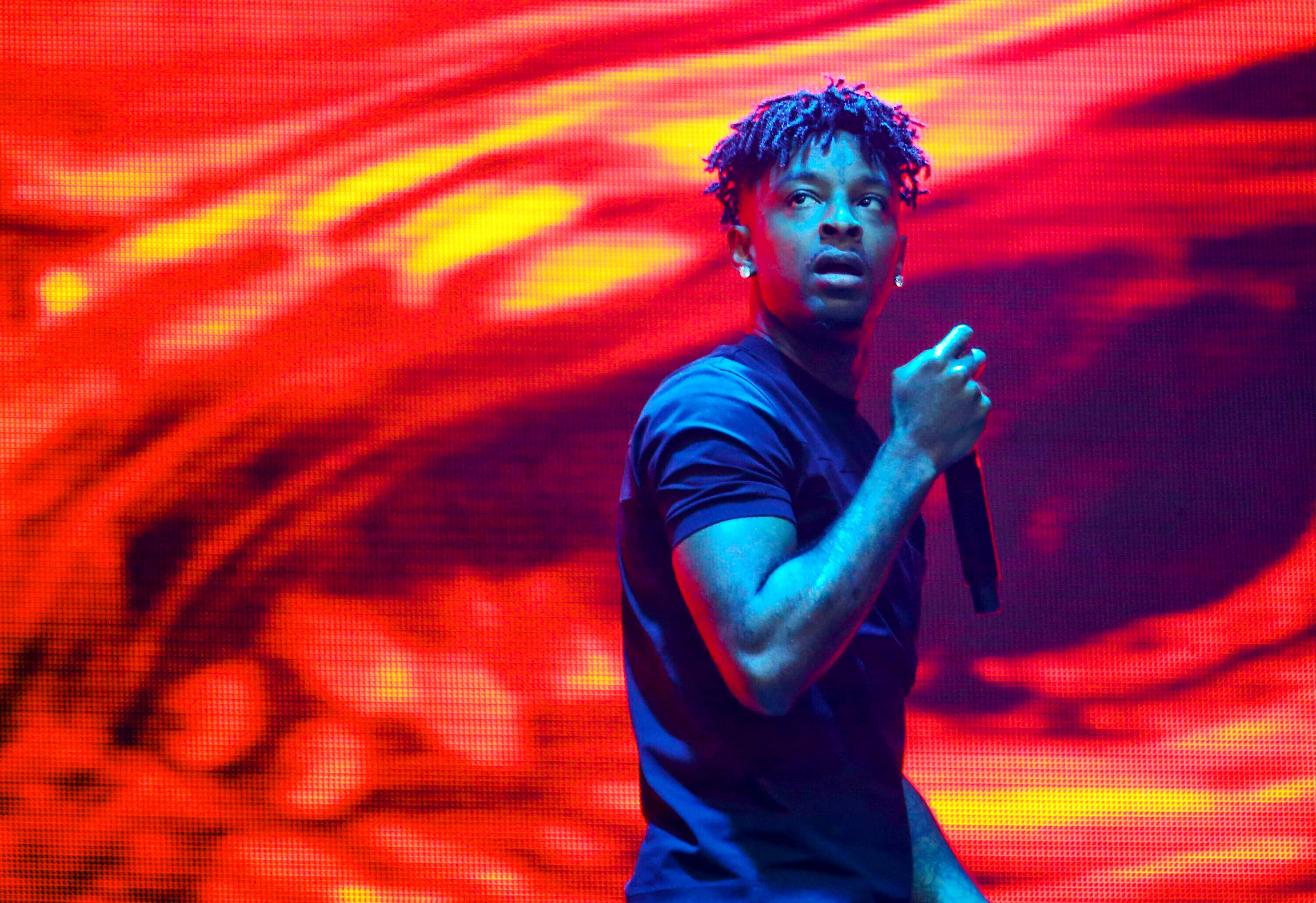