This is Wait, What?, a column that explains the seemingly incomprehensible.

Since President Donald Trump announced that he and the First Lady tested positive for the coronavirus last Friday, several other GOP figures within his orbit have also disclosed that they’ve been infected: Chris Christie, Kayleigh McEnany, Thom Tillis, Mike Lee, Ron Johnson, and, notably, Kellyanne Conway. For the latter, the ordeal is playing out as a highly public family drama with her daughter Claudia Conway on TikTok. It’s just like Tolstoy wrote: “All happy families are alike; each unhappy family is fighting on Gen Z’s favorite dance video app.” Confused? Come and gaze into the social media abyss with me.

Who is Claudia Conway?

Kellyanne’s 15-year-old daughter, who first came to attention over the summer for espousing her left-leaning political views on her TikTok account. A parent and their kid not seeing eye-to-eye isn’t exactly novel, but it’s bound to make news when the parent is a high-ranking official in the Trump administration and the kid is posting “hi so if you’re leftist, acab, anti-trump, blm, etc. please interact w this.” Since then, Claudia has garnered over 1 million followers on the platform.

This isn’t the first time the Conway family has publicly disagreed about politics, right?

Right. As you may remember, Kellyanne’s husband George Conway has been a frequent outspoken critic of Trump. Here, an exchange that exemplifies a normal and healthy relationship with your wife’s boss:

In August, Kellyanne announced that she would be leaving her White House gig to focus on her family, writing in a statement that, “For now, and for my beloved children, it will be less drama, more mama.” One of those things has not exactly come into fruition. 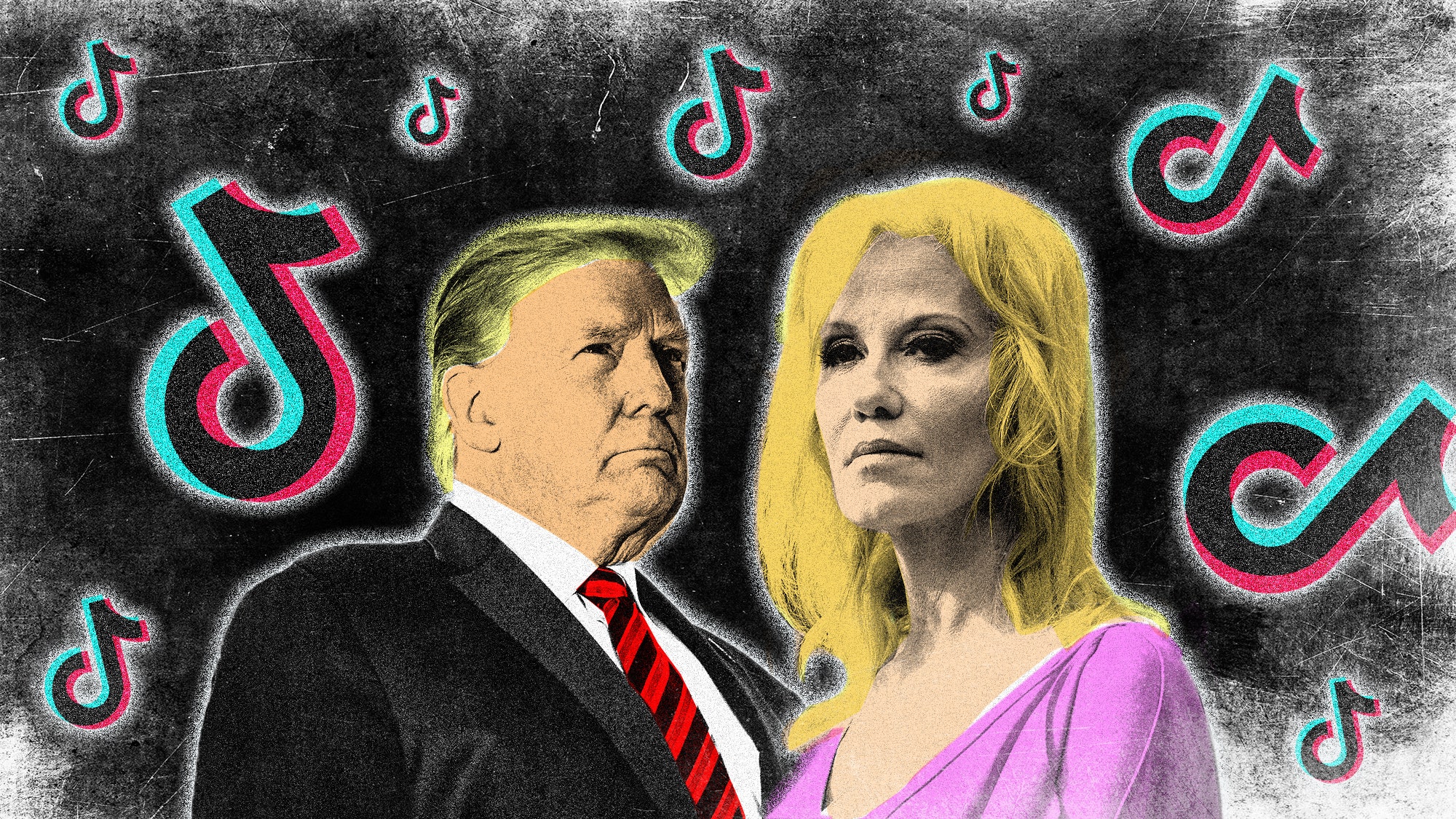