Even if Lanez did not shoot Megan, what remains irrefutable is the fact that she was harmed physically and emotionally, and the manner in which he has chosen to address this is callous and careless. Instead of making a public statement, defending Megan and the alleged relationship they had, course-correcting the conversation surrounding the incident, and proclaiming his innocence in real time, he waited and released an album. The choice of medium is bad, but the timing is worse—two days after the verdict was announced that no direct charges would be brought against the Kentucky cops who shot and killed Breonna Taylor. Lanez chose to capitalize off a Black woman’s pain while placing his own struggles at the forefront.

This interplay between celebrity worship, patriarchy and capitalism is not limited to hip-hop. But in hip-hop, Tory Lanez is no pariah; he is the standard.

Pioneering hip-hop journalist Dee Barnes detailed how Dr. Dre beat her so badly in 1991 that she still suffers with medical issues to this day. She says the industry blackballed her and after a series of misfortunes, she became homeless. In 2015, Dr. Dre admitted to the abuse; this year, the Grammys honored him with the lifetime achievement award. In June, Fabolous was welcomed in a Verzuz battle despite being indicted on four felony charges for domestic violence against Emily Bustamante, the mother of his children. It took controversial rapper 6ix9ine cooperating with federal agents for him to effectively be ostracized by male hip-hop heavyweights, not his felony count of use of a child in a sexual performance or his admitted domestic abuse against his child’s mother. Russell Simmons is described as an alleged serial rapist in the HBO documentary On The Record, but the mogul has remained untouched by the scores of accusations, and protected by the hip-hop community he helped cultivate over the last four decades.

“The thing about gender-based violence is that the people you need to change aren’t necessarily the abusers, though of course, you want them to change too. It’s the enablers and the spectators,” Mendez Berry said. “In the context of hip-hop, that’s the people who work in the industry and turn a blind eye, or who actively make the case that some women don’t deserve respect, either on record or in the flesh. The journalists who don’t ask questions. And it’s all the audiences who listen to the music without thinking and normalize the casual misogyny and dehumanization of women. You need regular people to care because they make the careers of these abusers possible.”

Fortunately, although Megan continues to be attacked, she is being defended and praised by her immense fan base. A section of the industry also supports her. Some outlets have pledged not to cover Lanez. Meanwhile Megan’s star continues to rise, in a year that saw her notch her first No. 1 record. She is already one of the biggest rappers in the country and has been named one of Time magazine’s 100 most influential people in the world.

There is now a broader general understanding of what violence and injustice looks like. After the killings of George Floyd and Breonna Taylor spawned the recent national reckoning over race, it has become both moral and marketable for companies, brands, and allies to admit that Black lives matter. Megan’s survival story shouldn’t have happened at all, but at least more people now have access to the thought tools necessary to assess the root issues surrounding it.

But phrases like “believe women” or “protect Black women” or “Black lives matter” are empty without the commitment to an overhaul of harmful ideologies, behaviors, and systems. Megan is still being ridiculed, Tory is still being defended, and the scores of men in music who’ve abused women are still making strides. Some spectators would apparently prefer to see Megan in a wheelchair or conspicuously suffering, not on her feet working and celebrating. Tory Lanez and his followers demand grace. If a famous, wealthy, beloved Black musician can be violated without recourse or punishment, what does this mean for everyday Black women? 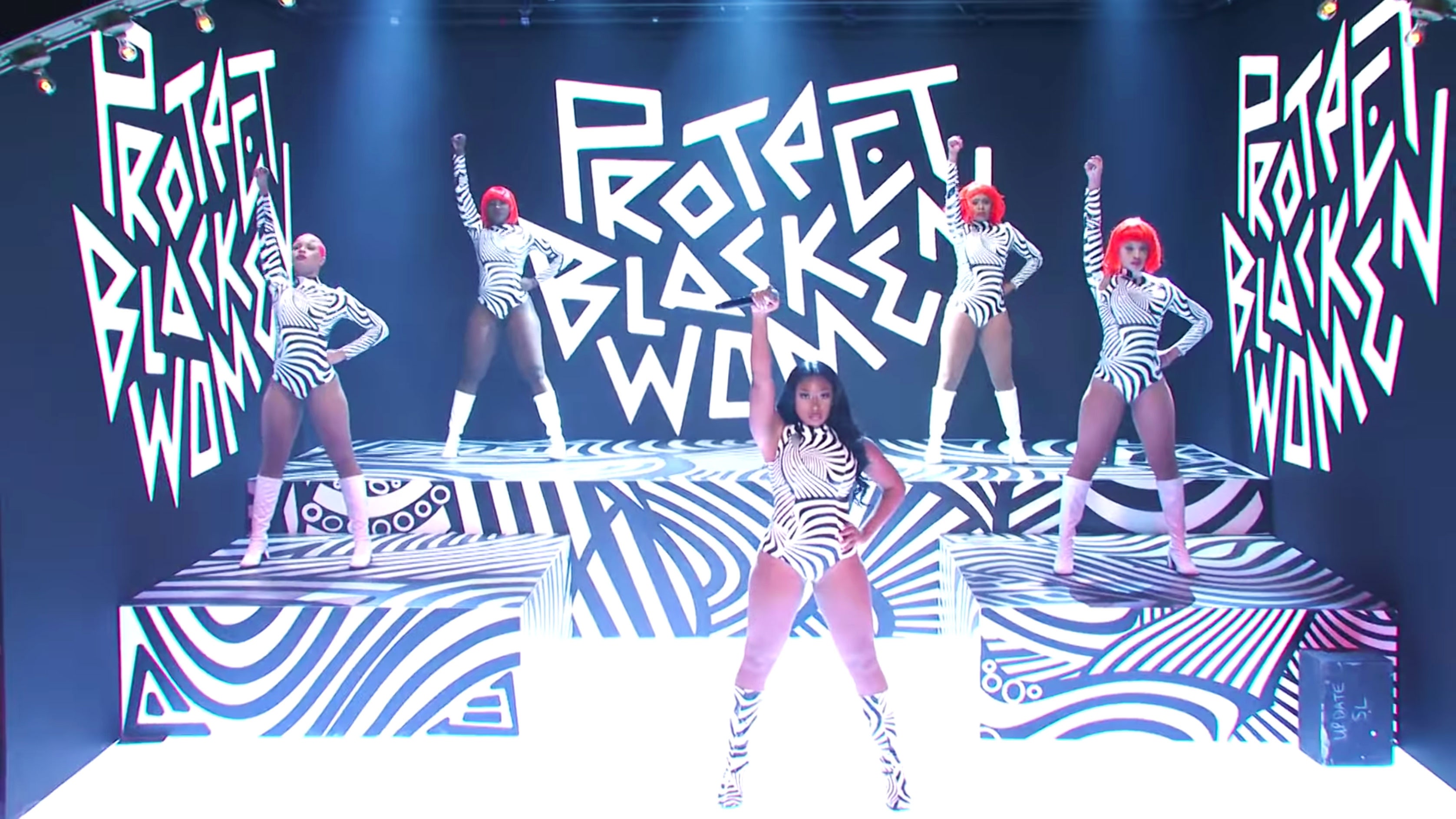