In the early days of the Trump administration, when things were much simpler, there was so much turmoil surrounding Donald Trump’s erratic behavior and repeated interference with the Russia investigation that Rod Rosenstein, the deputy attorney general, briefly floated the idea of secretly recording the president and invoking the 25th Amendment to the United States Constitution. That suggestion, which never went anywhere and which Rosenstein has played down, was made in the chaotic days after Trump fired James Comey; triggering the amendment would’ve allowed the Cabinet and the vice president to declare him “unable to discharge the powers and duties of his office.”

That was then. Now, with Trump spending a few days at Walter Reed Medical Center as he is observed and treated for the coronavirus, the section of the Constitution allowing for the temporary or permanent replacement of the president is fully on the table, at least in principle. “The president’s vitals over the last 24 hours were very concerning, and the next 48 hours will be critical in terms of his care,” Mark Meadows, the White House chief of staff, said on Saturday in a candid assessment. “We’re still not on a clear path to a full recovery.” Of course, Trump doesn’t like candor, and he immediately scrambled to paint a rosier picture of his current condition. As of late Saturday, he was not yet “out of the woods.” And on Sunday, it became clear that the president’s doctors aren’t telling us the full picture of his true prognosis.

Because, in fairness, the Trump administration cannot be trusted to be forthright with the American public, not even on matters of life and death, we’d be all the wiser to understand how the 25th Amendment works, how the prospect of presidential incapacity could trigger the legal line of succession, and how the election and transfer of power themselves can go into unchartered territory — if not complete chaos.

Get ready for some game theory.

First off, the United States has been through drills like this before. In 1981, President Ronald Reagan was shot at close range while in office, and his aides considered the 25th Amendment as a possibility. Cass Sunstein, a Harvard Law School professor who was a young lawyer in the Justice Department’s Office of Legal Counsel at the time, wrote recently in Bloomberg about how he became the office’s resident 25th Amendment expert and, when Reagan was shot, was asked to draft two declarations under it: One involving section 3 of the amendment, which allows the president to voluntarily and temporarily declare himself “unable” to perform the duties of his office, thus transferring those responsibilities to the vice president, who then becomes acting president; and another involving section 4 of the amendment, where a majority of the Cabinet plus the vice president declare the president’s inability.

In the latter scenario, the president may regain power by declaring in writing that he’s recovered and ready to regain power. That would be the end of it, unless the Cabinet and vice president disagree with the president’s assessment — in which case the disagreement would be kicked over to Congress, which would render its verdict on the president’s capacity to hold office on a two-thirds, supermajority vote.

Far more straightforward is what would happen in the event Trump were to die from Covid-19. That’s governed by section 1 of the 25th Amendment. “Under the clear and simple terms of that section, the Vice President ‘shall become’ President upon creation of a vacancy in the office of President,” states a memorandum prepared by the Reagan administration in 1985. No ambiguity there. That means Vice President Mike Pence would succeed Trump as president, and the office of vice president would become vacant, triggering section two of the amendment, under which Pence could nominate a new vice president subject to a majority vote in both houses of Congress. 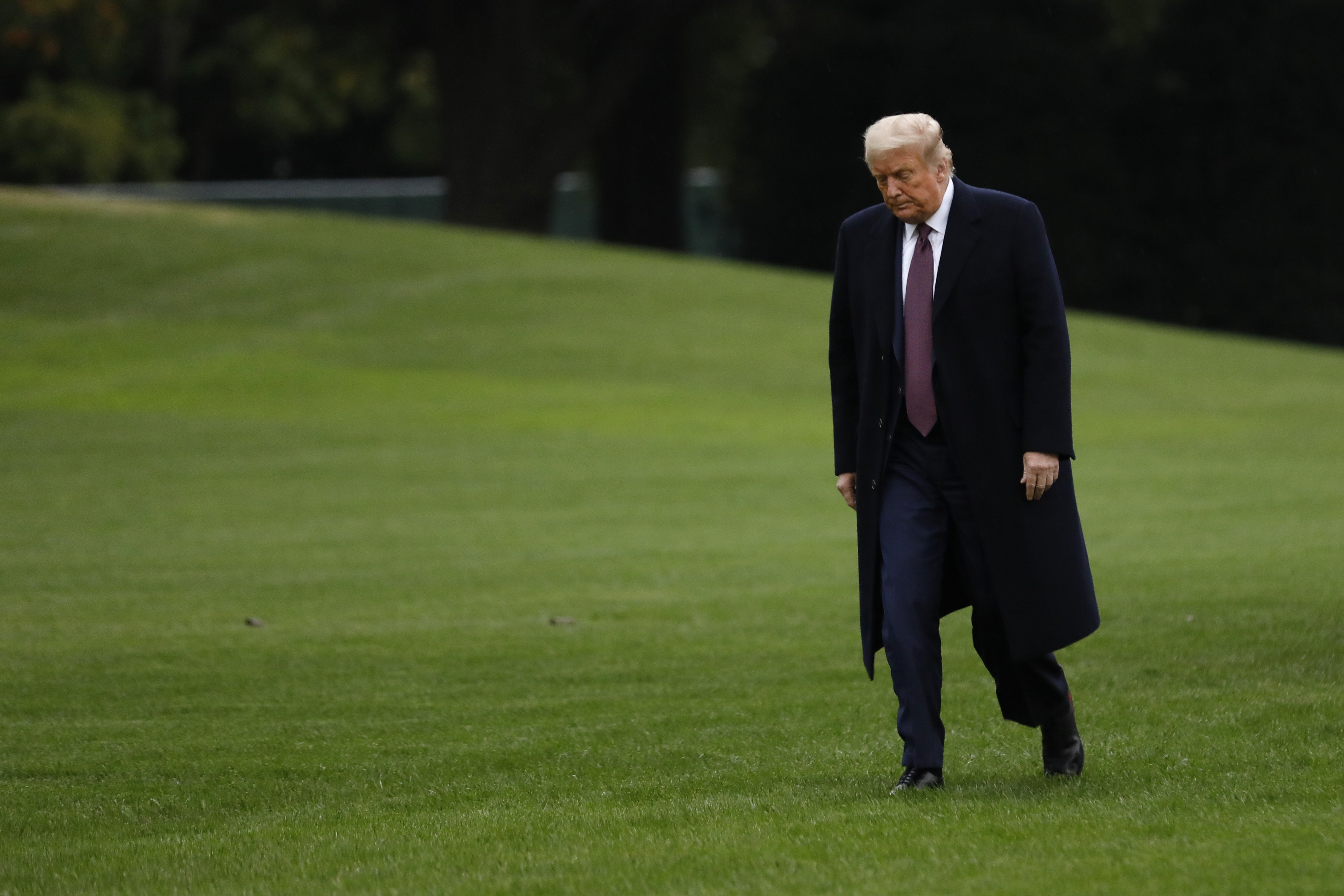