If you love Black folks and Black culture, it’s impossible to scroll down the Black Magazine Covers Instagram feed without a chill going down your spine. There’s Ralph Ellison on the cover of The Atlantic. Malcolm X on the front page of the foundational Black general-interest and news weekly Jet. Aaliyah’s posthumous elegance on Vibe. The singular beauty of Pam Grier on New York. Denzel on Essence. And then there are the contemporary works of art like Rihanna for [insert any magazine ever here] or a Kadir Nelson illustration for the New Yorker. Sammy Davis Jr. on GQ in 1967—the first Black man to grace this magazine’s cover—in full profile, which was rare in that era, just radiating pure charisma.

GQ talked to the page’s curator, Donovan X. Ramsey about the Black Magazine Covers account. He tells us that when magazines are at their best, they’re essentially a convergence of beautiful imagery, design, aesthetics, storytelling and art. So naturally, as a Black journalist (check out his profile of Bubba Wallace for GQ here), he wanted to celebrate the people responsible for putting this beauty into the world—the stars, the photographers, the stylists and the writers too. Over the phone, Ramsey talked about his favorite covers, loving Black people, and how the page can be used as a resource for Black creatives.

You’re pretty much a certified Black archivist now. Do you see yourself that way?

[Laughs] I don’t see myself as a Black archivist, but I’ll take it. I have a deep appreciation for Black people first and then Black culture out of that. There aren’t enough institutions and individuals that are cataloging our culture and putting it in context. If you’re a person that loves Black culture then it’s impossible to not want to do that. To not want to collect, to not want to curate. If you have the time and the resources—if you’re a person like me who also loves journalism, it’s a natural passion.

When you say you love Black people first before you love black culture, what do you mean by that?

It’s very easy, in this day and age, to divorce Black culture and Black aesthetics from the actual lived experience of the people who create those things, and you see that in this neverending phenomenon of Black cultural appropriation. Where people want signifiers of Blackness or to have Black physical features—wanting to be dark, full lipped and curly headed. That is what it means to love Black aesthetics and Black culture without necessarily having love for Black people. For me as a Black person, I love the experiences and the people who created that stuff. If you think about what it means to live as a Black person with full lips, and in particular for women, right, because the magazine space is so much about beauty—there were many years when there weren’t lipstick shades made with Black women in mind. There were years when beauty campaigns didn’t have anybody with full lips, so that aesthetic that people love so much was really hard fought by nameless, countless Black women. For me everything that I do around Black culture that is around Black aesthetics has an appreciation at its core for the people that created it.

When do you think Black Magazine Covers really started to get some attention and what’s changed in the two and a half years it’s been active?

People started paying attention to it really when you started to see some shifts in the industry about a year ago. I think it’s a few different factors acting on each other. One is the rise of platforms like Instagram has given an audience to this new generation of black photographers and they have been pushing in really significant ways for more space in the industry. They’re pushing to get covers, but they’re also able to share their work and build an audience. I think that’s made magazine editors and photo directors a lot more conscious of the fact that Black people should be taking pictures and in particular, taking pictures of black subjects. I started seeing a lot more covers of Black stars, by Black photographers. Being able to post and share those has given me content and that has drawn an audience. 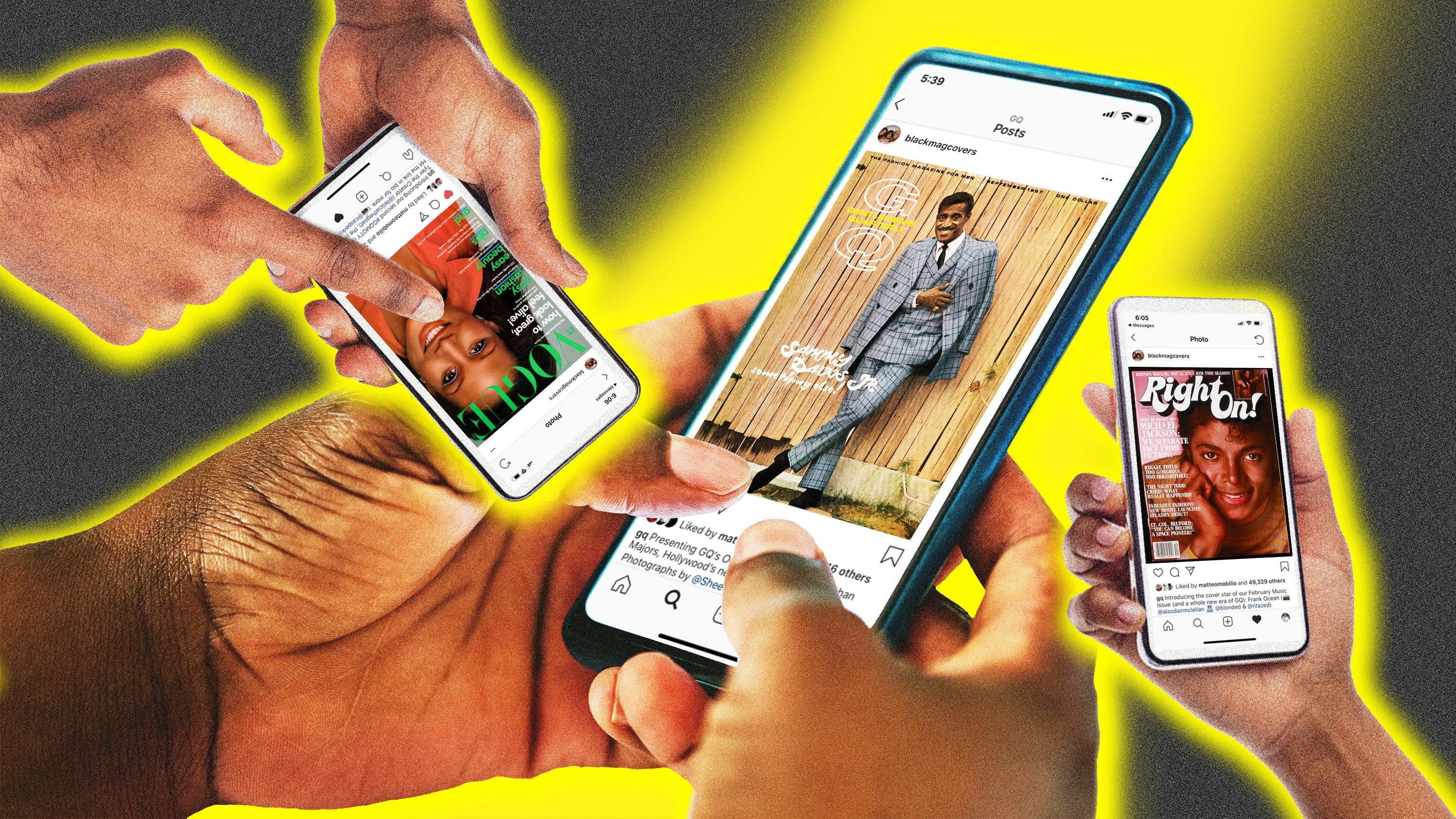