This past weekend, Twitter went wild over a photograph of the backside of a Patagonia tag. Instead of anodyne intel about fabrication and ironing directions, it read, in clean, sans-serif stitching: “VOTE THE ASSHOLES OUT.”

It seemed too good to be true—a little bit of #resistance fantasy. But Patagonia has been one of the most vocal brands in consumer culture when it comes to politicians’ inability to take climate change seriously, suing the Trump administration to protect national monuments and donating its tax-cut cash to environmental groups. That approach now applies to their actual clothes: Patagonia director of copy Brad Wieners, who presumably had a hand in bringing the anti-Trump tag to life, said that it was real in a Tweet on Saturday.

Now Patagonia has officially confirmed it, stating that the tag appears on their Regenerative Organic Stand-Up Shorts, which they started making in 1973. “We have been standing up to climate deniers for almost as long as we’ve been making those shorts,” a spokesperson told CNN. The spokesperson added that the brand’s CEO, Yvon Chouinard, has been saying the phrase for years in reference “to politicians from any party who deny or disregard the climate crisis and ignore science.”

Patagonia has also announced that it will work with BallotReady to encourage people to vote climate-change deniers out of office. It’s not the only brand to go all in on voter turnout this year—many brands are making T-shirts and other merchandise with much tamer messaging and partnering with bipartisan and liberal-leaning organizations alike—but Patagonia has gone further than any other company to make its political intentions clear. Last year, for example, they stopped producing vests for several finance firms, and Chouinard has frequently locked horns with Donald Trump. While only a few years ago most companies would avoid the sort of radical clarity that Patagonia promotes for fear of backlash, it seems more and more that Patagonia’s climate change–centered leftism only builds their fandom—and that it’s good for business. Less cynically, though, the uncompromising message is a refreshing political battle cry. And, frankly, we’re just glad to see a different model of Patagonia shorts challenge the still-dominant Baggies.

GQ has reached out to Patagonia for additional comment, and will update this story as appropriate. 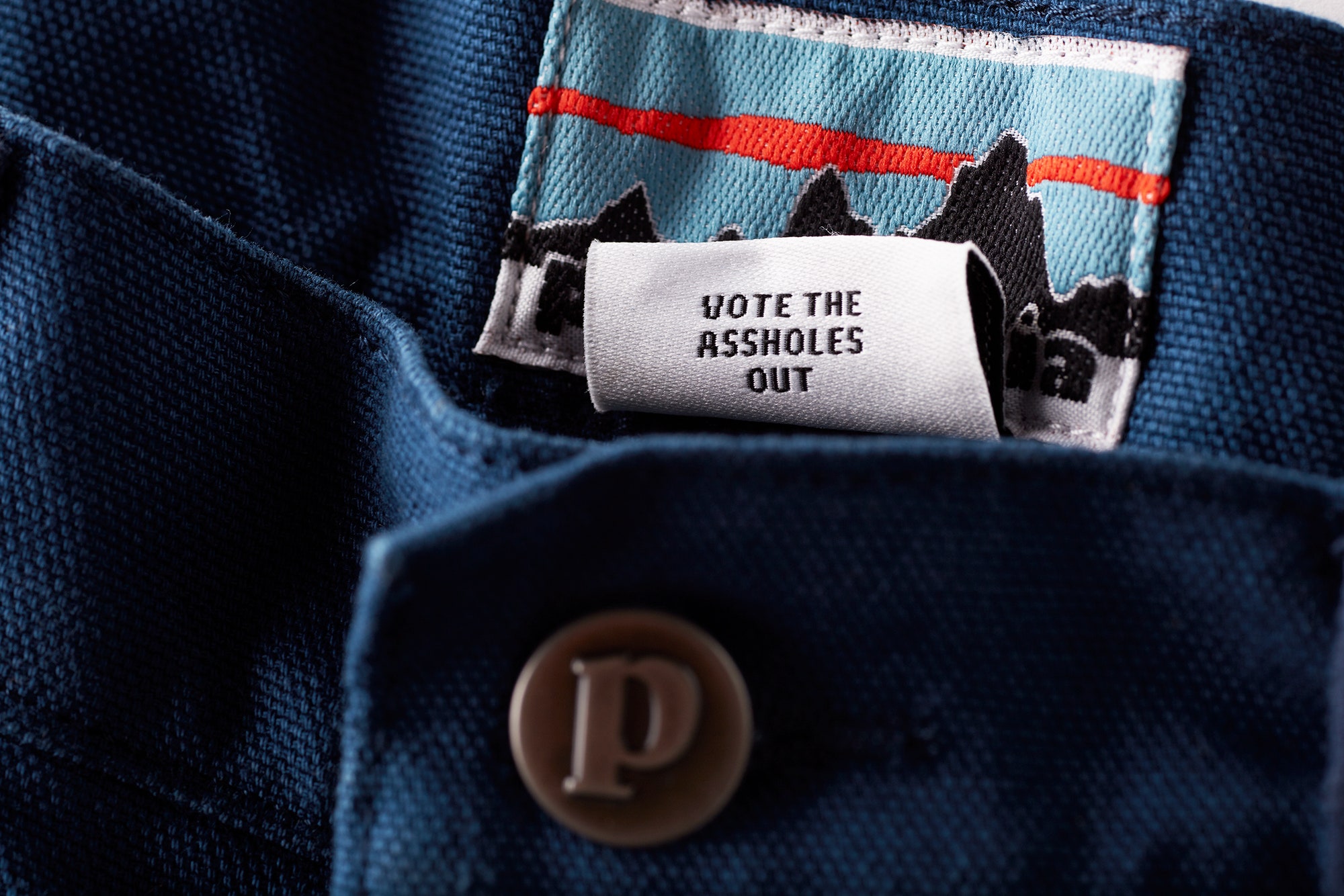