Last night, after a dismal opening two sets, Dominic Thiem came back from the brink to win his first Grand Slam title, 2–6, 4–6, 6–4, 6–3, 7–6 (6), against Sascha Zverev. He’s the first new Grand Slam champion in six years, the first to win the U.S. Open in a tiebreak, and the first to come back from two sets down since 1949, before tiebreaks even existed at the tournament. “Definitely it was a bizarre match,” Thiem told GQ this morning. It was a dramatic finish to a strange match at an even stranger tournament.

The 2020 U.S. Open will go down as the Grand Slam without fans, where players ripped forehands in silent stadiums built to hold thousands. Though the atmosphere was eerie at times, the USTA pulled off an international sporting event during a global pandemic—no small feat. “They did an amazing job to pull it through in uncertain times,” Thiem said. “Hats off to all the people who made it possible.”

But playing to empty stands was tough. “For me, the hardest part was that there were no distractions,” said Thiem. “Some distractions aren’t always bad. Going out for a night with your team, strolling around the city on a day off just brings you different thoughts. If you’re only spending time in the tennis club and in the hotel and the path in between, all your thoughts are just on the next match and how far you can go in the tournament. I think that’s one reason I was so tight—there was no life outside the bubble.”

The outside world trickled in, though. “2020 is a crazy year with very bad things going on all around the globe,” Thiem reflected. He mentioned Naomi Osaka, his US Open co-champion, as an inspiration. Osaka has been calling attention to the Black Lives Matter movement throughout the tournament by wearing masks with the names of victims of racial injustice—Breonna Taylor, Elijah McClain, Ahmaud Arbery, Trayvon Martin, George Floyd, Philando Castile and Tamir Rice. “We have to use our platform like Naomi does,” said Thiem.

History will also remember this tournament as the one in which possible GOAT and ultimate heel Novak Djokovic accidentally nailed a line judge in the throat with a tennis ball. He was automatically disqualified. “The moment Novak was out of the tournament, the chances for every player to win their maiden Slam increased,” Thiem said. “It was in the back of the head of every player, even though we all tried not to think about it.”

Though Djokovic’s disqualification made him the favorite, Thiem thinks that might have hurt more than it helped, because it only added to the pressure. Thiem had played and lost in three prior major finals. There was a sense that this was his big chance to win. “But I knew it was going to be tough against Sascha. I don’t really like the matchup. His serve is so huge and he doesn’t give you much rhythm. Then with all the pressure of how well I’d been playing in the past rounds, everything just came up,” he said.

In the first set, Thiem looked like he’d already lost. “I had never been that nervous or that tight before. My arms and legs were heavy, my strokes weren’t fast,” he told me. Zverev took the first in half an hour, then the second shortly thereafter. The commentators were ready to stick a fork in Thiem.

But Thiem has alligator blood—he hangs around. He managed to break Zverev at a crucial moment and take the third set. As the match was winding down in the fifth, neither player could close it out. Thiem was cramping up; Zverez was pushing serves in at 70 mph. Ultimately Thiem outlasted the German, taking the match in a tiebreak, 8-6. 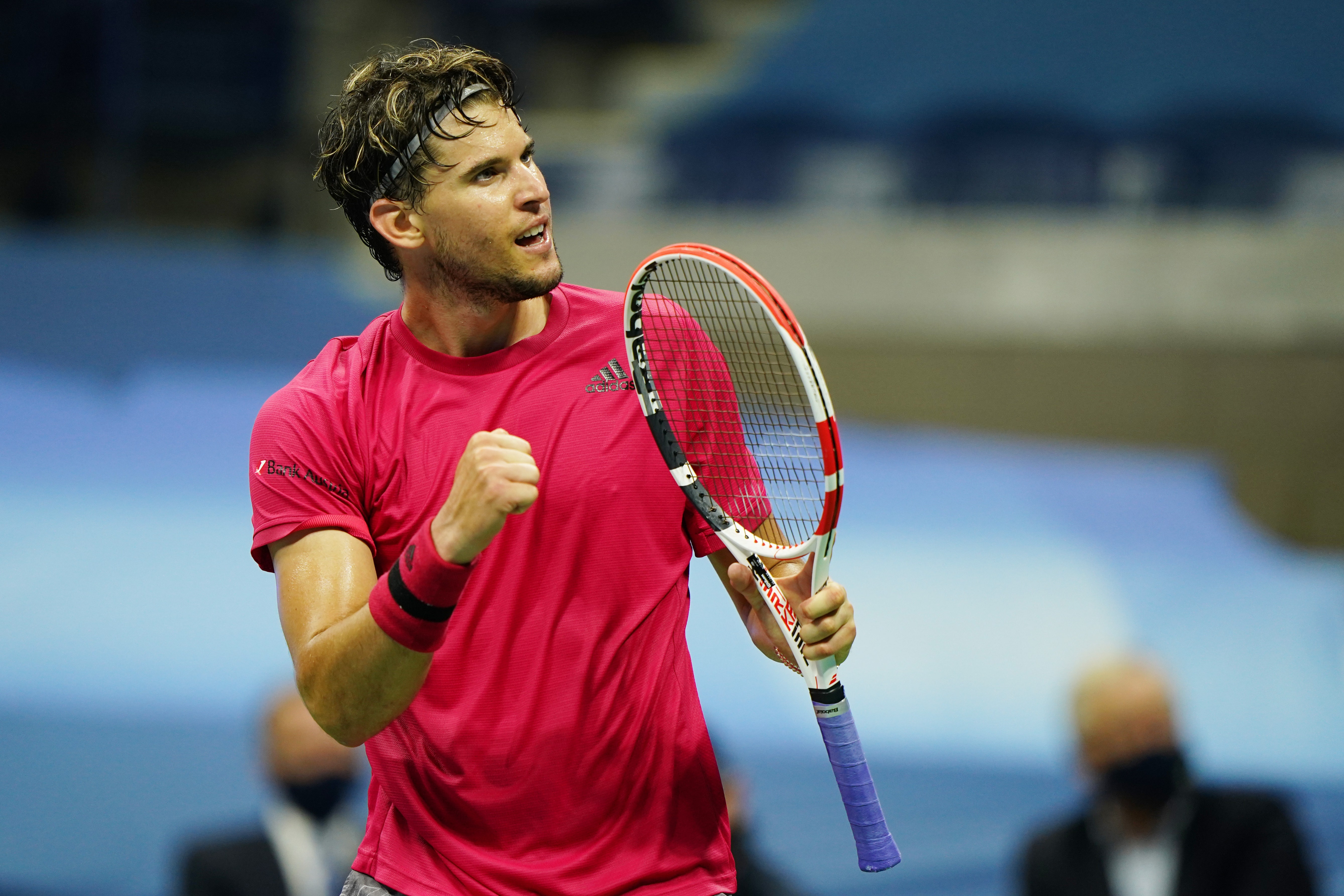