LeBron James will always be the story, no matter what team he plays for or who else is on it. In the 17th season of his sensational career, James still looks like the MVP: not only has there been no perceivable decrease in his athleticism, but he’s also posting the second-highest True Shooting percentage of his career. And so even though James has gone out of his way to talk up Anthony Davis this season, his All-Star teammate has been closer to the background than he should be.

But right now Davis is staking his own claim to a different tier of greatness. Pure dominance was expected for AD since the day he was drafted number one, but up until now—for reasons that were and were not in his control—he hasn’t experienced the type of playoff success that peers like Kawhi Leonard, Steph Curry, Giannis Antetokounmpo and even James Harden have seen. Now Davis is leveling up in eye-opening ways; there are mounds of empirical evidence that suggest he’s currently playing at a height nobody else can reach.

The players who’ve averaged at least 27 points, 10 rebounds, and four assists this deep into a playoff run are already in the Hall of Fame—we’re talking prime Kareem, 25-year-old Duncan, MVP Barkley, LeBron’s first year back in Cleveland, Bird, Hakeem, Wilt—and none did it with a higher True Shooting percentage than Davis’ current 65.9 mark, or while simultaneously having a first-team All-Defense effect all over the court.

Heading into the Lakers blowout win in Game 5 against the Houston Rockets, Davis led the bubble with a 34.2 PER, a number no player except LeBron (in 2009) has ever matched so deep into the postseason (Hakeem Olajuwon’s 39 PER in 1988 came in just four games).

After Game 5, Davis’ playoff PER dropped to 31.7, which is still top-10 all-time. But even stats like these don’t quantify how intimidating Davis is when he doesn’t have the ball, or the ways in which he toys with opponents who could not possibly defend him better. Shots like these two against the Rockets are soul crushing and feel like they’re worth 10 points instead of 2:

Davis is doing this on a team that wasn’t even built to optimize his talent—the Lakers don’t have enough playmakers (particularly those who are respected as scorers) or the high-volume three-point shooting that would create so much more space for him to play in. Point guard LeBron obviously helps (James has assisted Davis on more baskets than any other tandem in the league, and Davis is currently shooting an unfair 79 percent at the rim), but against a switch-happy Rockets defense designed to turn team-oriented basketball into a series of one-on-one confrontations, AD looked just as comfortable as an offense unto himself. 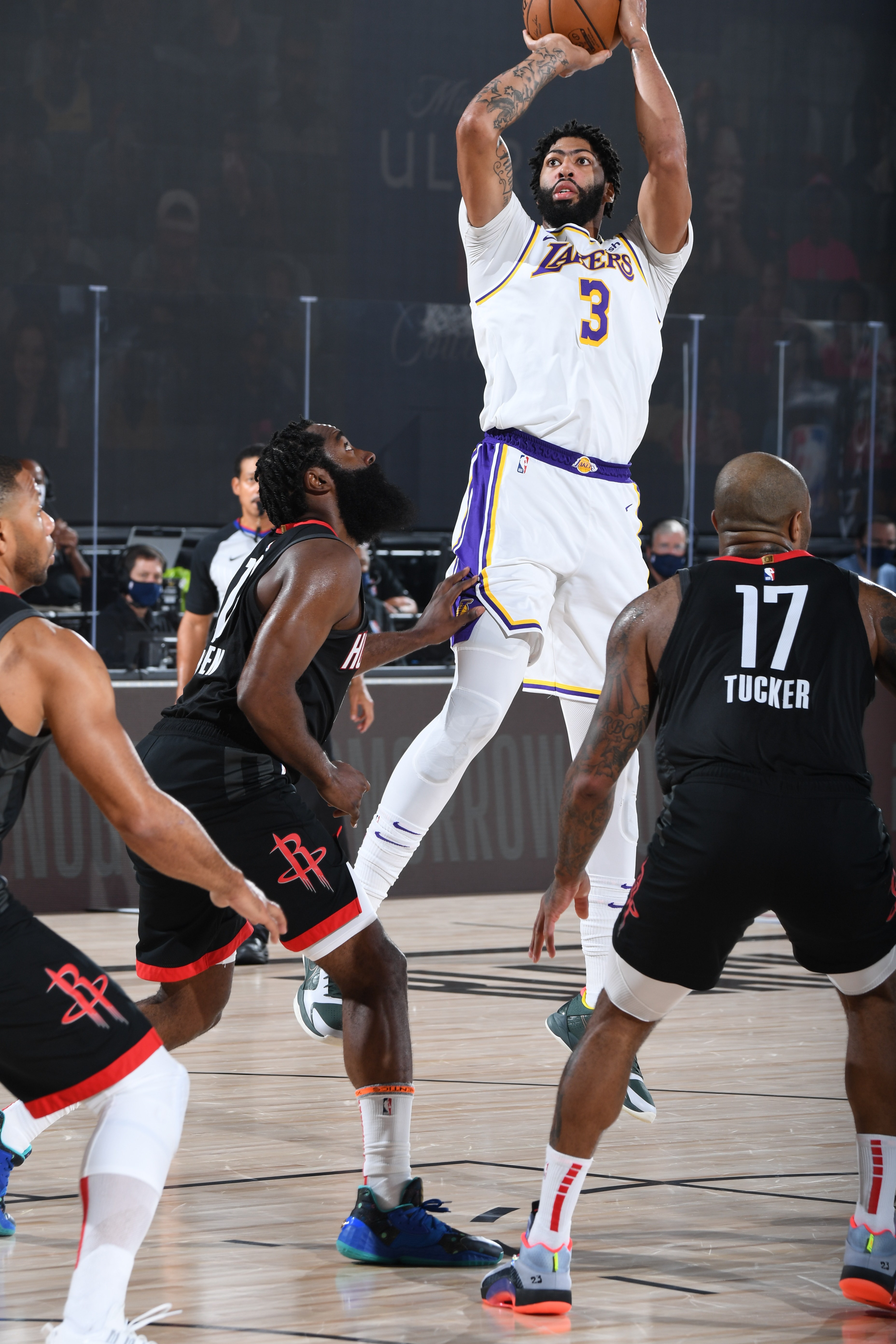