Rajon Rondo’s magical transformation into “Playoff Rondo” earlier this week was extraordinary and delirious. After six straight months away from what had already been one of his worst seasons in a career full of hiccups and backsliding, reasonable expectations for the star-turned-journeyman’s return to the court were all-but-conclusively in the basement — especially after his eight-point, four-turnover dud against the Rockets in Game 1.

But in the last two games, the 33-year-old tallied 31 points, 18 assists, six steals, five rebounds, and the Lakers are +35 while he’s on the court. Rondo’s production has been surreal; it has also been the difference in a series full of razor thin margins. The Lakers are up 2-1. Without Rondo, they might find themselves in an 0-3 hole.

Very few people saw this coming. But Rondo believers—those who fondly remember the four consecutive All-Star appearances, overlook criticism of his defense, and believe his virtuosic passing will forever triumph over his broken jump shot—do exist, even if, after a legitimate resurgence in New Orleans two years ago, they’re thin on the ground these days.

Aside from this writer, one of them is Hayley, a 23-year-old Australian who’s run a popular Rondo superfan account on Instagram for the past eight years. “I wouldn’t say I’m surprised. I see all the hate Rondo gets from the Lakers fans and that really annoys me,” she told me one day after Rondo drilled three 3s and scored 21 points. “I think he’s just the best player to watch in the NBA.”

Hailey didn’t grow up playing or watching basketball, but her first sighting of Rondo turned her into a Celtics fan. His palpable intelligence, unselfishness, and ability to command the tempo of an entire game was too impressive to ignore.

“Back then a lot of people that didn’t know the game would’ve seen Rondo and think that’s a player you can watch all day,” she said. “And that was me.” In 2014, Hayley got a dog and named him Rondo. Two weeks later, the real Rondo was traded to the Dallas Mavericks, but her appreciation and admiration never wavered. Despite the time difference—NBA games air around 10 AM in Melbourne—she still watches every Boston game and most Rondo appearances after she gets home from work.

Through it all, she kept posting photos of Rondo lifting weights, making meme-caliber facial expressions, and editing his face into Renaissance paintings. Rondo followed Hayley’s account a few years ago, and he still likes some of the photos she posts. At one point, his trainer sent her a DM just to let her know how much Rondo appreciated the support.

“Sometimes I’ll post things even when I don’t watch any games. I’ll just find a photo on Twitter and put it up. Or when something significant happens,” she said. “I remember when he punched Chris Paul [in October 2018, one game into his Lakers tenure], I was actually at work and went ‘God I’ve gotta put this up so quickly,’ so I grabbed the video, put it up, and that went crazy. That was a good one, that punch.”

Back in the here and now, Hayley believes the Rondo we saw in Game 3—the zippy playmaker knocking down wide-open threes that Houston prayed he would take —is the Rondo we should expect from here on out. Not only is it sustainable, in her opinion: It’s inevitable.

“He’s obviously still figuring out what his role is, but when LeBron and AD have confidence in him I think he’s gonna be handing out heaps of assists like he is now,” Hayley said. “The three-pointer won’t always fall, as we know with Rondo, but he can still make huge plays.”

On a Lakers team that has no third star and is in constant need of playmakers who can boost their offense when LeBron sits—or even just reduce his load and unlock more scoring chances off the ball—Rondo is theoretically an integral piece. Despite only averaging 20 minutes per game during the regular season, he had the ball in his hands more often and for longer periods of time than everyone else on the team except LeBron.

He won’t fill out a Big 3 anymore, but it’s not entirely inconceivable that he’ll slide into the Lakers’ closing five and continue to influence both ends of the floor by identifying mismatches, creating efficient looks, and calling his own number when he sees fit.

Hayley thinks that’s possible. But the realist in her also knows Rondo won’t be around forever. And once he hangs them up, there’s another player she holds in high regard. “Marcus Smart is nearly getting up to the Rondo level for me. A lot of people hate him as well,” she laughed. “I think I like the players people hate, and then I like to defend them.” 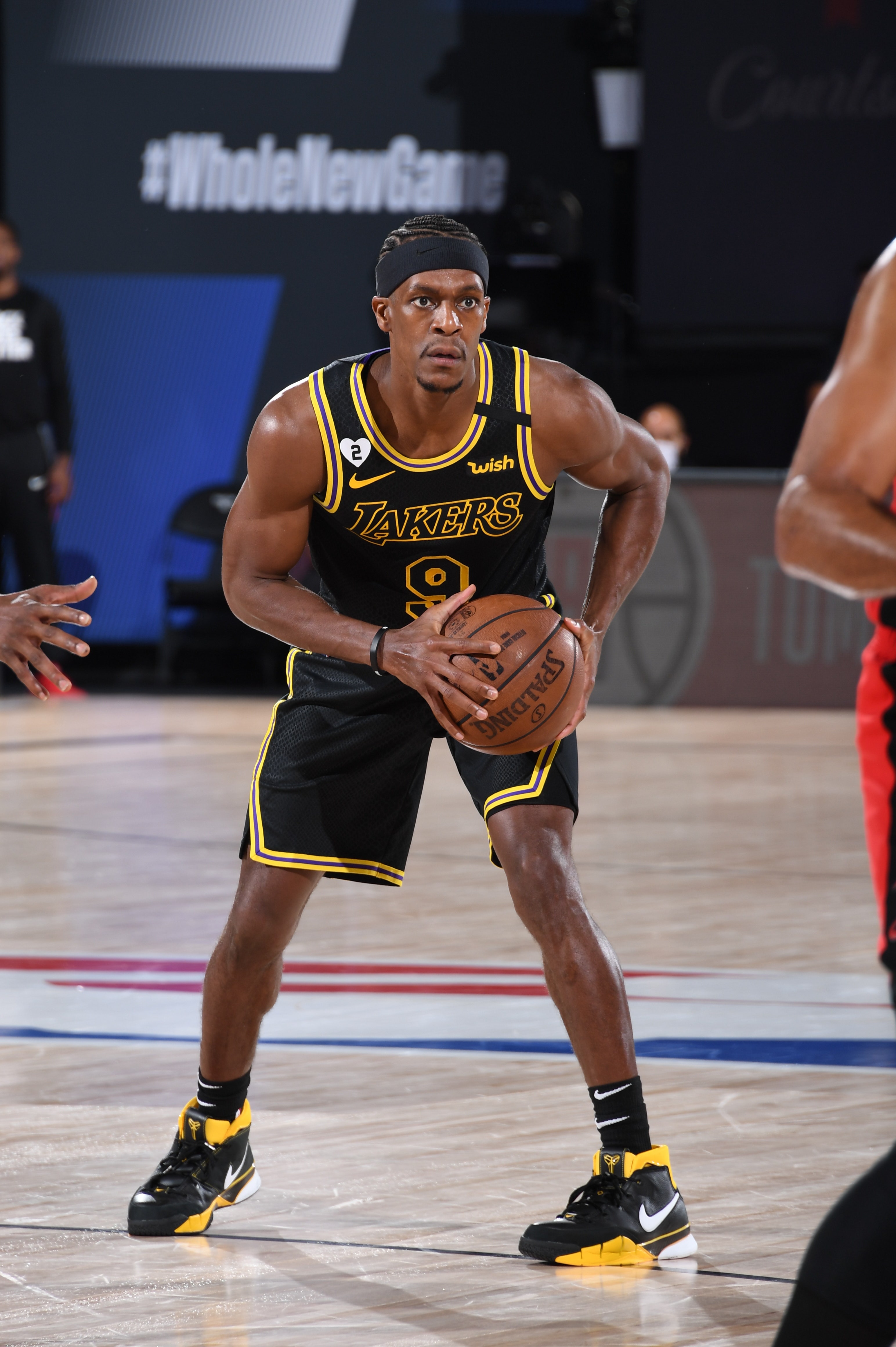