It’s pretty difficult not to hear the opening drumbeat of “I’ll Make a Man Out of You” when Yoson An talks about his preproduction training for Mulan, and not just because it’s one of Disney’s finest anthems. While the track itself was axed from the live-action remake (along with the rest of the original soundtrack), its spirit lives on—mostly because the training montage that accompanied it seems to have gone down in real life during the months leading up to shooting.

Once An was cast as Honghui, Mulan’s principal rival-turned-paramour, the New Zealander joined six of his future squadron buddies for four months of back-breaking prep intended to mimic the training their characters would have received. Under the watchful eye of a former Serbian Special Forces officer, the group did rigorous daily HIIT sessions and kettlebell circuits. Afternoons were spent training in all things ancient war: archery, horseback riding, military marching, and tons of martial arts choreography. They were joined by stunt coordinators from Jackie Chan’s team to nail the back-and-forth of fighting onscreen, before Liu Yifei, who plays the titular role, jumped in to spend an entire month practicing the duo’s first flirty sparring match.

An called GQ from New Zealand, where he’s been enjoying some much more low-key workouts, to talk about how he learned to fight—and act—like a soldier in sixth-century China.

GQ: The standout moments of this remake are hands-down the fight scenes. How much preparation went into those?

Yoson An: We trained for four months prior to production, eight hours a day for five days a week. Our trainer, Bojan Mladenovic, had a military background, so it did feel like a boot camp. My squad trained together like soldiers, like brothers in arms. Bojan guided us through our nutrition and pushed us beyond our limits physically, emotionally, mentally, so we all bonded on a level that not many people can.

We’d spend an hour and a half on high-intensity interval exercise to build muscles. We trained with a lot of kettlebells. Once we got to peak shape we’d do a lot of sprint training, as well as rotations at different stations with very minimal breaks in between, to keep our heart rate up.Then we would spend three or four hours working on our martial arts choreography. We’d have a little break and go into horseback riding, archery, and military marching. It was like a full-time job during pre-production.

And then throughout production we had to keep up our physical training, more or less, because we all had shirtless scenes spread out in different parts of filming. Also the armor that we wore weighed about 25 pounds, which is not that heavy, but when you have it on you for, like, 12 hours, it weighs on you. So the training helped with all that.

Was any of this familiar to you?

Absolutely not. Everything was so new to me. I’d never been on a horse. Because of the horse training I can ride a horse now! I could go hop on a horse and cantor.

What was it like to learn the choreography for all the fight scenes?

It started with those months of learning martial arts—all these different styles, different forms. You don’t get to see it in the film, but we did also learn Chen-style tai chi as a group. Some of us had to use spears; Jun, who played Cricket, would use a bow and arrow, and I was specialized in swords. So all of our trainings were slightly different. If anything, the style in the movie is just Chinese kung fu. We had these stunt boys from China—a lot of them were from Jackie Chan’s stunt team—who taught us a whole lot. They’d guide us through all the basics, and then we’d just add on top of that.

Liu Yifei, who played Mulan, and I trained individually with our stunt partners to make sure we polished things before they put us together to fight with each other and find our rhythms. Every person, even when they might be doing the same moves, has a different rhythm and a different way of communicating. Stunt fighting is not like real fighting, where you’re trying to beat up the other person. It’s about communicating with our bodies, with our strikes, and it’s always a bit of a dance. 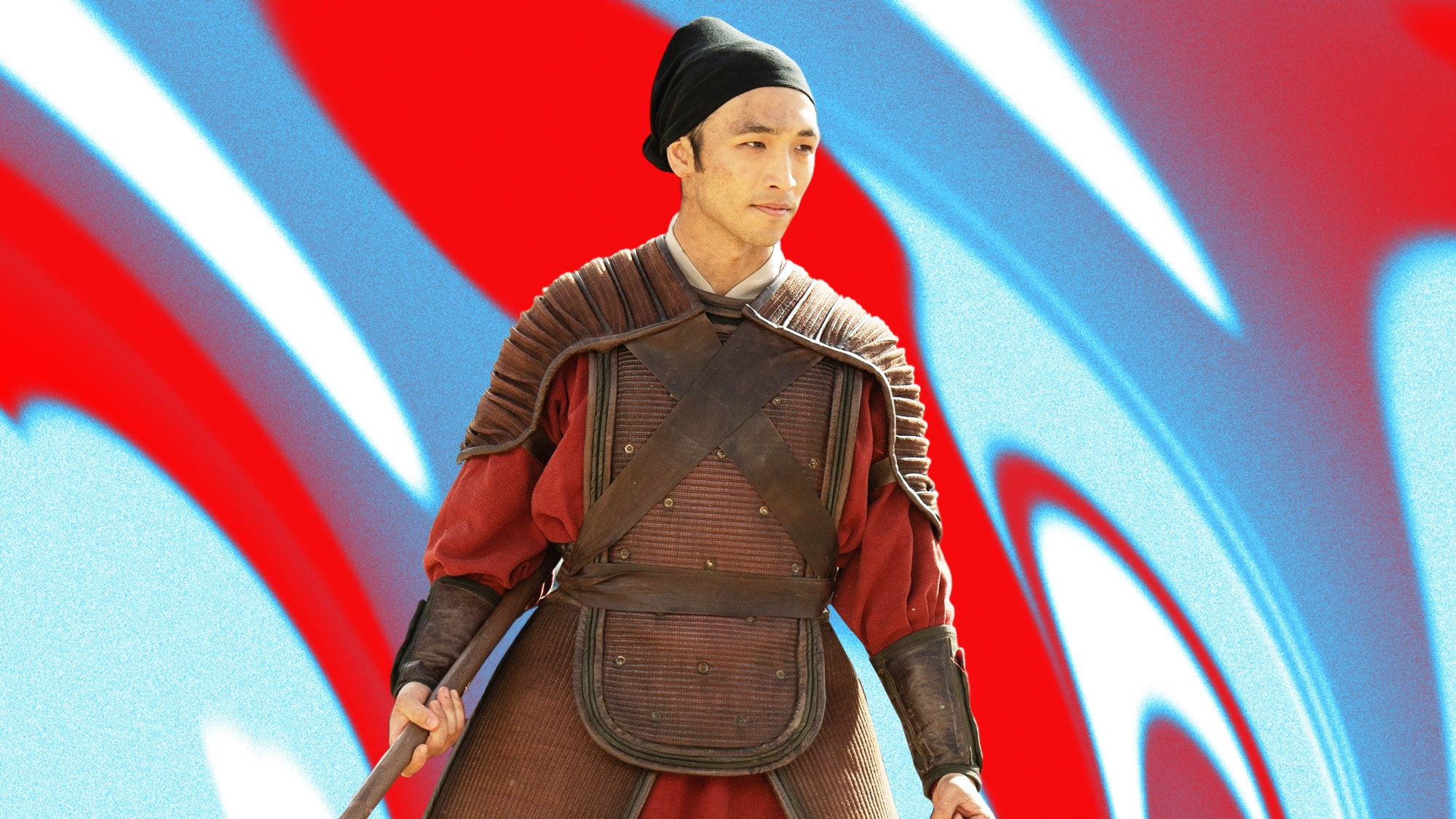