Ruffled ShirtNo one captures the fantasy of playing dress-up quite like Loewe’s Jonathan Anderson—just look at that sea-anemone bib ($3,900)!

Leopard CreepersThe shoes that shod the punk movement and rock revolution are still made in Northamptonshire, England, by George Cox—and they still look killer with a black suit ($290).

Silk Pocket SquareThe pocket square isn’t dead. In fact, since you last checked, brands like Paul Smith have only been making them doper ($75).

A version of this story originally appears in the September 2020 issue, with the title “40+ Ways to Set the Suit Free”. 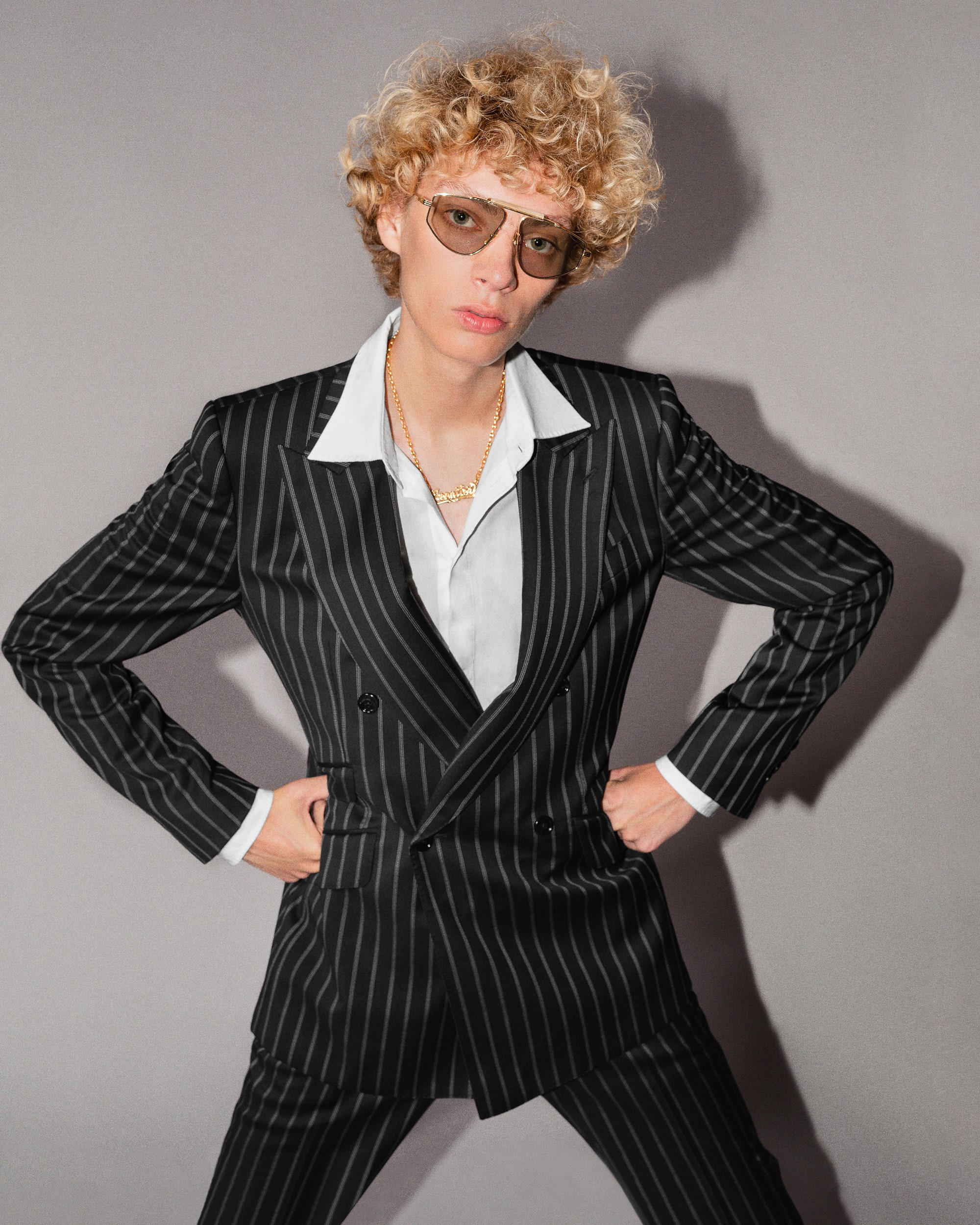