In July, during a Wimbledon second-round post-match conference, Djokovic was asked for his thoughts on Gimelstob. “I think he needs to take time to deal with this serious matter,” he said, adding that “if [Gimelstob] at the end of this whole process is proven guilty, then obviously there’s no support from my side to be part of the sport.” A reporter from Inside Tennis named Bill Simons reminded Djokovic that Gimelstob had, in fact, admitted his guilt to the crime as part of his adjudication in court.

“Ok,” said Djokovic, sounding slightly annoyed. “I will go through the documents, and I will speak to you next time.”

Simons sent the victim impact statements to Djokovic’s manager after the exchange so he could read them. In August, ahead of the US Open, he followed up with Djokovic in hopes of getting a straight answer.

Djokovic didn’t budge. He maintained that Gimelstob had taken responsibility for his actions, and “obviously there is a lot of work in his private life that needs addressing.” He also revealed the two were in regular communication.

It is perhaps this version of Djokovic—cold, dismissive, baffling—that makes the biggest mess of the one he curates for public consumption, and is most at odds with the humanitarian and the emissary of love, light, and intermittent fasting. That most directly contradicts the Djokovic who has worked so hard, and so long, to get where he’s trying to go—a laughing, loving, energy-worshipping goof sharing scenes from his #dadlife, and candid videos from his workouts, from plane travel, from sticking his finger into a sleeping and unsuspecting coach Goran Ivanisevic’s nose.

It is the conflagration of all these Djokovician dimensions—of narcissistic ambition; of wellness and biohacking and the quantified self; of magical thinking; of humanitarianism and generosity of spirit and resources; of misogyny that he’s very, very sorry for—that make Djokovic the perfect GOAT for the post-2020 generation. He is the superhero, and the supervillain, of his era.

Speaking of 2020, Djokovic’s first mishap of the year was announcing, in April, during a Facebook livestream, that he wouldn’t support being “forced” to take a COVID-19 vaccine in order to travel for future competitive play. His disregard for the gravity of the matter was further exacerbated by his choice to organize an exhibition tennis tour in the Balkans—the Adria Tour—during a total shutdown of the ATP because of, yes, COVID-19. The tournament ended early, after participants started testing positive for the virus. On June 23, Djokovic apologetically shared that he and his family were back in Belgrade, and that he and his wife had also tested positive for the virus. He promised they would self-quarantine and retest, and emphasized that everything he did with the Adria tour, he did with a pure heart. He was very, very sorry.

Two months later, Djokovic took to Facebook to announce “the beginning of the Professional Tennis Players Association (PTPA),” a breakaway union he co-formed with Canadian player Vasek Pospisil. It would be the first player-only association in tennis since 1972. It would also, for the time being, be an association without women, and without the support of Federer or Nadal. The announcement was accompanied by an almost artful photo of a blue court, dotted with PTPA’s masked, male players.

There was no lack of consequence for his action in Sunday’s U.S. Open match. He was disqualified from the tournament and quickly left the court. No points, no prize money. He was $10,000 poorer (deducted from his $170 million in tournament earnings, one record he’s already claimed). Broadcast coverage gave us a parting shot of him driving away from Flushing Meadows, alone, in a Tesla. He skipped the press conference, to the tune of a $7,500 dollar fine, and posted his apology to social media from the airport. He was extremely sorry to have caused such stress. It was, in the canon of powerful men who have issued apologies over the past couple of years, a pretty good apology.

We are in the latter third of the Novak Djokovic biopic. In his own words, this is a setback he must turn “into a lesson for my growth and evolution as a player and human being.” That’s such a 2020 thing to say. I hope he means it. 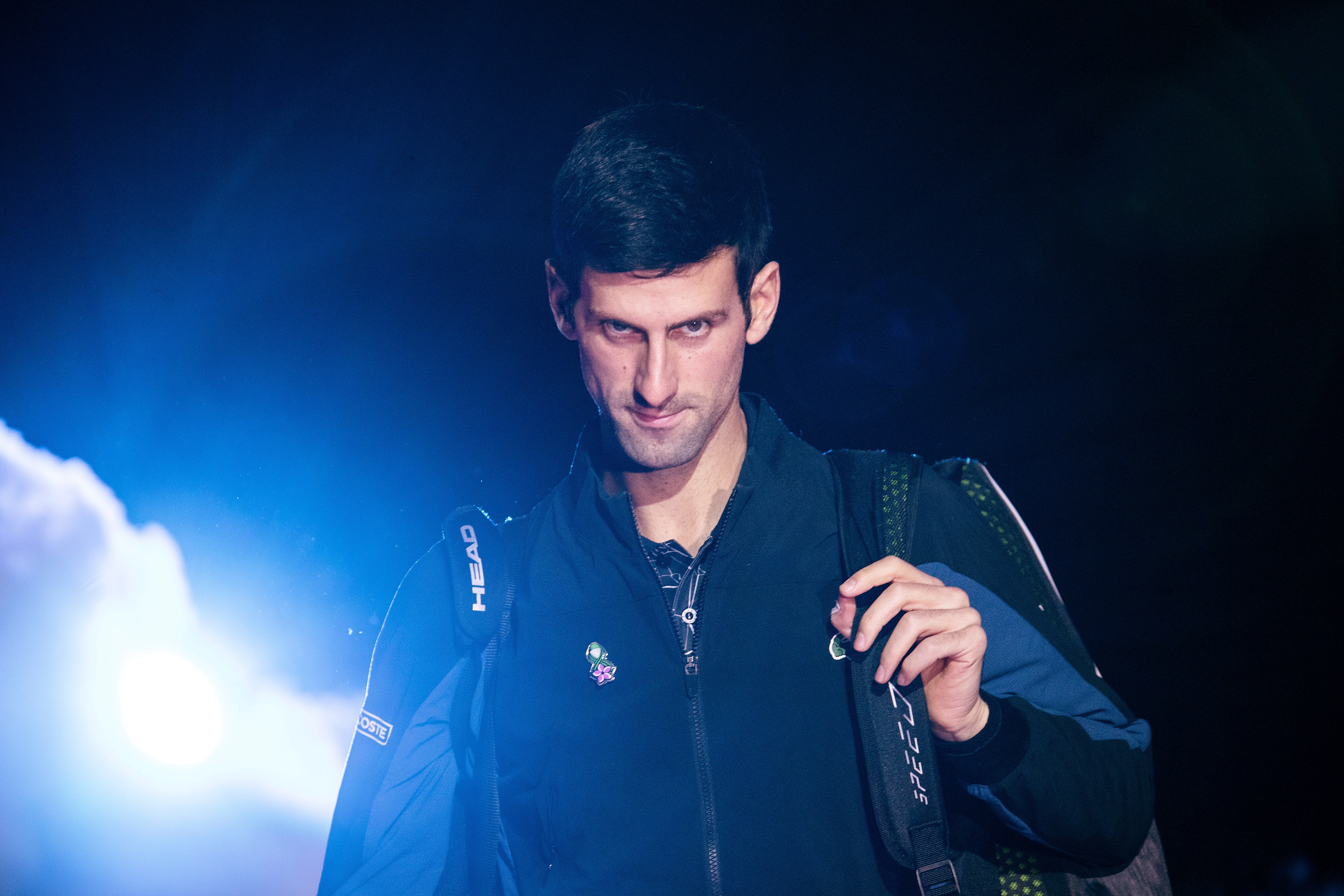